Xiaomi posted its quarterly financial analysis, and the numbers show significant decline. Revenue for the July-September 2022 period was CNY70.5 billion, just south of $10 billion. Of them, 50.5% came from overseas markets.

The revenue is 10% lower compared to last year. Net profit dropped even more – 59% year-on-year to RMB 2.1 billion. However that was partially doan to the RMB 829 million investment in the newly setup EV business and other projects that should bear fruit in the future.

The company also revealed investments in R&D increased by 25%, compared with one year ago, and 48% of its personnel is indeed working in the R&D departments. 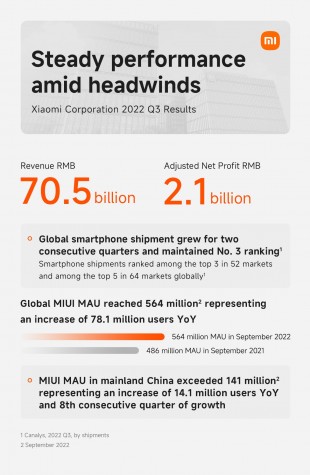 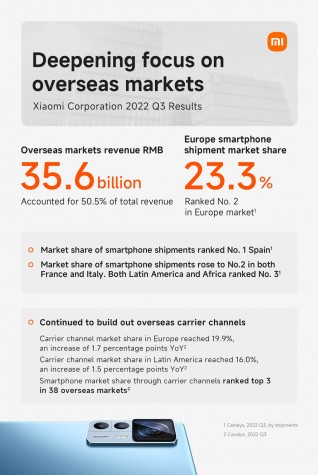 Xiaomi users in the MIUI universe reached 564 million, 78.1 million more than the same period last year – a 16% yearly increase. Interestingly, only 141 million of them (about 25%) are in China.

The company released two flagships in the Q3 period – the mighty camera flagship 12S Ultra and the new foldable Mix Fold 2. Both devices received a massively positive rating on JD.com, but more importantly, the premium products brought a 14% increase in shipments. 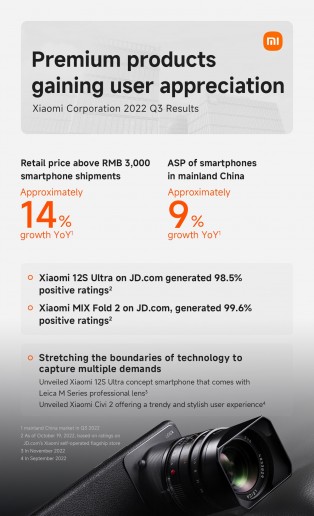 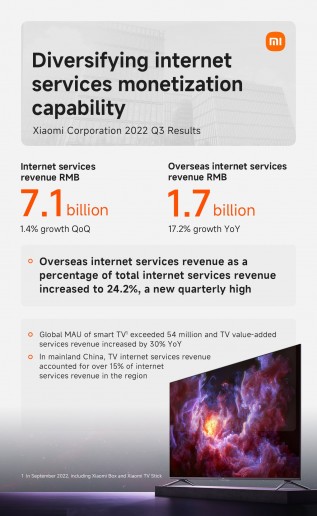 Xiaomi reached 2nd place in the European market, 1st place in Spain, and 2nd in Italy and France. Looking at broader regions, Xiaomi sits comfortably at 3rd in Latin America and Africa.

Smartphone companies in China have struggled to adapt to European customers and their preferences to buy smartphones through carriers rather than going to an party electronics store. Xiaomi revealed it pushed 19.9% of its phones through the carrier channels, which is 1.7% more than twelve months ago. Similarly, in Latin America, it reached 16% of phones through carriers, an increase of 1.5%. 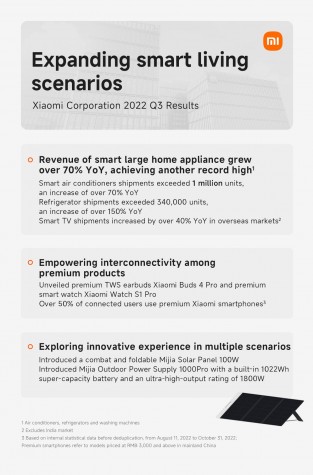 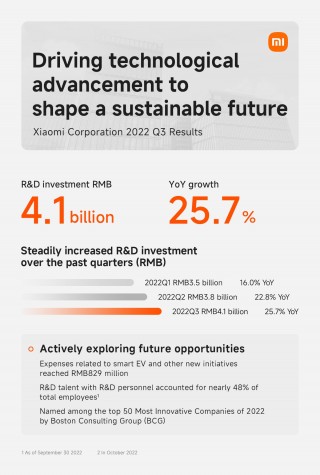 An official press release stated Xiaomi remains solid, demonstrating its resilient business model. The company will keep similarly pushing in the next quarter, right in time for the holiday season, despite the external headwinds and the macroeconomic uncertainty.