Xbox survey suggests gaming brings families together for the holidays Xbox survey suggests gaming brings families together for the holidays


A recent survey conducted by YouGov on behalf of Xbox suggests that families now frequently use gaming during the holidays to connect with each other, with family-friendly gameplay increasing over the last couple of years.

With the holiday season now upon us, many families will be making plans to see each other either in person or distantly. Xbox Live statistics have shown that family-friendly games accounted for more than 50% of the games played over the holiday period in 2021, and the recent survey results conducted by YouGov suggest this year will be much the same. 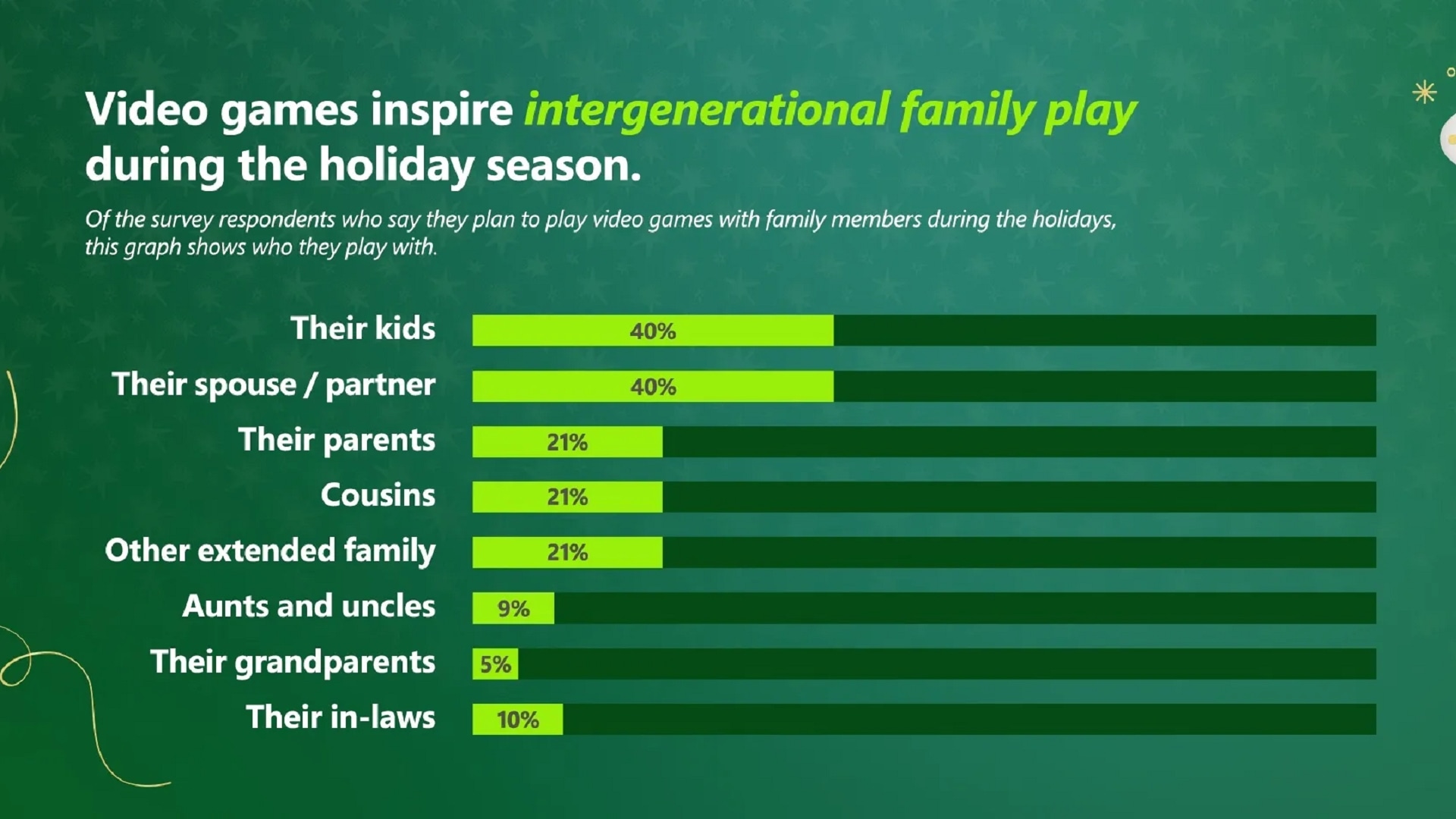 According to the survey results, 40% of parents plan to play games with their children, while 21% of children plan to play with their parents — 19% of parents are going to be disappointed. The survey says that 56% of the people asked think that the passing of video game playing to younger generations is a great tradition, which we would also be inclined to agree with — introducing my son to new games makes for a great bonding experience, and it’s something he can do with his grandparents too, which the survey says 5% of respondents plan on doing.

Naturally, the holidays are a time to unwind, and according to the survey, 54% of the people asked will use video games to de-stress, beating social media scrolling’s 46%, and 30% prefer to give gifts that the whole family can enjoy. If you plan on using games to interact with others this year, we’ve got some of the best Xbox games for the family you could check out.

If you’ve got an Xbox Game Pass subscription, why not check out some of the best Game Pass games to see if there is something you can enjoy with your family, such as Stardew Valley and Forza Horizon 5. Additionally, while not family-friendly, High on Life from Squanch Games is coming to Game Pass in December, which could offer a comical escape from reality. If Gamerscore is more your thing, you could boost your score a bit with these Game Pass easy achievements.

What do you plan on doing over the holiday period? Will you be spending some time playing Xbox with your friends and family? Drop a comment below and let us know! Metal: Hellsinger is now available on Xbox One and with Xbox Game Pass, offering a separate achievement list and some...