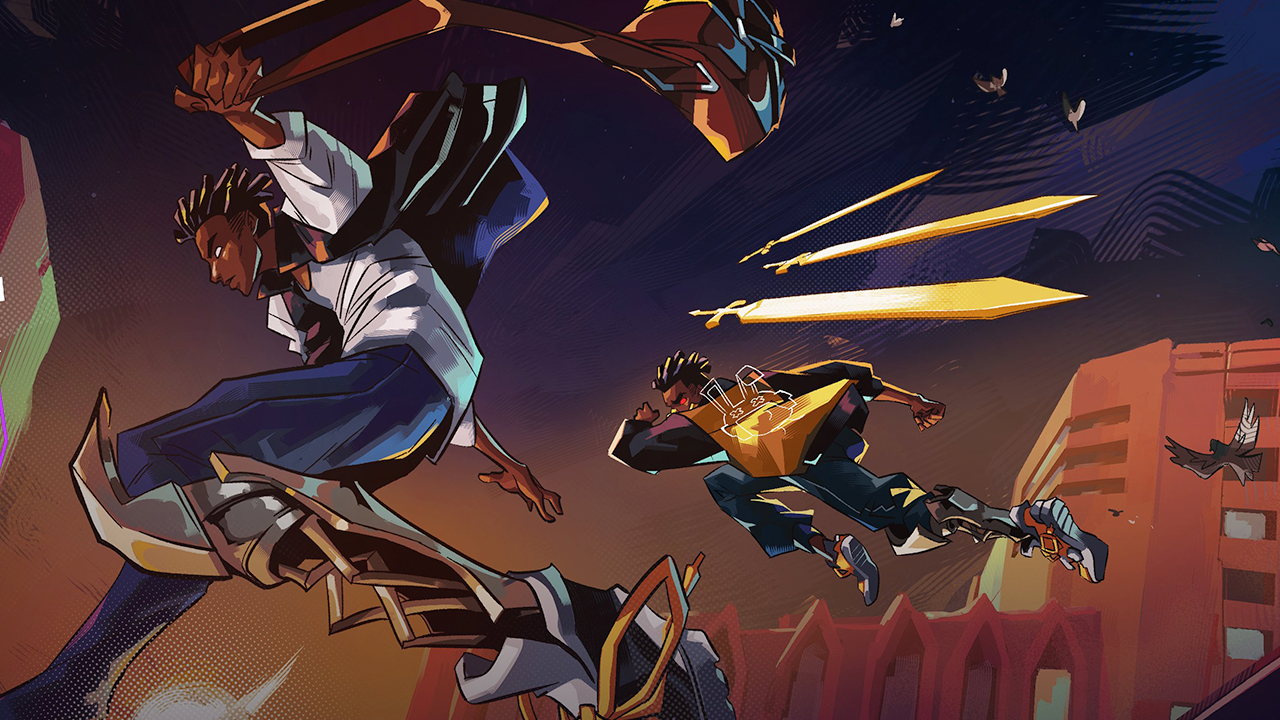 As detailed by Xbox Wire, all of these Games with Gold will be available to those with Xbox Live Gold or Xbox Game Pass Ultimate, and the first two – Broken Sword 5: The Serpent’s Curse and Hydrophobia – arrive on February 1.

Broken Sword 5: The Serpent’s Curse, which will be available from February 1-28, puts players in the shoes of American George Stobbart and “sassy French journalist Nico Collard” as they follow the trail of a stolen painting and a “murderous conspiracy” that has “roots older than the written word.”

The Broken Sword series began in 1996 with Broken Sword: The Shadow of the Templars and the games are point-and-click adventures that have followed the stories of Stobbart and Collard for years now.

Aerial_Knight’s Never Yield will be available from February 16 to March 15 and puts players in the shoes of Wally, a “mysterious character always in motion as you run, jump, slide, or dash to the soundtrack of Danime-sama.” The game also boasts a “runtime of an action movie,” meaning it’s perfect for those looking to find a new game that won’t take hundreds of hours or those who may want to find their next speedrunning challenge.

Hydrophobia, which will be part of Games with Gold from February 1-15, was, in 2010, setting out to deliver an unprecedented horror game with “next-gen water rendering and other advanced technology.” It follows Kate, who must use her engineering skills to “fight back against terrorists who have taken control of her floating city.”

In our Hydrophobia review, we said that it “relies on its impressive water simulation to hold up an otherwise standard action game. It’s definitely worth playing, though, and using the environment to creatively put down your enemies is quite satisfying.”

Band of Bugs, which will be available from February 16-28, was first released in 2007 and has you fighting against spiders, bugs, and “even your friends in Spider Hunter Mode.” It is billed as a “fast playing, accessible game for fans of the tactics-strategy genre, that puts you into the game.”

In our Band of Bugs review, we said, “Band of Bugs is a success in just about every category, except the most important one. The feature set, most notably the level editor, visuals, sounds, and wit all work and work well. Unfortunately for fans of turn-based strategy games, the gameplay won’t hold up to the standards we’re all used to.”

As you wait for these games to arrive, be sure to redeem January 2022’s Xbox Games with Gold before they leave the service, including NeuroVoider, Aground, and Space Invaders Infinity Gene.

CockroachDB With SQLAlchemy and MIT Kerberos