Wreckreation Knows You Want Another Burnout, So It’ll Let You Build It (and Thousands of Other Things)

EVERY Reaction to DREAM's FACE REVEAL!

Wreckreation Knows You Want Another Burnout, So It’ll Let You Build It (and Thousands of Other Things) 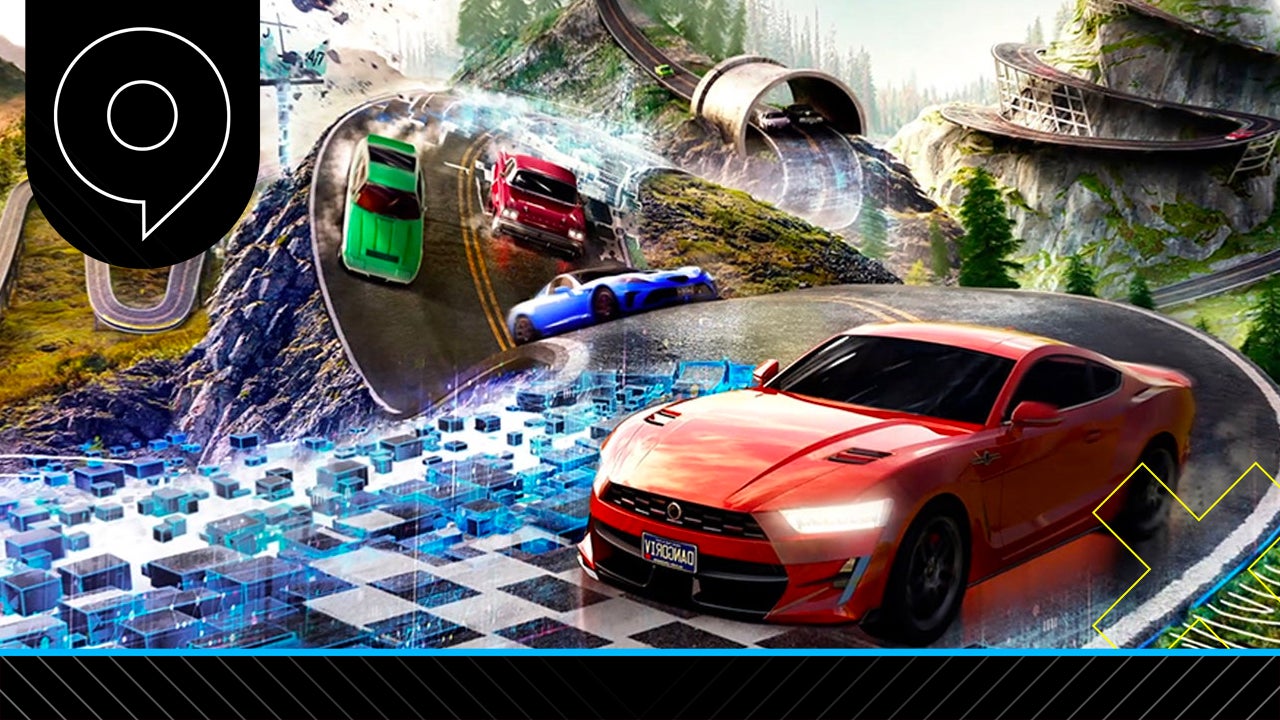 Three Fields Entertainment, the studio formed in 2014 by former Burnout Paradise creative director Alex Ward and Criterion studio director Fiona Sperry, began work on Wreckreation by just trying to imagine a giant open-world racing toybox. Having seen it in action, it’s clear that it shares plenty of DNA with its creators’ previous work. The team built a huge map (“The largest map Unreal Engine lets you make is 440 square kilometers. We’re a team of just seven people… so we made the map 440 square kilometers”), created some cars, and began to play around inside.

Work began 18 months ago amid COVID lockdowns and the developers decided that, instead of Zoom meetings, they’d meet up inside their own game world, allowing themselves to test the game constantly, even while they discussed its future. One day, studio head Alex Ward wondered aloud about being able to place a ramp into the world, and if other players could build on top of it. His programmer asked him to give him 24 hours.

When they returned the next day, Wreckreation had effectively been born.

Rather than an open world, think of Wreckreation’s map as a canvas. It’s a gigantic area of snaking roads, shifting biomes, and interesting off-road spots. You can’t modify what’s already there, but you have hundreds of options for what to add to it. An in-game menu lets you stop driving and place everything from loop the loops to giant soccer balls – and other players in your world can do the same, while you do.

Right now, it’s unclear how many players will be able to share an instance of the game world. Ward says the studio has only tested with eight players so far, because his team is only seven people and they’ve only invited one other person from THQ Nordic to play it with them regularly. Given the scale of the game world, the potential for many more players is vast. “We’ll see what it takes,” Ward claims. What’s most important right now is that any new players joining a game will always spawn where the most activity is happening – whether that’s building, racing, or just cruising around.

Three Fields calls this on-the-fly customization the Game DJ system, a means of creating and remixing potentially huge, permanent new elements of the map collaboratively. These aren’t just for show – you can build game modes, too. I watch as two players build an impossible extra road, which hovers out over a cliff edge, adding corners, barriers, and decorations, before adding a start point, a finishing line, and rules. Within minutes, the world has a new race event (which is reflected on the game’s map).

Naturally, for a team made up of veterans from the Burnout series, there’s a fully modeled car damage system, and you can create crash events. Traffic can be turned on in the world, and I saw the developers effectively create a classic Crash Junction – then turn all the traffic lights on each side to green, leading to an endless pile-up. Later, they reveal a whole menu of outlandish obstacles – crushers, swinging blades, automatic battering rams – and create what feels like a car-sized Fall Guys obstacle course on a leafy, empty road.

Customization is everywhere. You can change the HUD into entirely different themes, from sleek and modern to a literal medieval look. You can rename individual roads or points of interest. There’s a swathe of in-game radio stations, but Three Fields will let you connect Spotify Premium to provide playlisted soundtracks of your own (and it’s working on even tying individual songs to events during your own creations).

While still relatively early in development – the team’s hoping to release Wreckreation next year, but won’t commit to a new date – there’s a massive amount of potential here already. With the basics in place, Three Fields wants to add depth upon depth, allowing players to create entire ‘campaigns’ worth of events, or micromanage coded elements to the point of allowing a soccer goal to recognise that a ball’s been rammed into it. Individual creations, or even your entire world, can be shared with and remixed by other players. Ward even wants elements of the world to reflect you: if I place a petrol station, it’ll be branded ‘Joe’s Oil’; if I place two, Joe’s Oil trucks will travel between the two; if I build a whole network, a Joe’s Oil tanker will be visible in the sea. It’s head-spinningly open to interpretation.

Ward has a bold philosophy – “The age of the developer is dead.” What he means is that Wreckreation is a gigantic toybox for players to create their own games. Three Fields will provide the tools, and a number of pre-made examples to show what can be done, but the onus will be on the community to make more, share more, and experiment more. Some may be turned off by the overwhelming feeling of a blank canvas, ready to be filled – but I imagine many, many more will be thrilled to find that an entire open world can be made into a personalized playground.

The Full Story of MKBHD