Puzzle Bobble — once known as Bust-A-Move in the west — is one of our favourite Taito franchises, so we’re always happy to see more entries in this Bubble Bobble spin-off series. And Taito has today revealed the next new entry, coming exclusively to Switch in 2023.

Puzzle Bobble Everybubble! doesn’t just come with an adorable title — it also looks utterly adorable, too! After teasing the game last year, Taito has revealed that Bub and Bob are back along with two other tiny dragons — Peb and Pab — and all four of them are ready to burst bubbles throughout the Rainbow Islands. And hey, this announcement came the day before Bub’s birthday — happy birthday to our favourite green video game lizard! (Sorry, Yoshi. We love you, too.)

This new game will be the first entry in the series to feature a four-player co-op story mode, so you’ll have to fight over which dragon you want to play as. Publisher ININ games, who also brought Bubble Bobble 4 Friends to Switch, has shared some brief details about the upcoming game, along with a few screens:

Story
The story of Puzzle Bobble Everybubble! brings Bub, Bob, Peb, and Pab to Rainbow Island, where Miniroon, a mysterious character similar to Bub lives. One day, Miniroon suddenly starts to emit a large number of bubbles, covering the whole island and causing problems for its residents. Time for our four friendly bubble dragons to step in and help Miniroon, whose bubble-blowing is bad news for the island!

About Puzzle Bobble
Puzzle Bobble (a.k.a. Bust-A-Move) is an action-puzzle game where the brothers Bub and Bob, who have been transformed into bubble dragons by a wizard’s spell, go on a bubble-bursting adventure. The classic gameplay formula is simple but addictive: using various items and gimmicks, connect three or more bubbles of the same colour to remove them from the field and progress. A spin-off from the 1986 arcade hit Bubble Bobble, Puzzle Bobble/Bust-A-Move has seen over 20 series titles across countless platforms since its 1994 debut. As the sole owner of Bubble Bobble and Puzzle Bobble’s worldwide IP including copyrights and trademarks, TAITO will continue to expand both properties going forward. 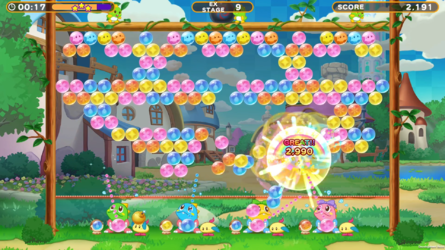 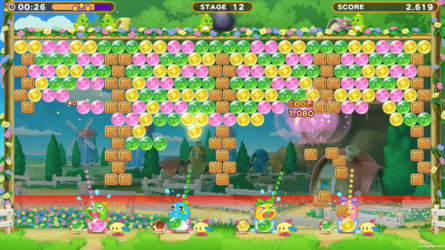 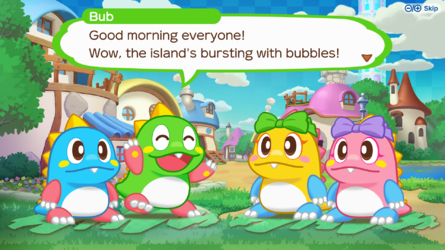 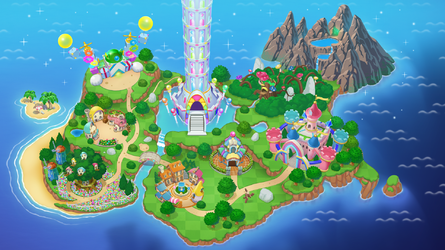 Make sure you check out the video at the top, which shows just how four-player co-op works, but Taito and ININ Games are promising more news for the game in the future. We’re just excited to hear those bubbles pop again.

Are you a Puzzle Bobble fan? Are you excited to see this new entry? Let us know in the comments!