Sometimes my favorite game of this week actually came out… last week. When a game comes out after our weekly round-up which posts late Wednesday night US time, I’ll add it into this current week’s Wednesday round-up and thus keep it in consideration for a Game of the Week nod. Well that is precisely what happened with Automatoys, the debut title from developer Idle Friday. It technically came out over a week ago, and even in the face of some really good releases from this current week this is one that you don’t want to let slip by.

First off, Idle Friday is headed up by Steffan Glynn, formerly of State of Play, creators of some truly beautiful games like KAMI, Lumino City, and INKS. That same sort of focus on beauty and high quality runs through Automatoys as well. This could probably be described as an action puzzler, but as its name implies, it’s also kind of a digital toy. Each of the game’s levels are intricate contraptions where you’ll pop in a coin and out pops a happy little ball, and you’re tasked with getting that ball from its starting point to the ending point somewhere else on the contraption. 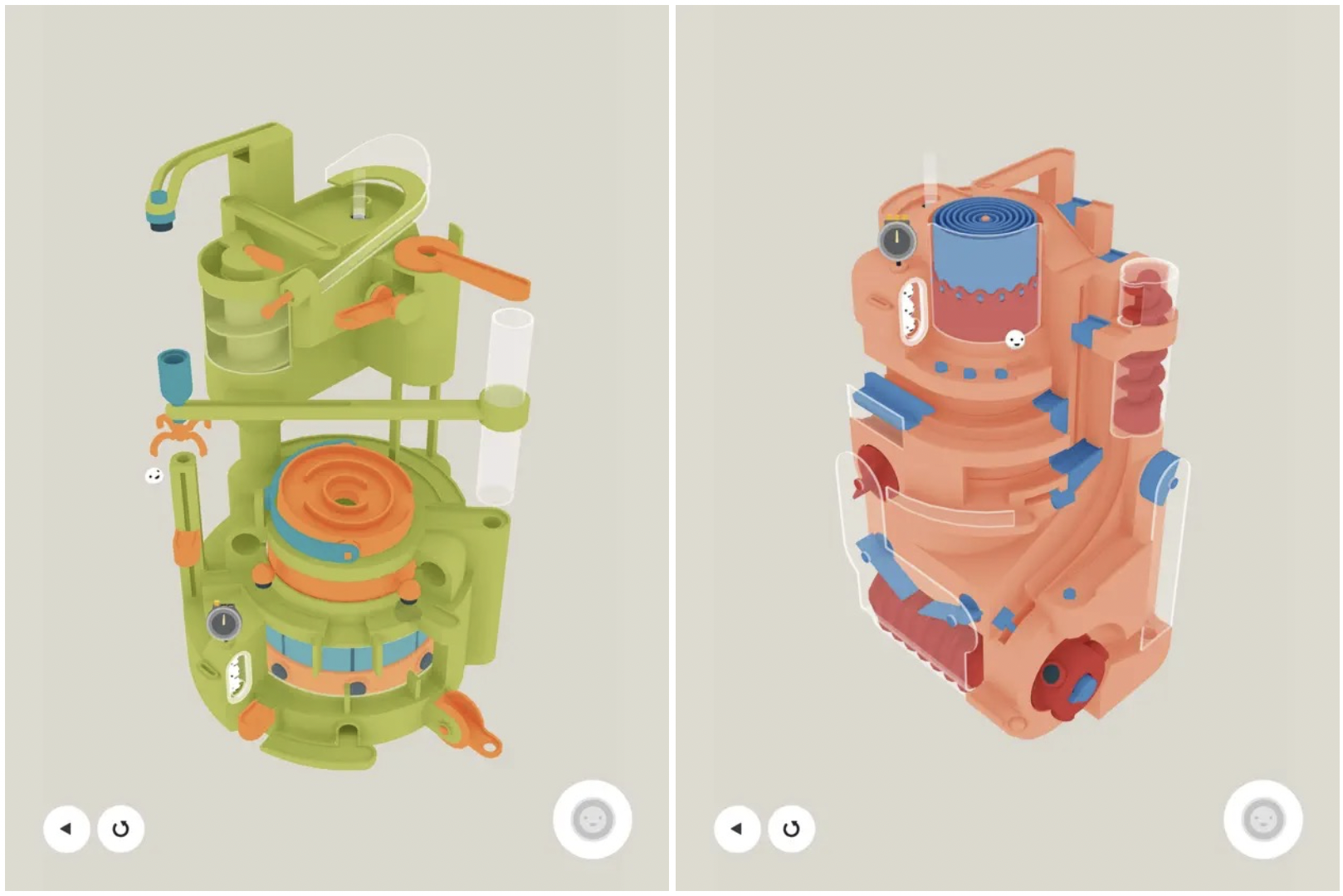 One of the brilliant things about Automatoys is that you simply tap anywhere (or tap and hold down) to make the mechanisms of the contraption work. In this way it reminds me a lot of Perchang, and in fact I would say describing this game as Perchang meets Monument Valley wouldn’t be too far off. The first few levels start out fairly tame, but eventually you’ll be working your way through incredibly complex machines that need expert timing and some clever thinking to make your way through. There’s also a 3-star system based around how quickly you make your way through a level.

As with the Monument Valley games though, some may feel Automatoys is on the shorter side. There are only 12 levels, but “only” is doing a disservice to how intricate and well-designed each of those levels are. They also get sufficiently challenging as you work you way through them, and with the 3-star system there is actually good replay value here. I only mention it because some people want the world for their three dollars. You can download Automatoys for free and check out the first few levels, and then unlock the rest for a one-time IAP of $2.99. This is a game that puts the biggest smile on my face, so don’t let something this special go overlooked.