A new fantasy adventure title from developers Underscore and Joy Brick Inc. has been dated for Switch, and it’s a Switch-exclusive, no less. PQube will be bringing Aliisha: The Oblivion Of Twin Goddesses to Nintendo’s console in physical and digital form in Spring next year.

As shown in today’s Indie World Showcase, this game features two twins — Aisha and Lisha — and gameplay involving “asymmerical information” sharing and cooperation, according to the game’s official website. It’s described as “an emotional journey into the unknown with distinctive and surprising gameplay” and appears to involve exploring temples and adventuring in the usual fantasy manner.

While offering a fantasy adventure with a lovely-looking art style, it seems the game will feature a ‘unique’ form of local co-op play involving one person using the Joy-Con in docked mode, and the other using the Switch in handheld mode. Aisha is the more active of the twins and her gameplay will involve solving motion-controlled puzzles using the Joy-Con in docked mode. Alternatively, tech-savvy Lisha controls AMBU in handheld mode, an AI robot used to explore and solve environmental puzzles remotely.

It all sounds intriguing, if a little vague around the specifics — we’re assuming local wireless co-op which involves two Switches will be required, unless you have to swap and (un)dock a Switch shared between two people. With so many Switches in the wild now, and many households having more than one under their roof, local wireless co-op is perhaps less of an ask than it might have been even a couple of years ago. There’s no shortage of great couch co-op experiences on Switch, so it’s certainly nice to see developers trying something a little different, something built very specifically for Switch — and a game where at least one of you will have to get off the couch.

Here are some screenshots, plus some features highlighted in the official PR and details on the physical pre-order available at the time of writing: 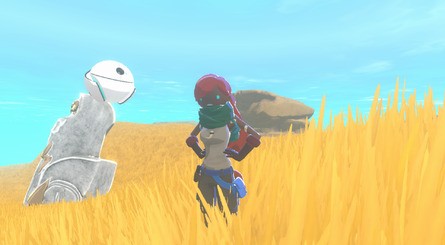 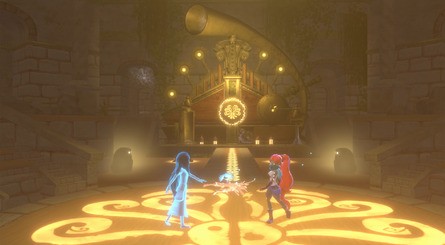 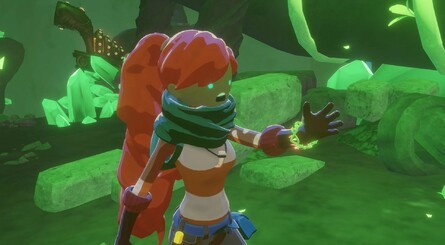 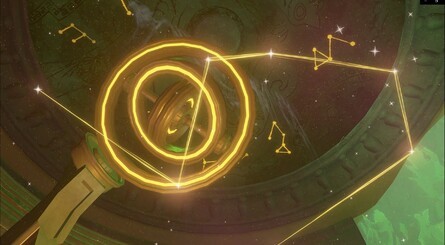 – Prepare for an emotional journey as you unravel the mystery of the two twins, Lisha and Aisha
– Control Lisha’s AI robot AMBU to accompany Aisha in her journey
– Explore a stunning 3D world either alone, or with a friend
– Introducing a unique local co-op mode, where one player controls Aisha with the Joy-Con controller on the TV, and the other plays as Lisha with the Nintendo Switch system in handheld mode
– Built specifically around the unique hardware features of the Nintendo Switch system, use the Joy-Con controller and HD Rumble to operate devices in the story
– Multiple endings based on your choices and progression throughout the game
– Two unique musical scores for each sister that combine for a beautiful soundtrack

Like the look of this? Intrigued to hear more about this asymmetric gameplay? Let us know below.

Warframe’s The New War Update Is Live Across All Platforms