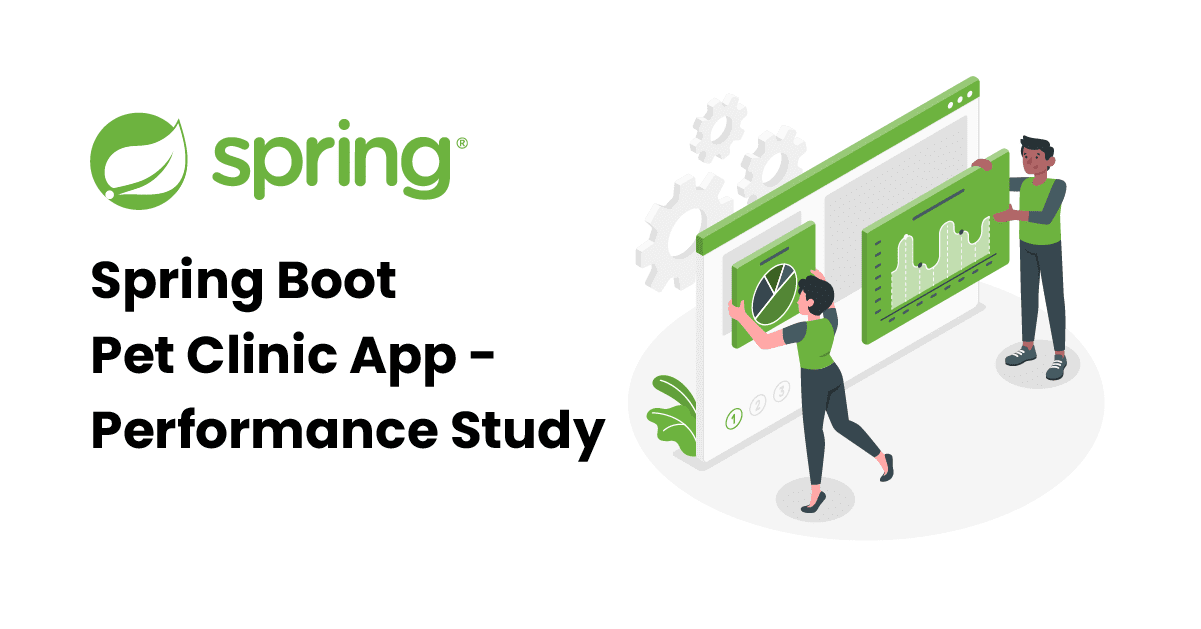 Spring pet clinic application is a sample application developed by the Spring Framework developers to demonstrate the capabilities of Spring Boot, Spring MVC, and Spring Data Framework. We set out to conduct a performance test on this application and see whether we can identify any performance bottlenecks.

We cloned the Spring pet clinic application’s official Github repository and followed instructions to build a JAR file. Once the JAR file was ready, we launched the application on http://localhost:8080.

We launched the pet clinic application in the following environment:

To conduct this exercise, we used Redline13 – a cloud load testing tool. We decided to use RedLine13, as it provides distributed load testing capability in the cloud at a very low cost. Besides that, it takes a standard JMX script as input for testing. The Github repository of the Spring Petclinic application comes with a load testing JMX script. However, this script had a few problems. We fixed those problems in the JMX script and executed the following scenarios in our load test.

We conducted the Load test with the following configuration:

Here is the actual Redline13 test result report. We would like to point out a few interesting metrics that were reported by the Reline13 tool.

Page-level response time: Redline13 was also reporting individual page-level requests response time. The below table shows complete statistics for every single request, which has been executed. 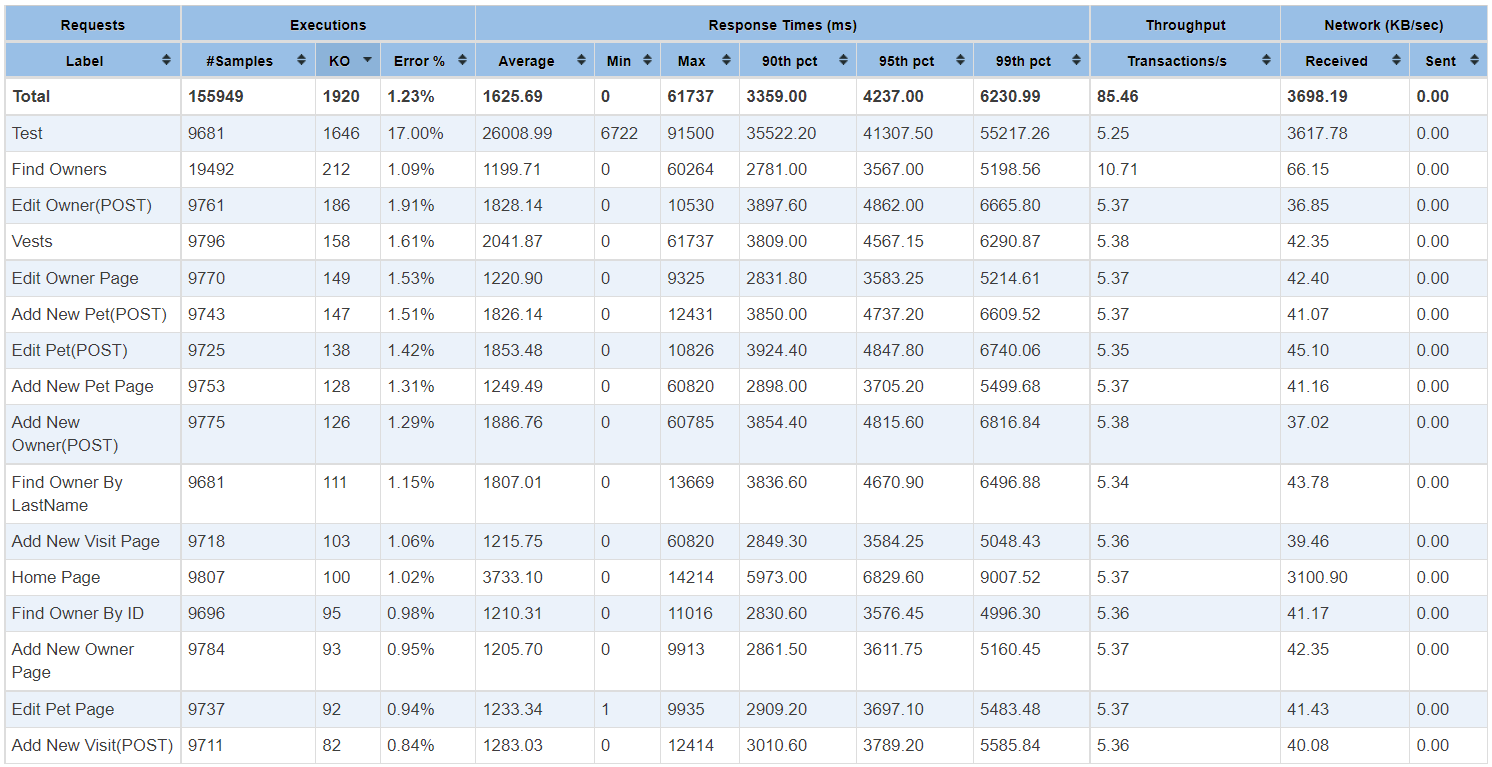 Network Traffic: During the entire test run, we sent 1.05GB of data in the network and received 6.68GB of data back from the Spring Boot Petclinic application 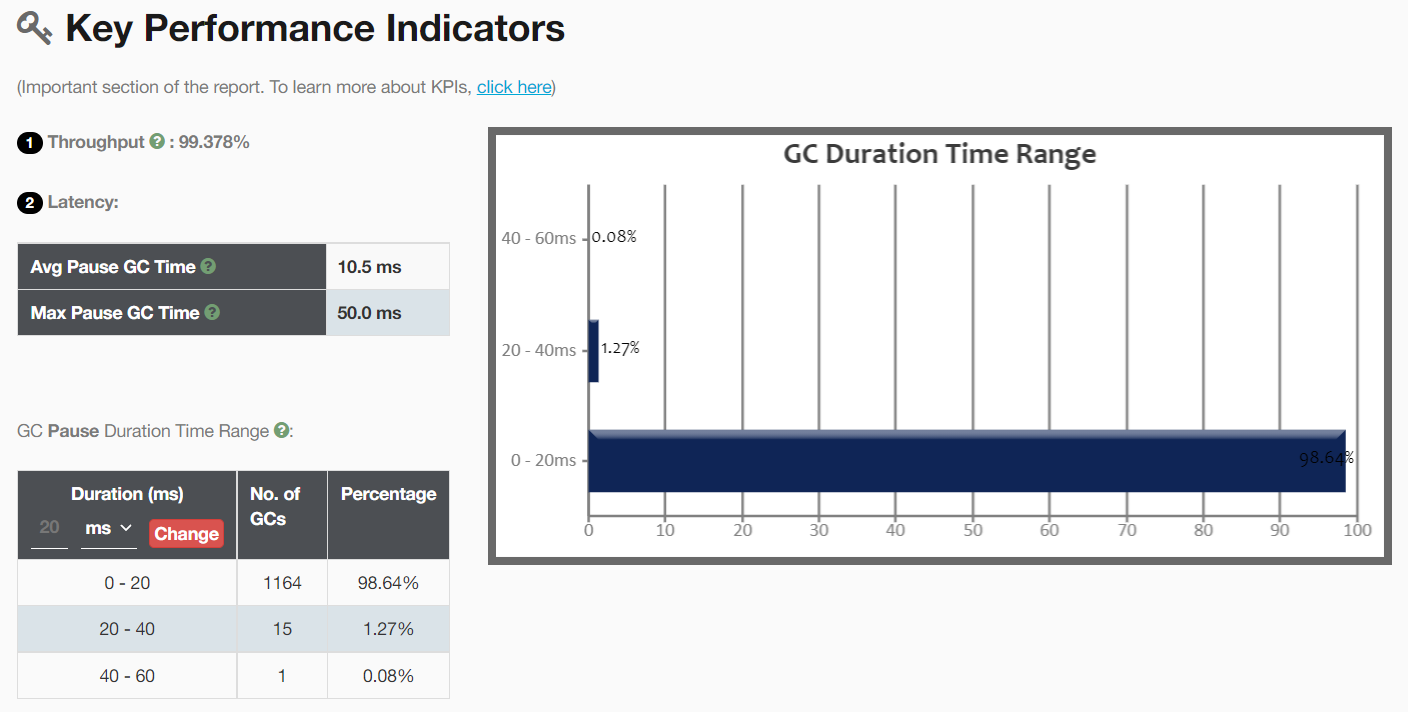 The yCrash tool reported that the application had created 212 threads. In that 90% of threads i.e. 190 threads were in the TIMED_WAITING state. Basically, they weren’t doing anything.

Almost all of the TIMED_WAITING threads were from the tomcat container thread pool. Since we captured the thread dump towards the end of the test run, it might explain why most of the threads aren’t doing anything.

Thread report contains several sections such as Deadlock, thread groups, CPU consuming threads, Blocked threads transitive dependency graph, threads that are experiencing exception, threads call tree; it also painted the flamegraph, showing the concentration of execution of code path in one single concise view. Below is the screenshot of it: 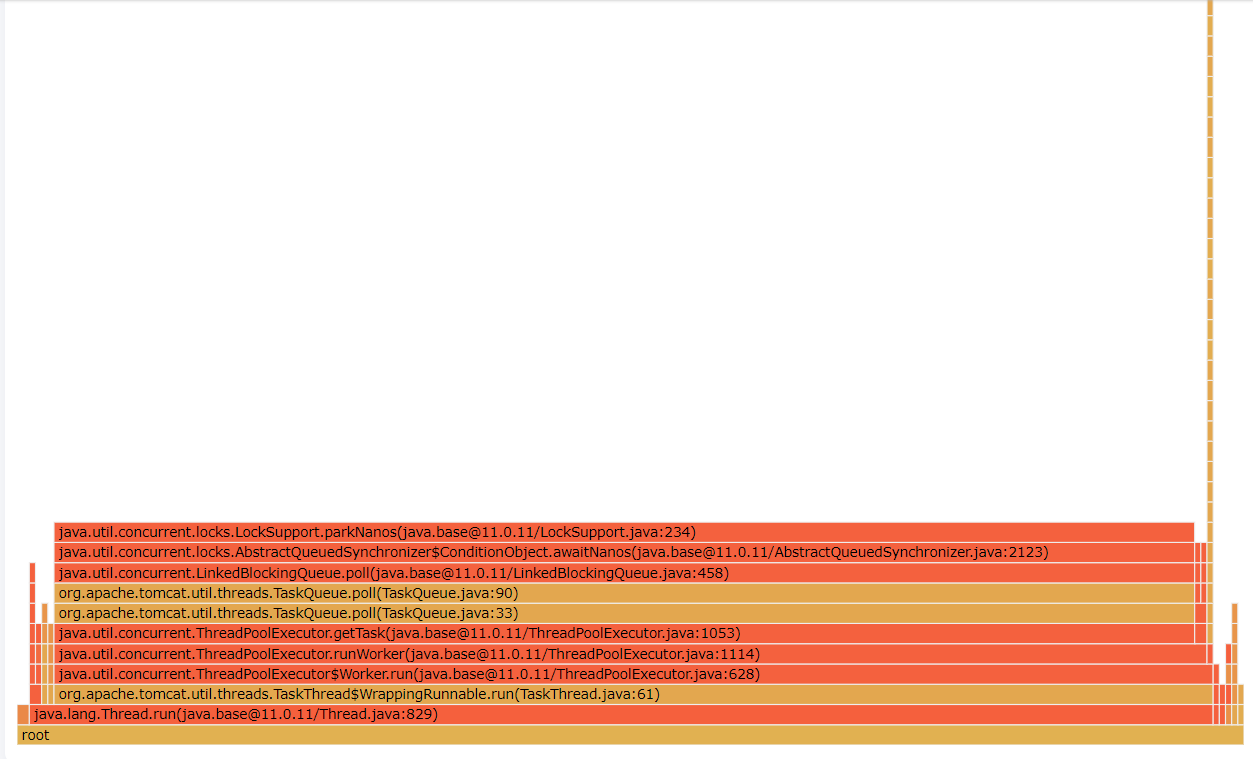 Heap dump analysis reported by the yCrash tool indicated that the application is wasting 61% of memory because of inefficient programming.

This memory wastage reporting is pretty much consistent with our earlier findings that we published almost 2 years back. Modern applications tend to waste a lot of memory because of inefficient programming practices. The Spring Boot pet clinic application is no exception to it. You can refer to our earlier report to see where all memory is wasted and how it can be avoided. We don’t want to repeat the same contents in this post. 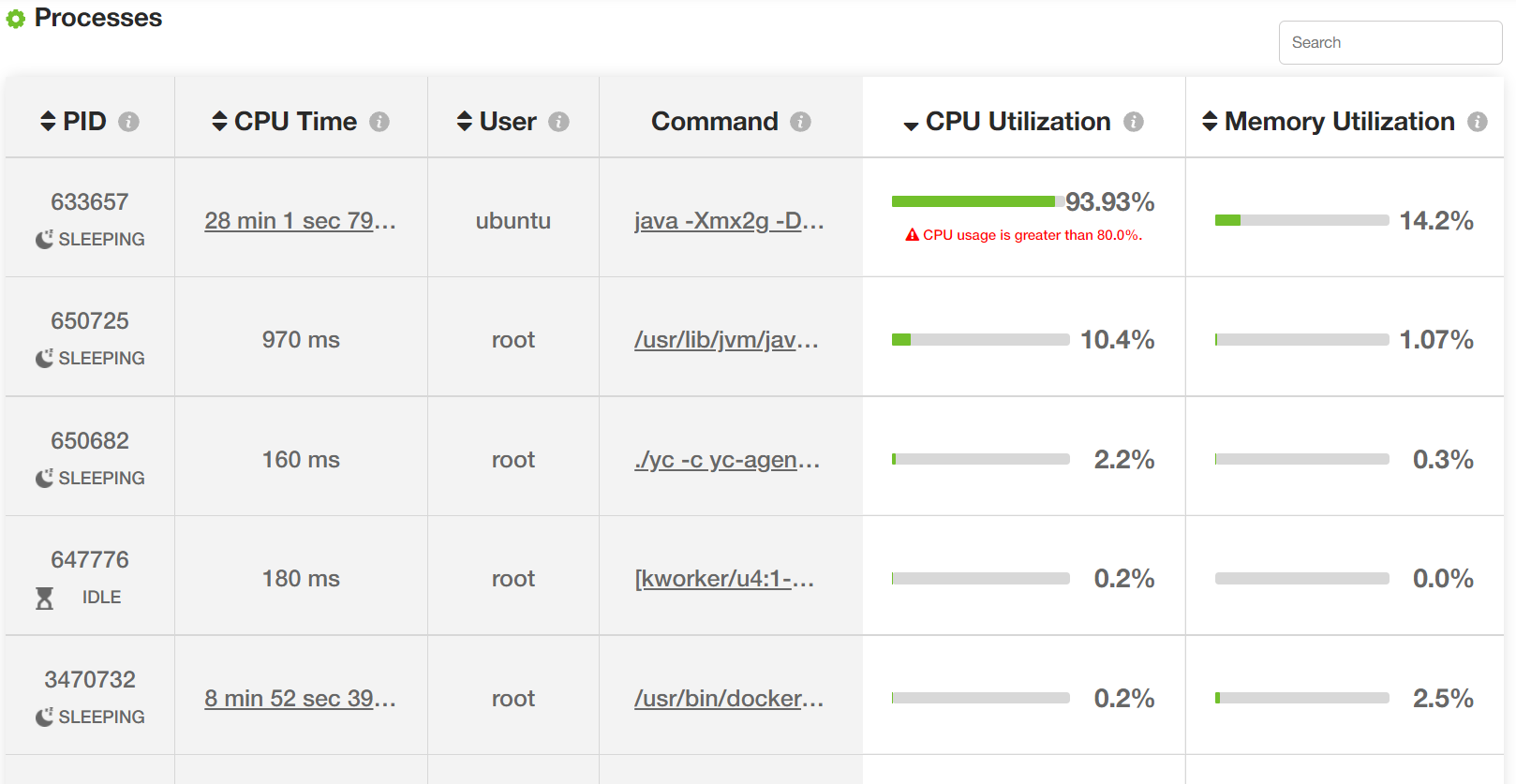 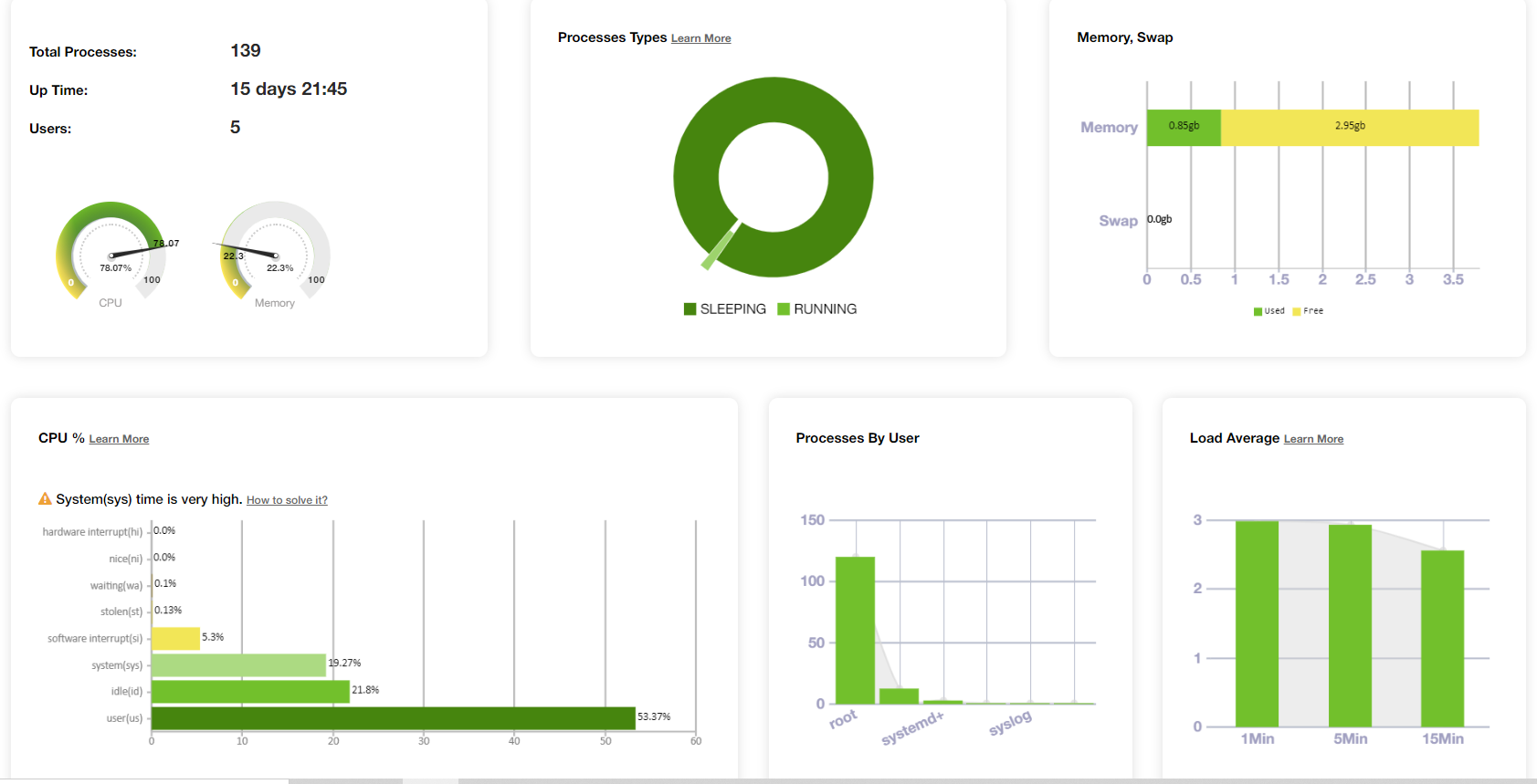 Sometimes outages can happen when there is a lack of disk space. The application writes to disk for logging or other purposes. The yCrash tool reports the storage space utilization on the device. Below, is the yCrash report on the storage: 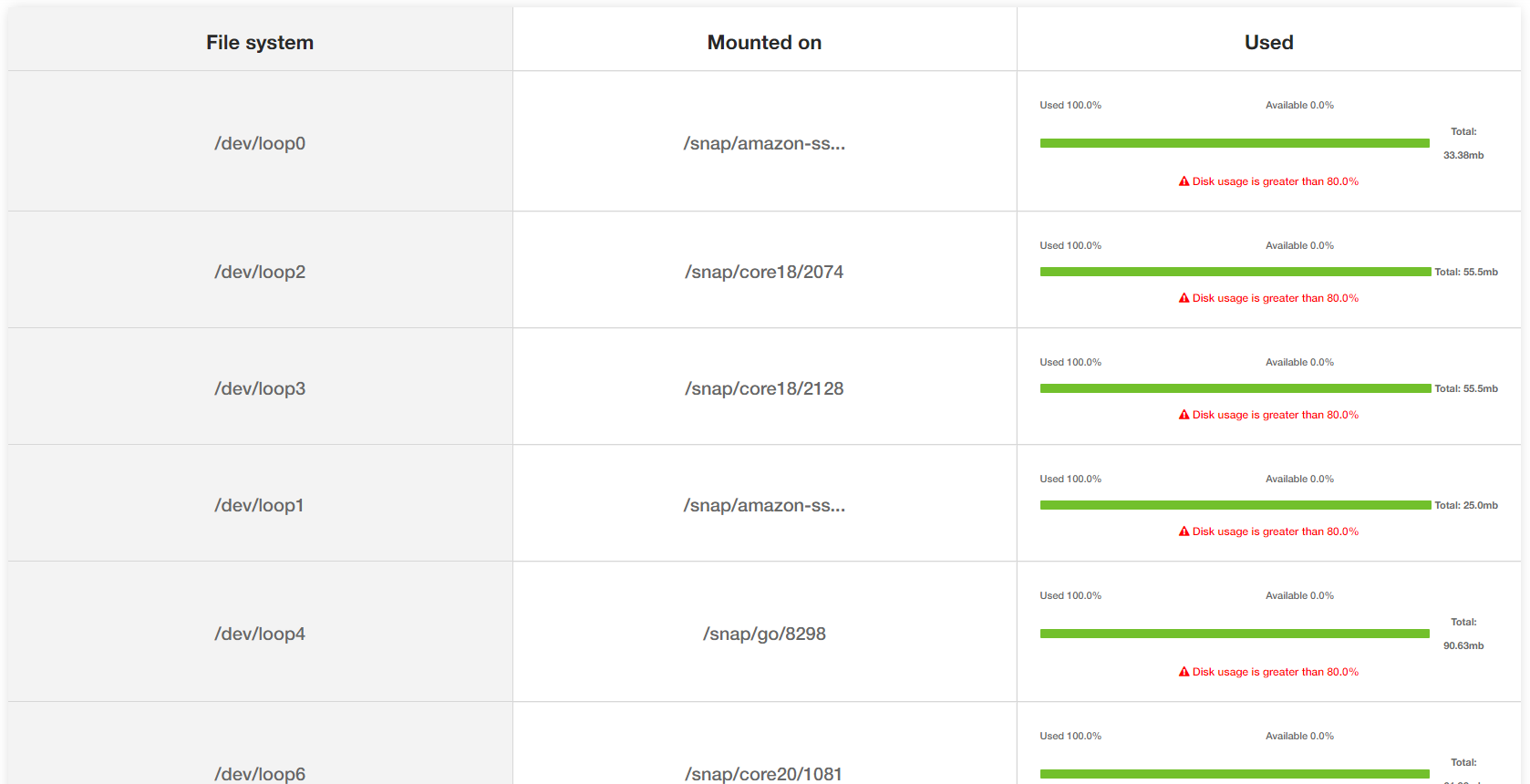 Fig: Storage utilization on the device

We were running the Spring Boot Pet clinic application on an EC2 with very limited disk space. Thus, the yCrash reported warnings on the file mounts which lacked disk space.

Fig: TCP connections by host and their states

Performance problems or instability in the application can surface because of the issues in the Operating system as well. The yCrash reports the kernel’s log and kernel settings as well. If there is any network problem, memory problem, or read/write problems, they will be reported in the kernel log file. 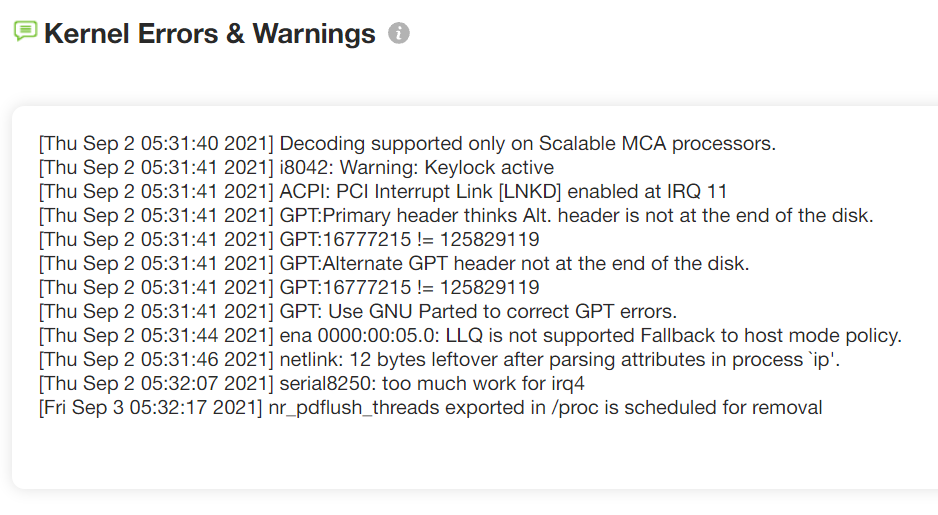 Above, is the screenshot of the kernel logs reported by yCrash. No major kernel-level problems were reported.

Except for 61% memory wastage no other major issues were uncovered from our testing,  Of Course, other minor issues were observed like a lack of disk space and a spike in System CPU time. We hope you find this exercise interesting. Thanks for reading!

Is Gamigo’s Next MMO A Take On The Sundered Crown Saga?

One of the nicest things about Byte Buddy is that it allows you to write a Java agent without...

Is Gamigo’s Next MMO A Take On The Sundered Crown Saga?