The device is running Android 12 and has 6GB RAM onboard. However, there could be more RAM options that are yet to be confirmed.

The motherboard section in the benchmark’s listing mentions “s5e8825,” which is a codename for the Exynos 1200 SoC. It includes eight CPU cores – two with a maximum clock frequency of 2.40GHz, and the rest capped at 2GHz. And to handle graphically intensive tasks such as gaming and video editing, there’s a Mali-G68 GPU onboard. 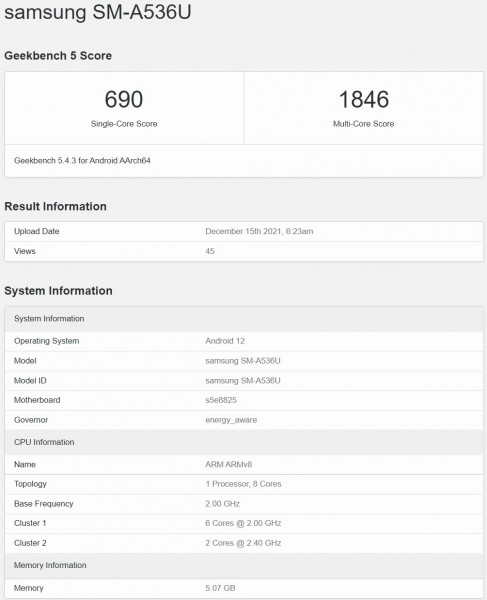 You get this configuration on MediaTek’s Dimensity 900 chip as well, but we’ve previously seen that on Geekbench with “k6877v1_64” mentioned in the benchmark database’s motherboard section and MT6877 as the processor name, so it seems the Galaxy A53 5G will come with the Exynos 1200 at the helm.

Geekbench doesn’t reveal anything else about the Samsung Galaxy A53 5G, but we already know what the smartphone will look like, thanks to previously leaked renders. It will pack a 120Hz AMOLED screen and sport a 64MP quad camera. However, the 3.5mm headphone jack we had on the Galaxy A52 and A52 5G is now done away with on the Galaxy A53 5G by Samsung. 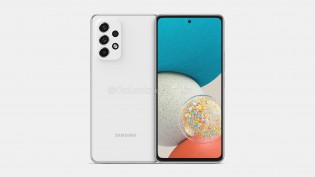 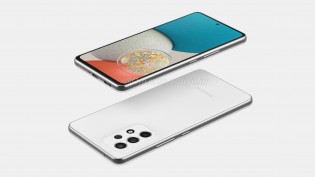 The Galaxy A52 and A52 5G were announced in March, so we expect the Galaxy A53 5G to arrive during the same time next year.