Tecno Mobile held a webinar event yesterday where it unveiled that it’s working with Samsung to bring an RGBW camera sensor to its future phones. Samsung’s ISOCELL GWB was briefly detailed on stage and its main feature is the RGBW color filter.

The new 64MP sensor adds a white sub-pixel to the red, green and blue array which should result in improved light sensitivity and better performance in low light scenes. It will likely debut on a Tecno phone in 2022. 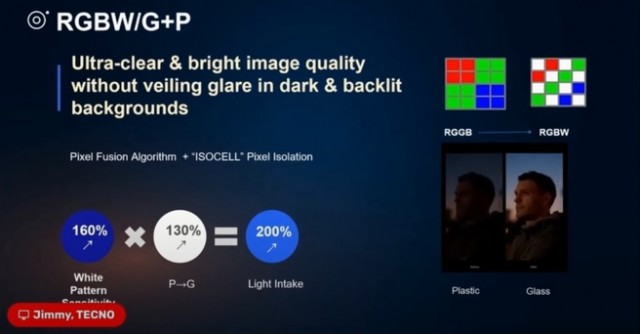 Sony, Huawei, vivo and Oppo have all experimented with RGBW sensors in the past and we’ve seen some impressive results from Huawei’s flagships in particular. Samsung is touting class-leading low light photos and boosted color accuracy from its new sensor. There have been rumors of Samsung working on a 50MP RGBW sensor for the Galaxy S22 series which is likely a different module forms the one we’ve seen here.

Introduce GitOps Across Any Infrastructure Without Adding Complexity

The Realme 9i was unveiled last week, and today it debuted in India. It comes in Prism Black and Prism...