It’s that time of year when holiday tie-ins flood the Switch eShop, although this latest addition to Nintendo’s digital storefront is a little racier than the usual festive fare. Yes, even more so than Santa Tracker, an app which follows Santa as he races around the globe on Christmas Eve. You can’t get much racier than that, surely?

Well, it seems you can! Coming from Winged Cloud, developer of Would you like to run an idol café? and dozens of ‘Sakura’ series titles, Sakura Santa is available now on Switch eShop.

It’s a holiday-themed visual novel that follows the festive escapades of Koji, a student who’s feeling lonely after leaving home to study at university. One trip to a shrine and one wish later and the lonely chap is inundated with beautiful women wearing all manner of yuletide attire (or not) and he has to decide which of three alluring candidates he’s going to spend the holidays with.

The PR blurb highlights such features as “Beautiful girls and romance”, “Beautiful anime art”, and “Multiple story paths”. The game has been available on Steam since 2015, and while a cursory Google search will throw up several examples of the aforementioned anime art showing the girls in varying states of festive undress, this is a family site. As such, we’ve stuck to the screenshots Nintendo UK feels comfortable showcasing on its website: 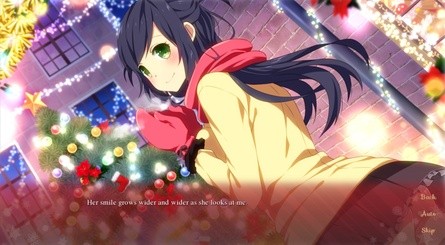 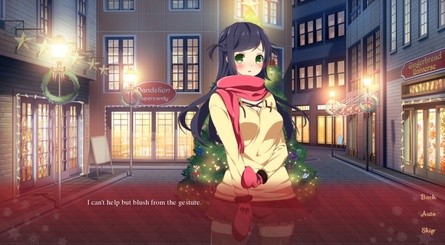 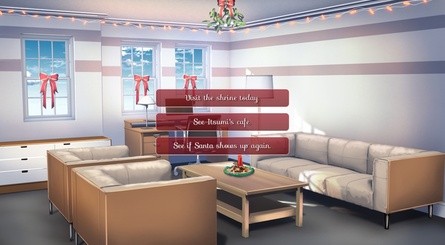 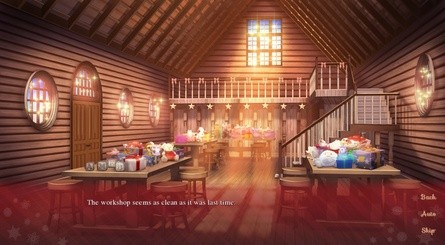 Sakura Santa launched on Switch eShop on 16th December for 9.99 — USD, GBP, and EUR — although it’s got 20% off until 6th January. Let us know below if you’ll be investigating its yuletide charms this holiday season.

Hey, it can’t possibly be worse than the Last Christmas movie, right? Not that that film was ‘bad’ per se — it just felt like a surreal improv experiment Emma Thompson conducted while listening to Wham! under the influence of some psychedelic eggnog.