Reviews Featuring ‘Life is Strange’ and ‘Chaos;Head’, Plus the Latest Releases and Sales – TouchArcade

Reviews Featuring ‘Life is Strange’ and ‘Chaos;Head’, Plus the Latest Releases and Sales – TouchArcade


Hello gentle readers, and welcome to the SwitchArcade Round-Up for October 10th, 2022. In today’s article, we kick things off with a pair of reviews. Our pal Mikhail has a review of Life is Strange Arcadia Bay Collection and I have a review of Chaos;Head NoAH/Chaos;Child Double Pack. There’s a bit of news, a few dubious new releases, and a list of incoming and outgoing sales for the day. A usual Monday, in other words. Let’s get to work! 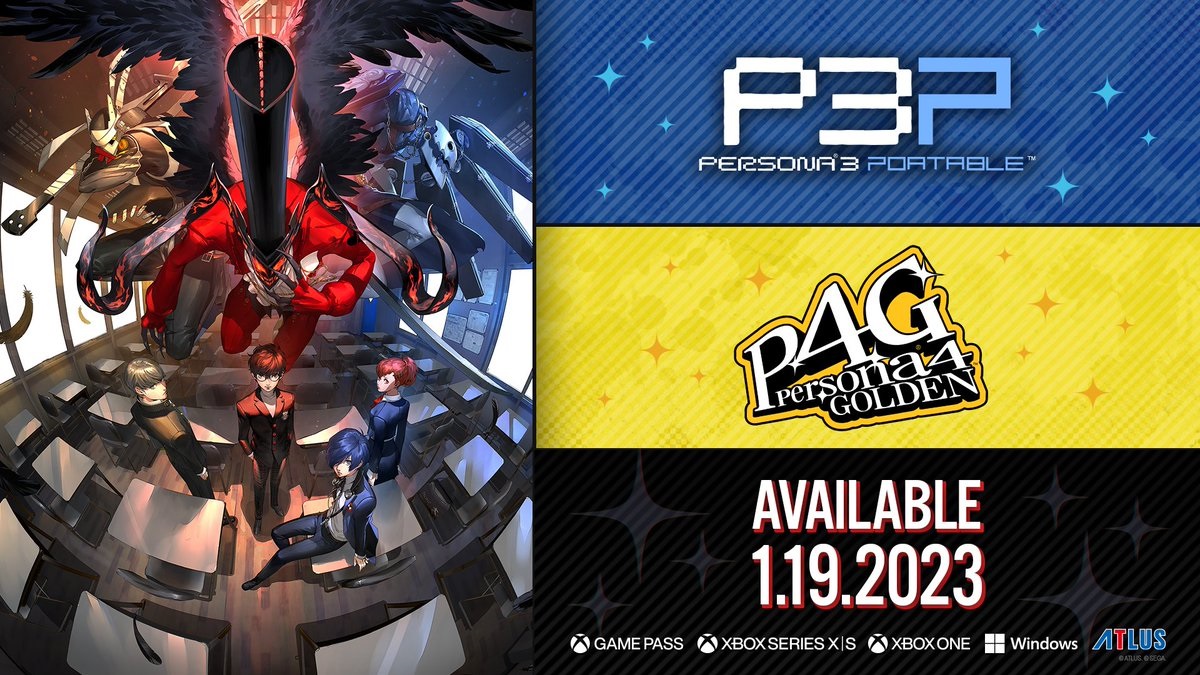 Persona 5 Royal will be arriving on Nintendo Switch pretty soon. October 21st, to be exact. You know what everyone always says: when it Persona rains, it Persona pours. Previously announced for release on the Switch and other platforms, Persona 3 Portable and Persona 4 Golden now have a proper release date. It’s the same day for both: January 19th, 2023. Fantastic. I feel like we don’t have enough RPGs going on right now, so these will be very welcome. 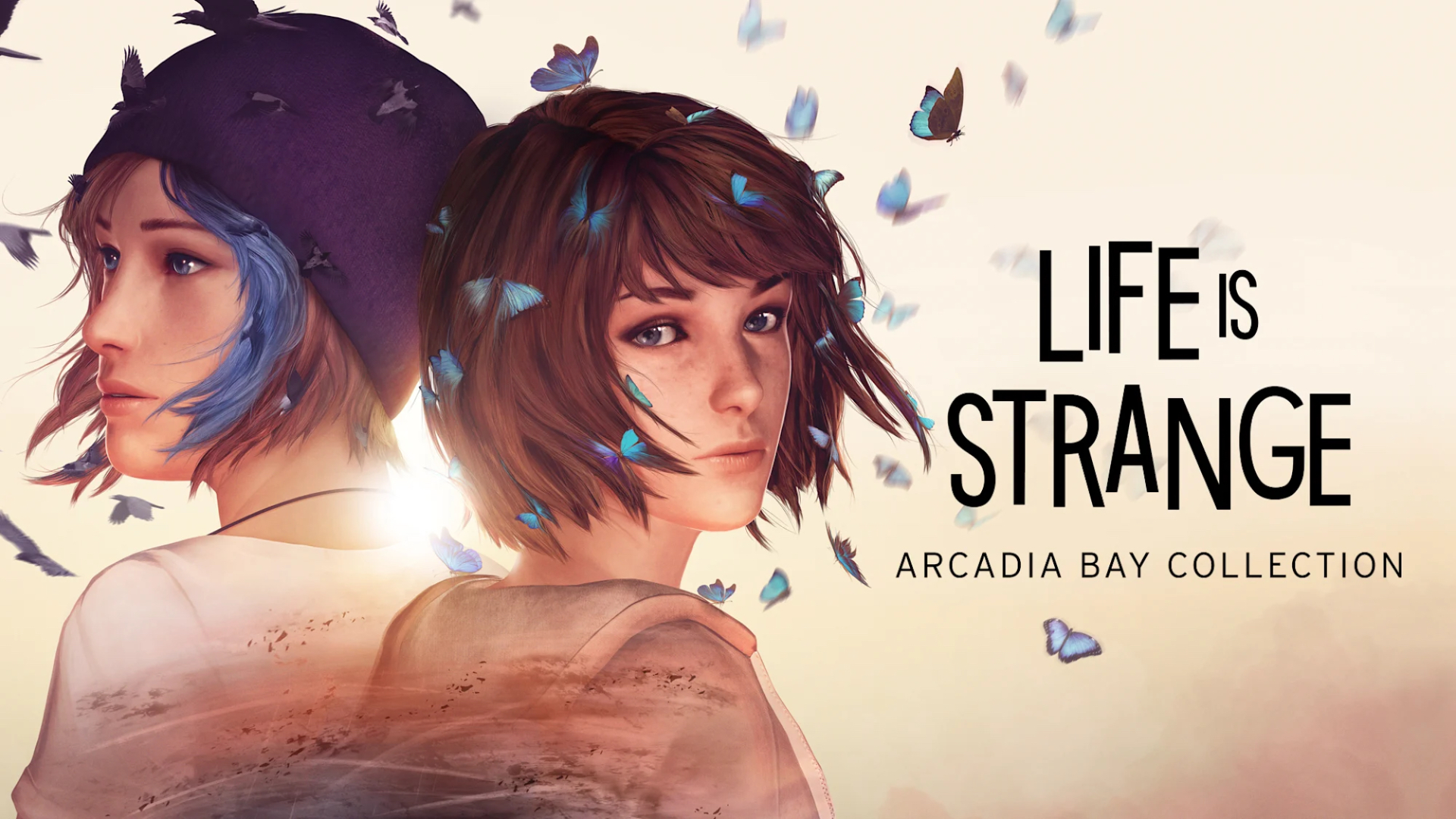 Over the last few years, I’ve been lucky enough to get to play a lot of my favorite games across multiple platforms for review to see how developers scale things up or down depending on the system. Back when many people associated adventure games with Telltale, I fell in love with Life is Strange and have since played it on every platform including the remastered version on PC a few months ago. Life is Strange: Before the Storm improved on the original, and I was hoping we’d eventually see both hit Nintendo Switch. 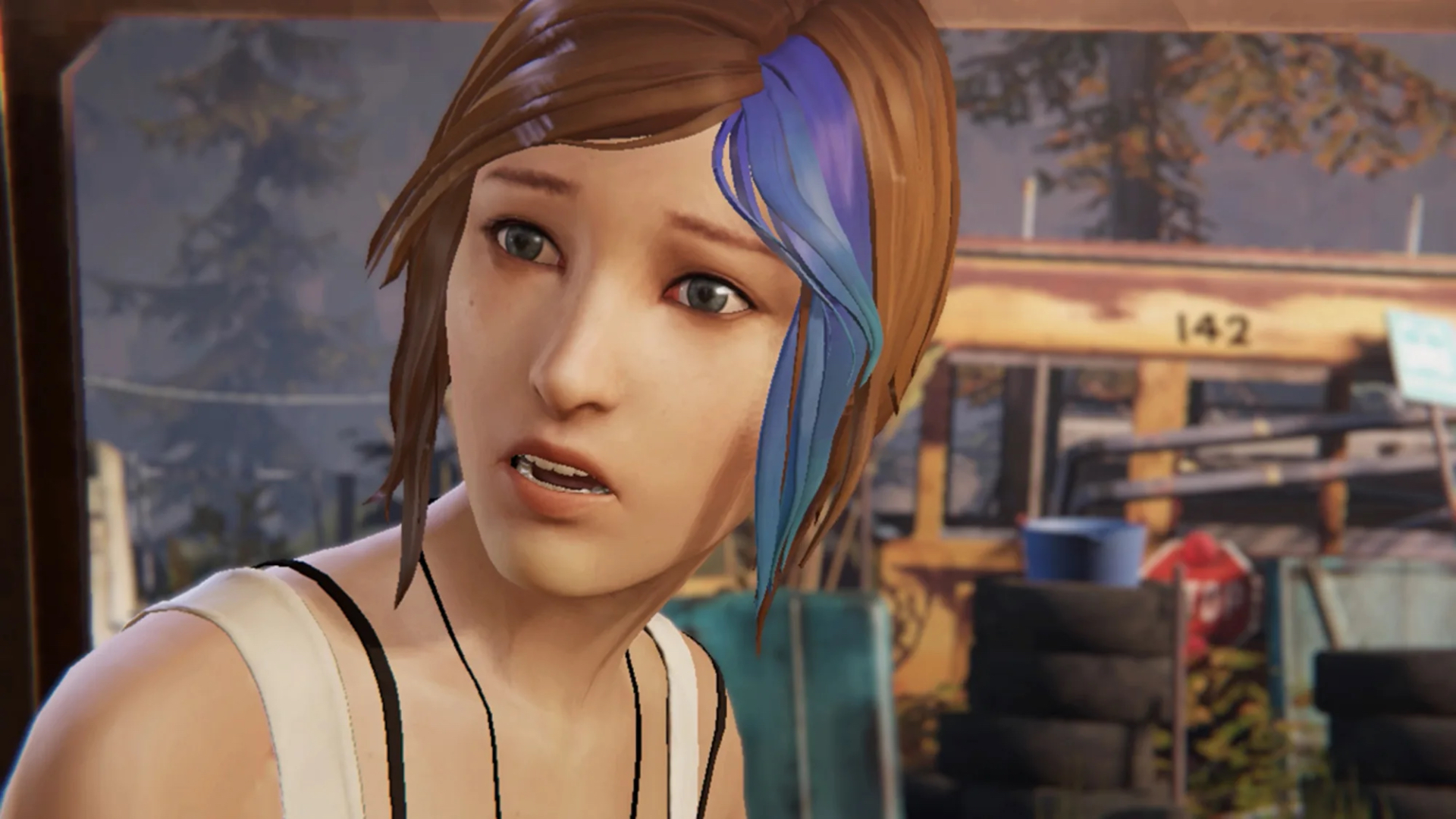 Both Life is Strange and Life is Strange: Before the Storm had issues in their remastered versions. These have slowly been addressed, but it was disappointing seeing what should’ve been a home run release falter before the final innings. On Nintendo Switch, the Life is Strange Arcadia Bay Collection is the complete package offering two of my favorite games with brilliant soundtracks on a portable, but the port leaves a lot to be desired especially after how good True Colors was on Nintendo Switch. 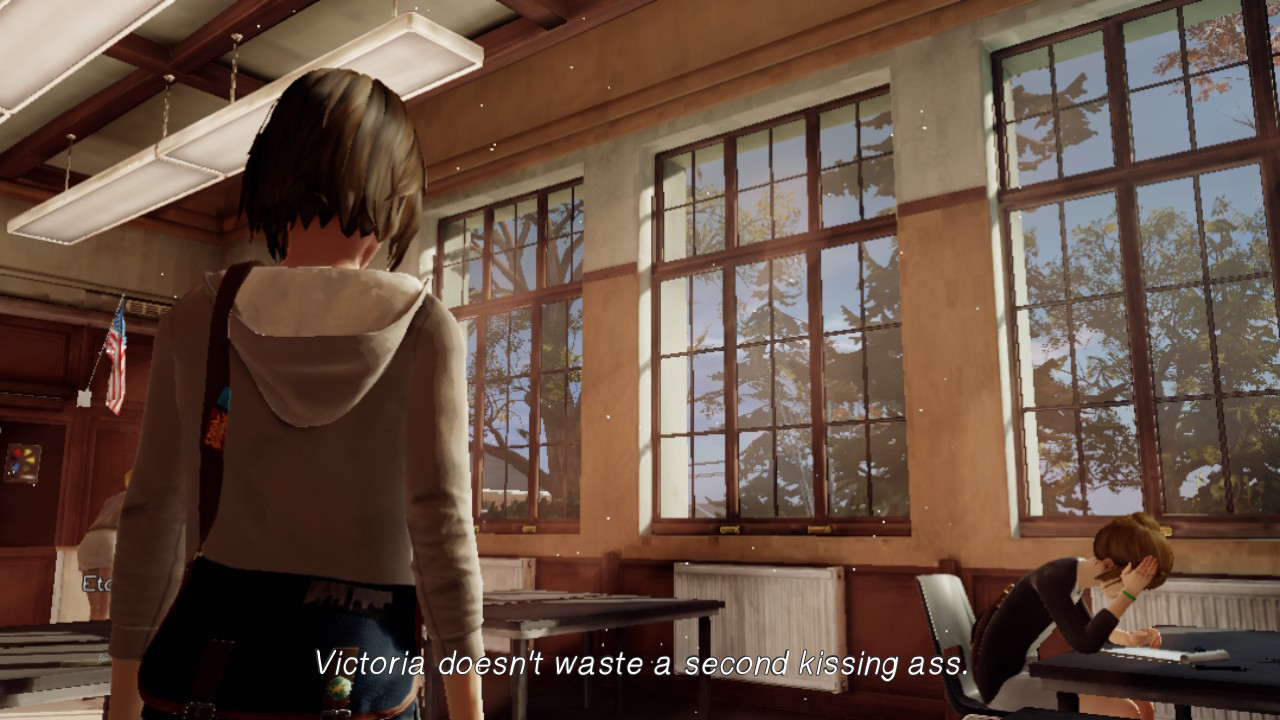 There are two major issues with these games, and one of them has to do with the remasters themselves. Having tried both on Steam Deck, I’m not happy with the remaster and prefer the original releases which are also on mobile. This release almost reminds me of the GTA Trilogy Definitive Edition with how I had hoped the Switch port was based on the original mobile releases as opposed to a very demanding remaster that has its own issues on more powerful platforms. 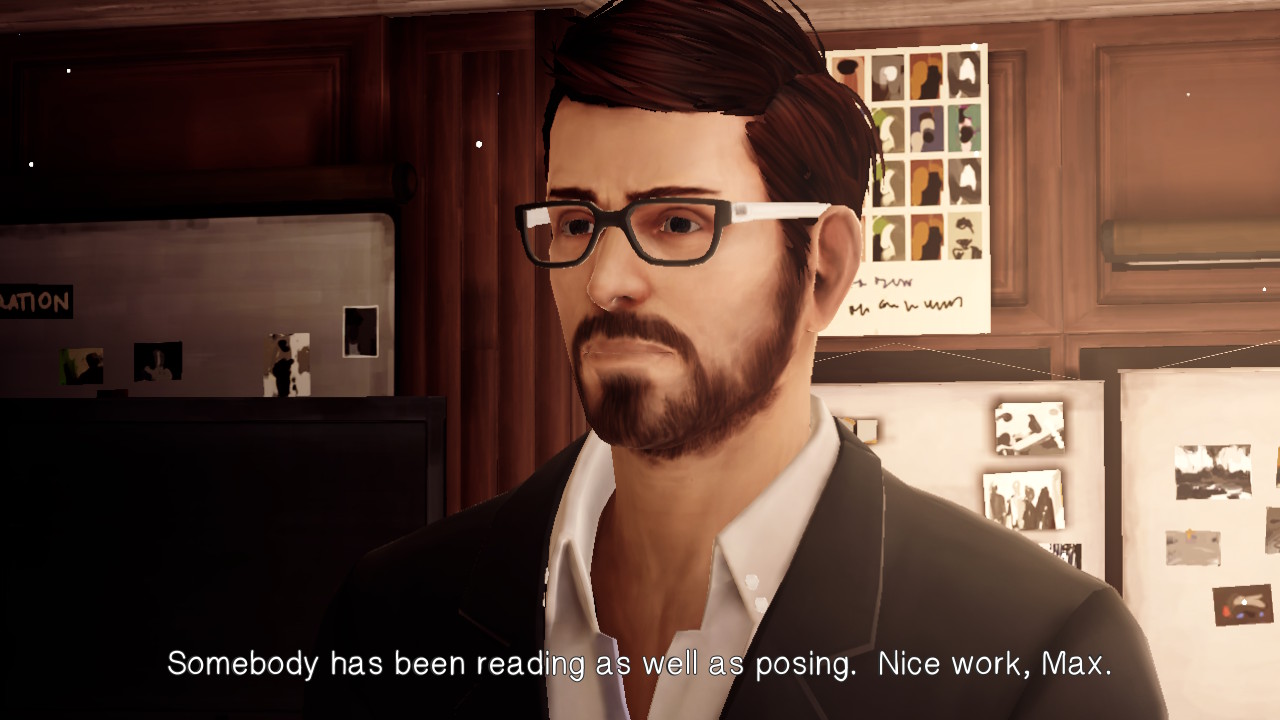 The Switch versions of Life is Strange Remastered and Life is Strange: Before the Storm Remastered in the Life is Strange Arcadia Bay Collection suffer quite a few visual cutbacks and never manage looking great, but these really stick out in a time where we see Square Enix release a superb port of NieR: Automata. The combination of the remasters having issues in general and the cutbacks on Nintendo Switch make this hard to recommend without caveats. While Square Enix will likely fix some of the bugs, I really hope this collection is patched enough to be the slam dunk it should’ve been for new players looking to sample one of the publisher’s best franchises in years. -Mikhail Madnani 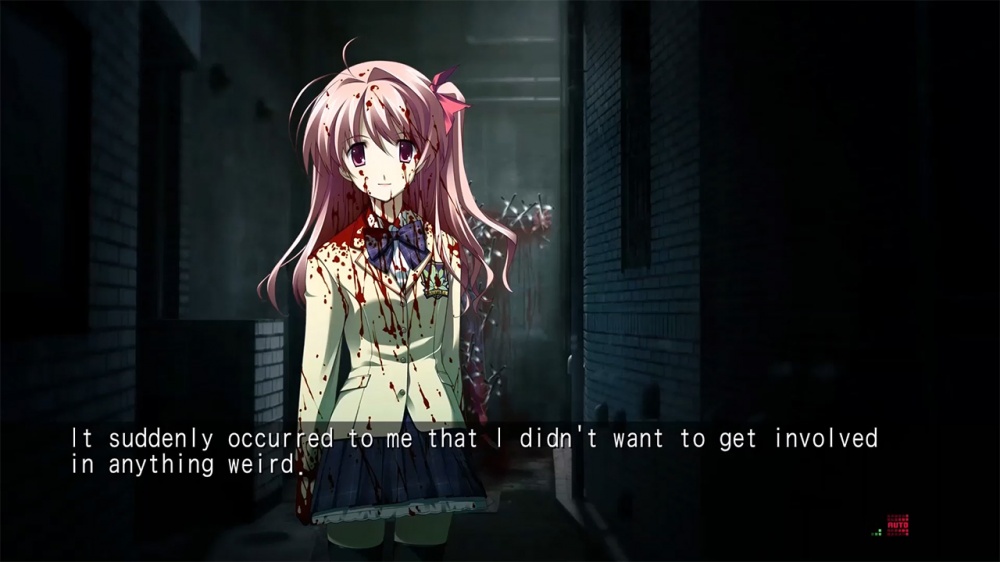 I’m going to say something that I hope isn’t too controversial here: a visual novel without a decent localization is like a bicycle without wheels. You can have great art, an amazing original story, and the most charming characters around, but if the writing isn’t done justice by the localization none of that is going to matter. It pains me to say this, but Chaos;Head NoAH and Chaos;Child do not have good localizations. Also, there’s a bug present in Chaos;Head NoAH at the time of this writing that prevents you from finishing the game, so that’s a thing. I assume that at least will be fixed.

It’s not that the localizations are complete gibberish here or anything. Indeed, much of the text conveys the literal meaning of the original script in a serviceable, albeit incredibly bland, way. But there are just enough problems here to be distracting, and in some ways that may be worse than a complete fail. The localization doesn’t use quotation marks, so it’s not always clear where the internal narration ends and spoken dialogue begins. Verb tenses are inconsistent, sometimes even within a single chunk of text. The writing is so clinical that individual character voices are almost completely lost. I’m not going to speculate too much on why it’s all the way it is, but suffice it to say I think the localization in its current form is dull, confusing, and does its best to toss a wet blanket on the stories of these two games. 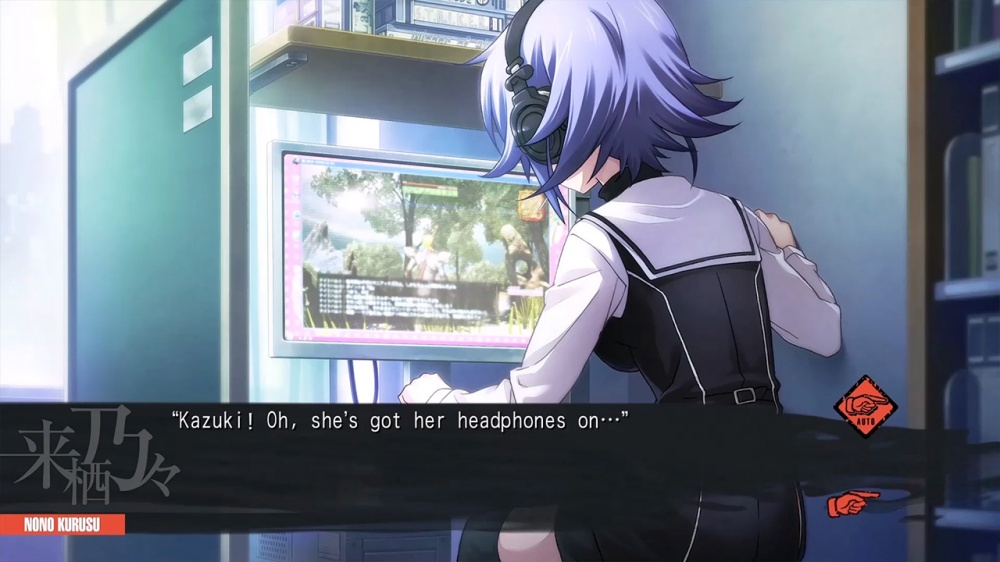 That’s unfortunate, because I would otherwise have a lot of praise for both of these stories. Chaos;Head in particular. As the game that kicked off the series that spawned Steins;Gate, Chaos;Head lays down a lot of the themes seen in later titles. You’ve got a great setting in late ’00s Shibuya, an unlikable protagonist that is about to take one on the chin hard from reality, some fascinating secondary characters, and a plot that will mess with your head and emotions in equal measures. Chaos;Child is a sequel and like most sequels doesn’t have quite the same impact as its predecessor, but by and large it has similar strengths and is worth your time.

It is extremely likely that the crash bug that prevents you from finishing Chaos;Head will be fixed soon if it hasn’t been already as you read this, but the low-quality localizations found in both games are nearly as big of a problem and are so baked-in that I can’t imagine anything will be done about them. If you’re a big fan of the other Science Adventure games (Steins;Gate and Robotics;Notes), I could hesitantly recommend these games to you, but it’s a shame I can’t do so with the vigor that the original works should merit. 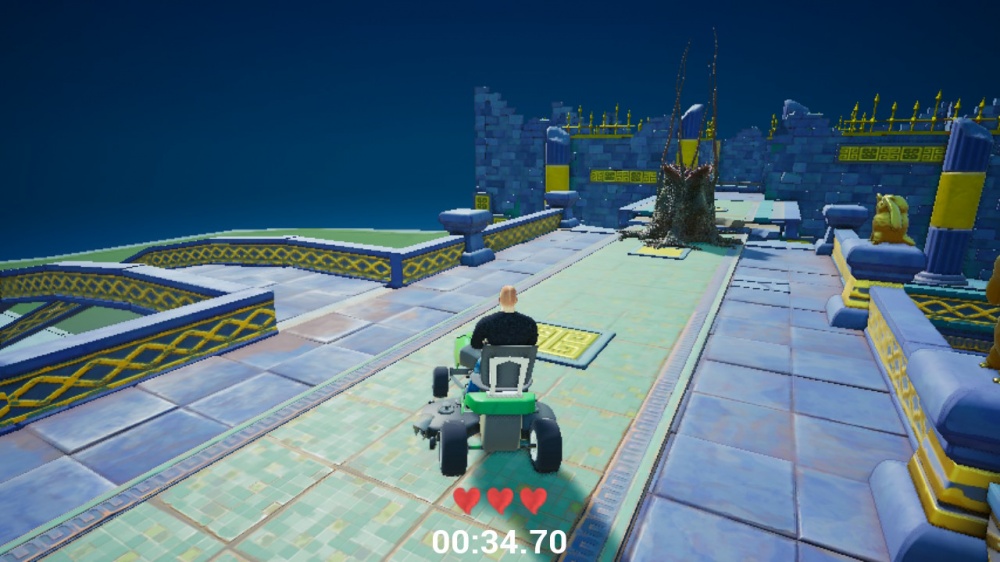 Another of these wacky lawnmower racing games. Make your way around the various tracks, avoiding hazards and trying to get to the goal as quickly as possible. I know some folks really get into these things, even if I don’t quite get them. If you’re one of those people, here you go! 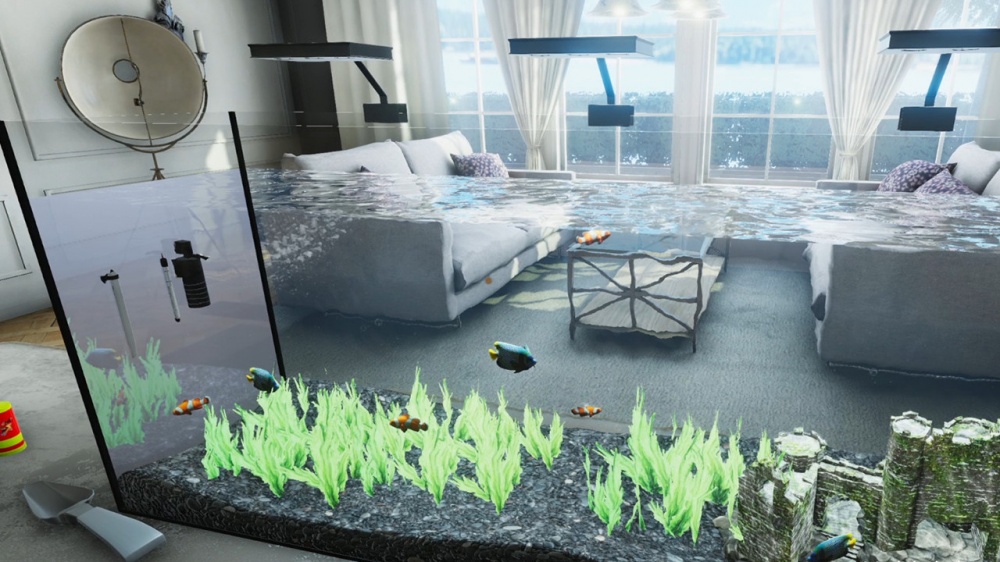 This is a simulation game where you own and operate an aquarium shop. You’re responsible for setting up the displays and taking care of the fish, as well as handling basic shop maintenance and customer service. It seems to be reasonably well-liked on other platforms, so that’s encouraging. How well Ultimate has adapted the computer UI to Switch is another question, as it is often a concern with its releases. 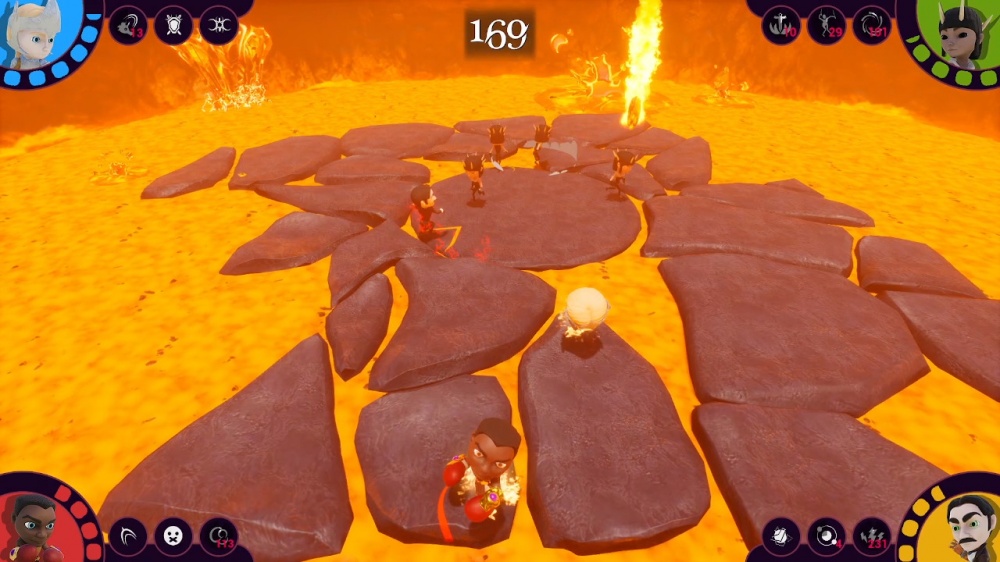 A little 3D arena battler for up to four players in local multiplayer. There are two different maps and four different characters, so it’s a bit light on content overall. The character choices are certainly unique. You’ve got Muhammad Ali, Jeanne D’Arc, Nikola Tesla, and Queen Semiramis. Why these four figures in particular? I don’t know. 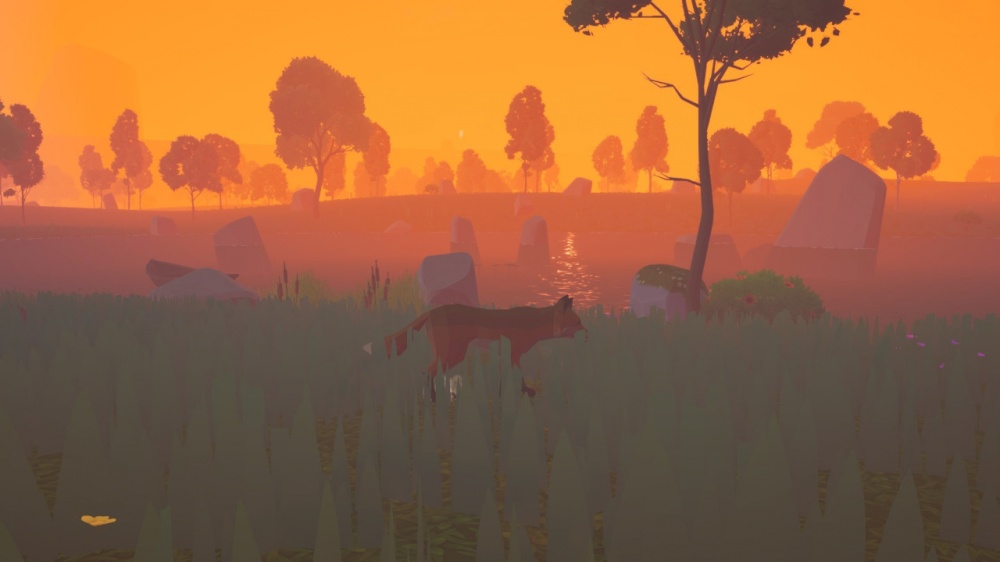 Sort of a short walking simulator-ish affair starring a fox. You have to search around a 3D world to find some sort of vaguely-described missing piece. It takes about thirty minutes to finish. I suppose that isn’t that bad for a fiver. 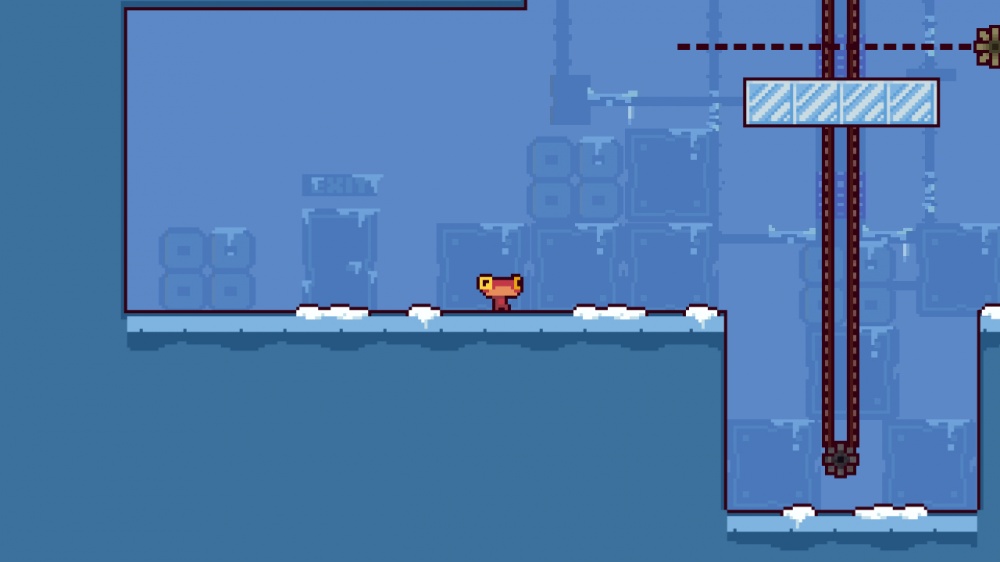 A generic platformer from the folks at Weakfish Studio. It stars a frog. That’s really all there is to say about it.

A few interesting games in the inbox today. Dusk Diver 2 should still be on sale for a few more hours when you read this, so if you want that be sure to act now. If you don’t have Ori & the Will of the Wisps, you can fix that issue now. There are some decent games in the outbox as well, so make sure you check out both of those lists just to be on the safe side. 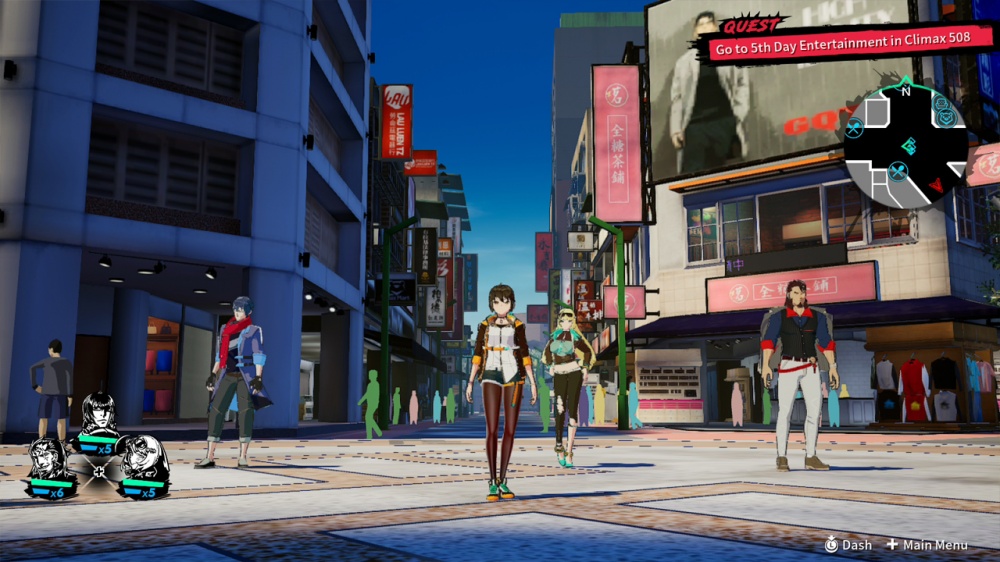 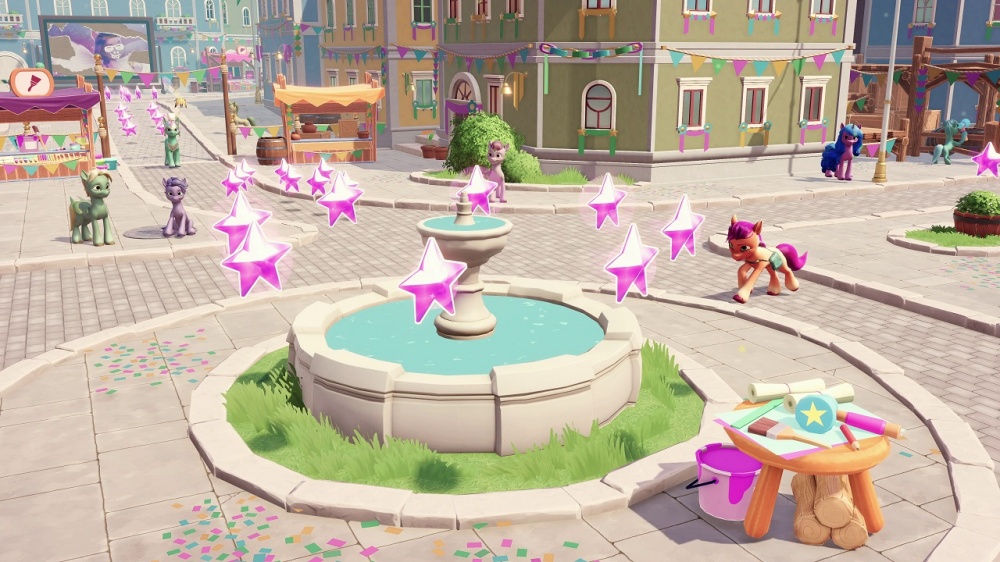 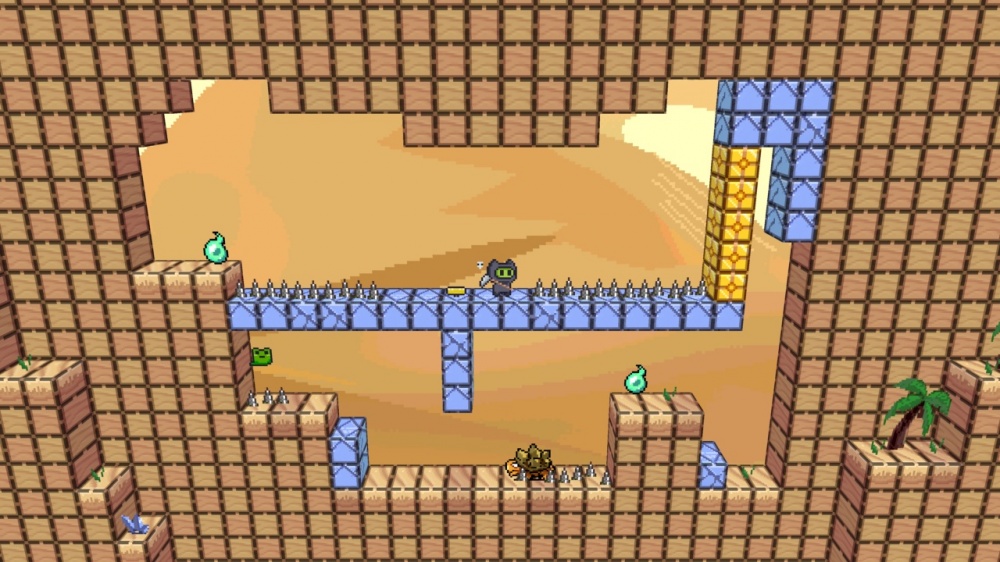 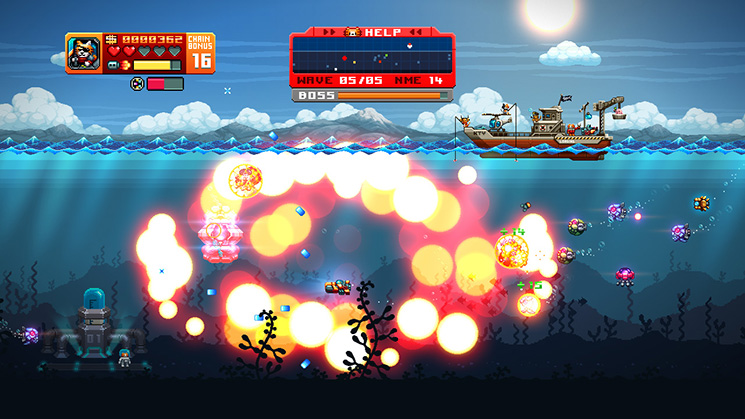 That’s all for today, friends. We’ll be back tomorrow with more reviews, more new releases, more sales, and perhaps some news. Despite all of the work I have right now, I decided to replay Castlevania: Harmony of Dissonance over the weekend. I had a reasonable amount of fun. Well, back to work. I hope you all have a magnificent Monday, and as always, thanks for reading!

A MEMPHIS GOON CONFRONTS WACK 100 ABOUT CHECKING IN WHEN HE COMES TO LA. WACK 100 CLUBHOUSE

One game that feels like it’s been a trend throughout all of 2022 has been Poncle’s Vampire Survivors. Launching in... Hello gentle readers, and welcome to the SwitchArcade Round-Up for December 9th, 2022. In today’s article, we go over some...

A MEMPHIS GOON CONFRONTS WACK 100 ABOUT CHECKING IN WHEN HE COMES TO LA. WACK 100 CLUBHOUSE