Reviews Featuring ‘Cursed to Golf’ and ‘Blossom Tales II’, Plus the Latest Releases and Sales – TouchArcade

Reviews Featuring ‘Cursed to Golf’ and ‘Blossom Tales II’, Plus the Latest Releases and Sales – TouchArcade


Hello gentle readers, and welcome to the SwitchArcade Round-Up for August 23rd, 2022. In today’s article, we’ve got two more reviews for you to look at. Cursed to Golf from Chuhai Labs and Thunderful Publishing sees us swinging up a storm, while Blossom Tales II: The Minotaur Prince from Castle Pixel and Playtonic has us dealing with clubs of a different sort. After the reviews, there are a few new releases to check out including Yars: Recharged and RITE, plus the usual lists of new and expiring sales. Let’s get going! 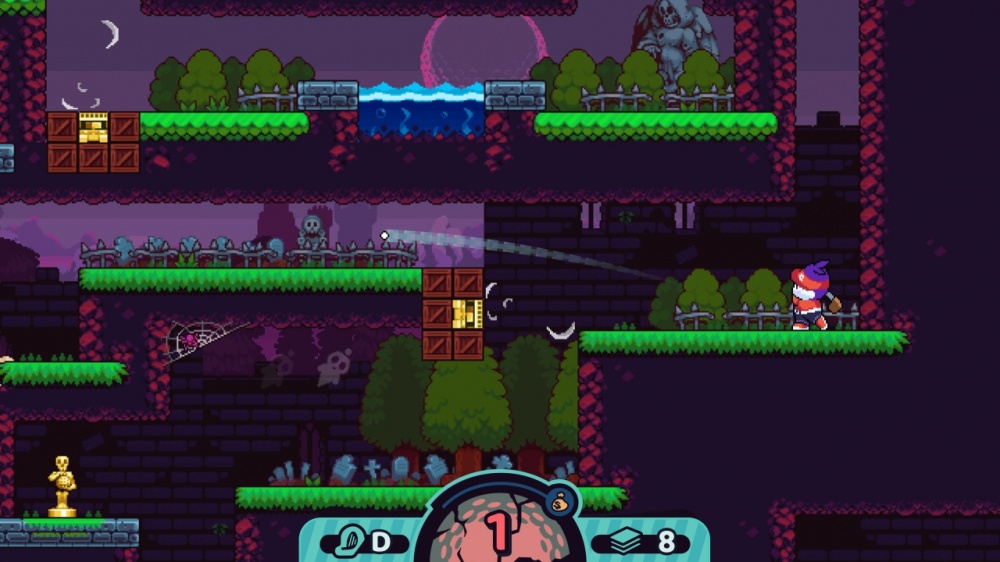 Side-view golf games: who knew they would be so fun? Mobile gaming fans are probably used to them by now thanks to games like Super Stickman Golf and Desert Golfing, but if you’ve never tried one before just know that you can still have a lot of fun golfing in two dimensions. Perhaps more, as it really opens up the vertical nature of the game. That’s especially the case in Cursed to Golf, which weds a side-view golfing experience with a roguelite structure to great effect.

You’re about to win the championship when a freak bolt of lightning teaches you why you shouldn’t hold up metal poles in the middle of a field during a thunderstorm. You find yourself considerably more than six feet under, and if you want to see sunshine again you’re going to have to golf your way back to the surface. After rolling through a tutorial that is only slightly overbearing, you get to the core of the game. You’ve got a map with nodes on it that sometimes branches, and each node represents either a hole of golf to play or some kind of event. You know, shops and that sort of thing. 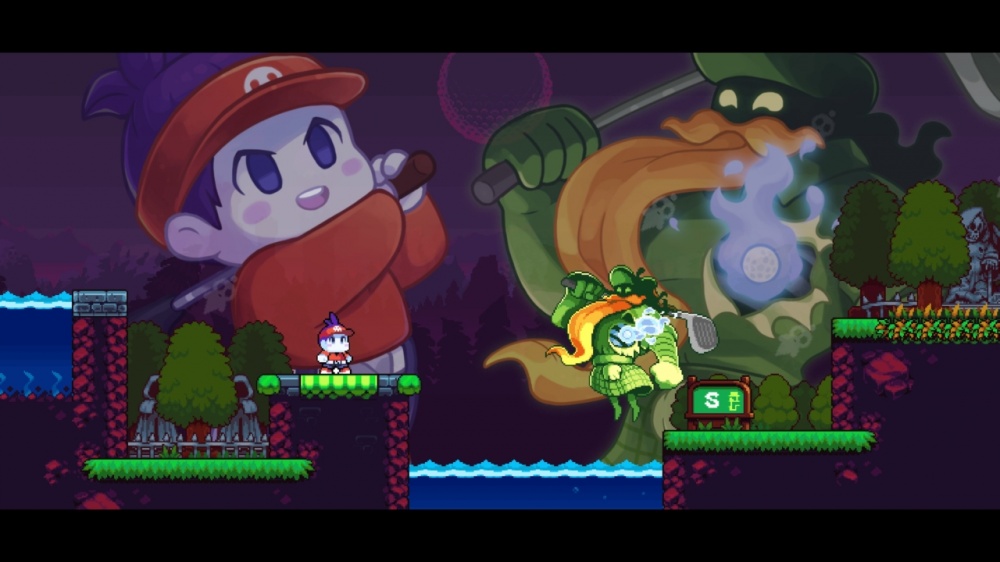 When you tackle a hole, you’re presented with a partially procedurally-generated map that you’ll have to golf through in a set number of strokes. You’ve got the usual golf hazards like bunkers, water, and rough, plus some extra traps and tricks befitting an underworld golf course. If you fail to sink the ball into the cup before you run out of strokes, it’s back to the start of the whole affair. The deck isn’t completely stacked against you, however. You have some power-ups you can make use of called Ace Cards that have various effects, and there are statues you can break along the way to add a few extra strokes to your limit.

Cursed to Golf is a very challenging game, but it’s very easy to pick up and fun to play. Actually pulling off a winning run can be vexing, especially since failing at the very last hole will send you all the way back to the bottom to try again. But that’s a rogue-inspired game for you. With that said, I can’t help but feel that the game might be more enjoyable with proper pre-built stages, even if it would come at the cost of some replay value. The downside of procedural generation is that it can often result in constructs that lack character, and that’s probably the biggest weak point of Cursed to Golf. For a game that drips charm in every aspect of its presentation, the samey nature of the courses themselves is a little disappointing. 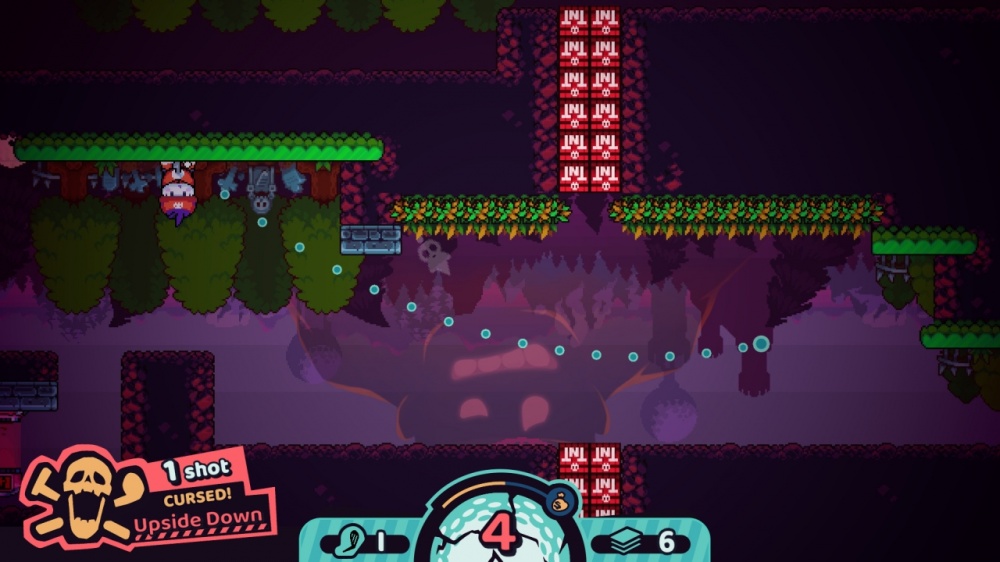 Despite that, Cursed to Golf is an enjoyable affair that should appeal to players whether they have a particular love for golf or not. The general course layouts may lose their shine after a while, but the core gameplay and fun tricks you can pull off with Ace Cards ensure that the moment-to-moment action rarely lets you down. As long as you’re fine with the heavy cost of failure, you’ll likely get hours upon hours of joy from this curse. 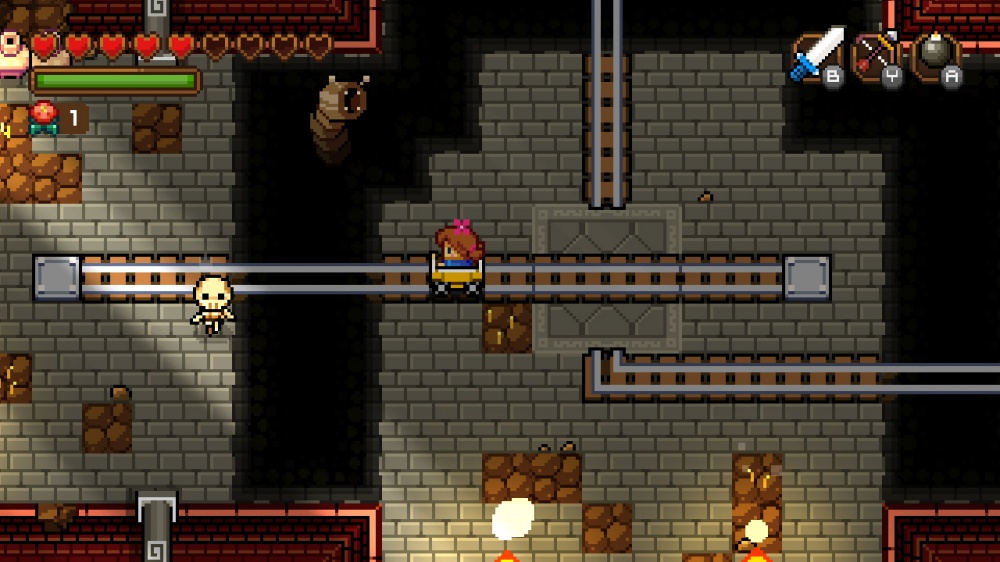 Sometimes an homage builds on the object of its affection and charges forward in a new direction. Sometimes it is content to simply pay its respects by offering up its own take on the concept without making any major changes. Blossom Tales: The Sleeping King, by and large, was the latter. Similarly, some sequels will make bold changes and carry the series in an entirely new direction, while others simply serve up another warm, cozy helping of the previous dish. Blossom Tales: The Minotaur Prince, by and large, is the latter. It takes few risks, instead having confidence in the idea that the many people that enjoyed the first game will be happy to have another adventure in its style.

Grandpa has another story to tell Lily and Chrys, casting them in a new tale that will feel quite comfortable to anyone who has played and enjoyed one of the top-down Legend of Zelda games. This time, a thoughtless wish causes Lily’s brother to be kidnapped by the Minotaur King, and Lily takes it upon herself to bring him back. But will he want to come back after she threw such hurtful words at him? You’ll find out after plunging into a bunch of dungeons full of enemies to battle and puzzles to solve. Much like the first game, Blossom Tales II hews quite closely to the formula laid out in The Legend of Zelda: A Link to the Past. You’ll find new items that will grant you new abilities and greater access to the world and its secrets, powering up in various other ways along the way. 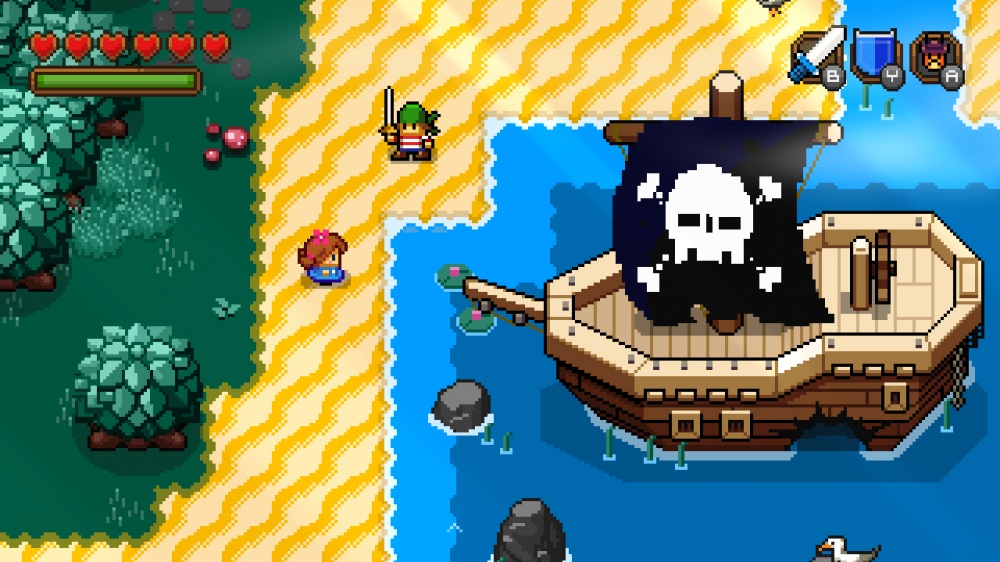 There are a few new systems to contend with here, such as potion crafting, but most of the improvements in this sequel can be found in the things that are harder to make bullet points from. I felt the dungeon and puzzle designs were a clear step up from those in the previous game, and the movement controls are just a little bit tighter. A lot of subtle improvements here and there, taking what was already a very playable framework and making it even more enjoyable. No, it’s still not quite up to Zelda, but of the many games that try to be, this hits closer to the mark than most.

The biggest strength of Blossom Tales II: The Minotaur Prince is also its biggest failing, and it’s one that it fully shares with its predecessor. It is so busy being faithfully inspired by The Legend of Zelda that it can’t quite shake its shadow and become its own game. And the thing is, I’m not sure that it should. We don’t see many top-down Zelda games anymore, and most similar games either change too much or miss the mark in terms of quality. Maybe the best thing for Blossom Tales to be is that series that feeds an appetite that no one else is serving. If that is the case, then Blossom Tales II: The Minotaur Prince is every bit the sequel it should have been. 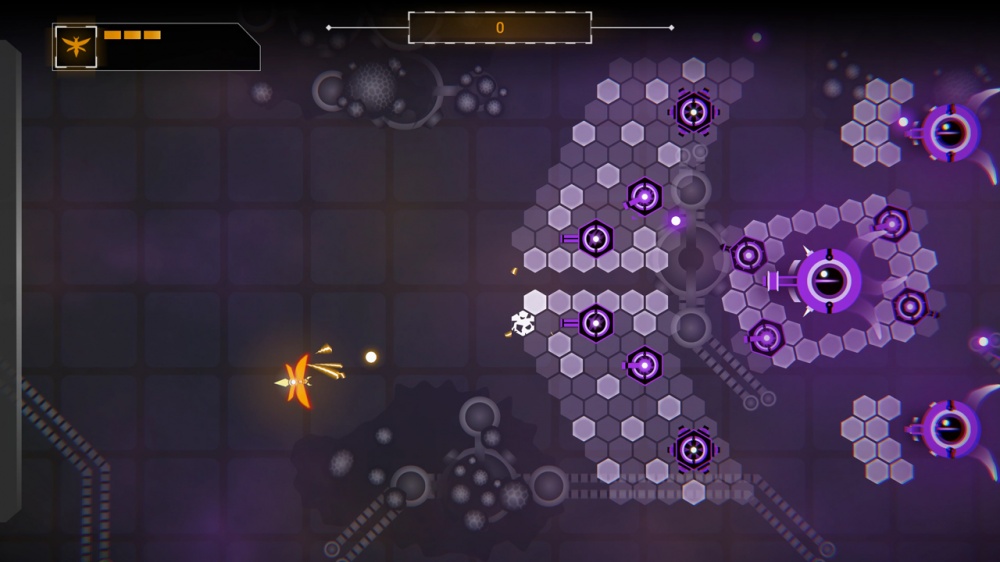 Yars’ Revenge is one of my favorite Atari 2600 games and one that I feel is iconic of the console. I was quite excited to see a Yars game announced as part of the Recharged line given the generally high quality we have seen from these re-imaginings. My hype was not misplaced. This is a very good take on the Yars concept. You’re still nibbling away bits and avoiding attacks from the Quotile while you try to charge your Zorlon Cannon to take it out. The difference here is that there are a bunch of level layouts and the Quotile is often protected by various defenses. I’ll have a full review of this soon, but speaking as a decades-long Yars fan: this is pretty cool. 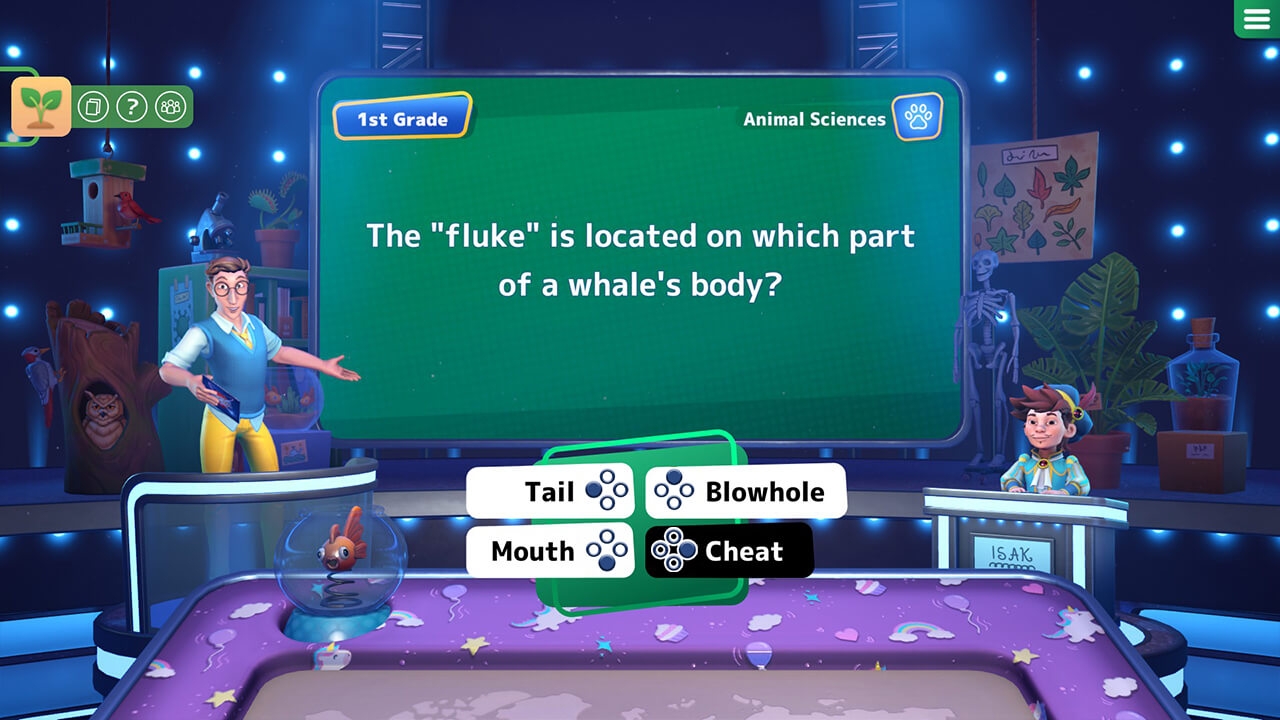 First of all, how dare you? Second… probably not. Let’s be real here. I’ve cooked my grey matter with too many video games and comic books. But if I want to confirm that, here’s a game to do it. Based on the popular game show, this sees you proving your mettle on questions built around the education curriculums of grade-schoolers. You get nearly seven thousand different questions in twenty-four different subjects and support for up to eight players via local multiplayer. Be careful: your pride may be seriously injured. 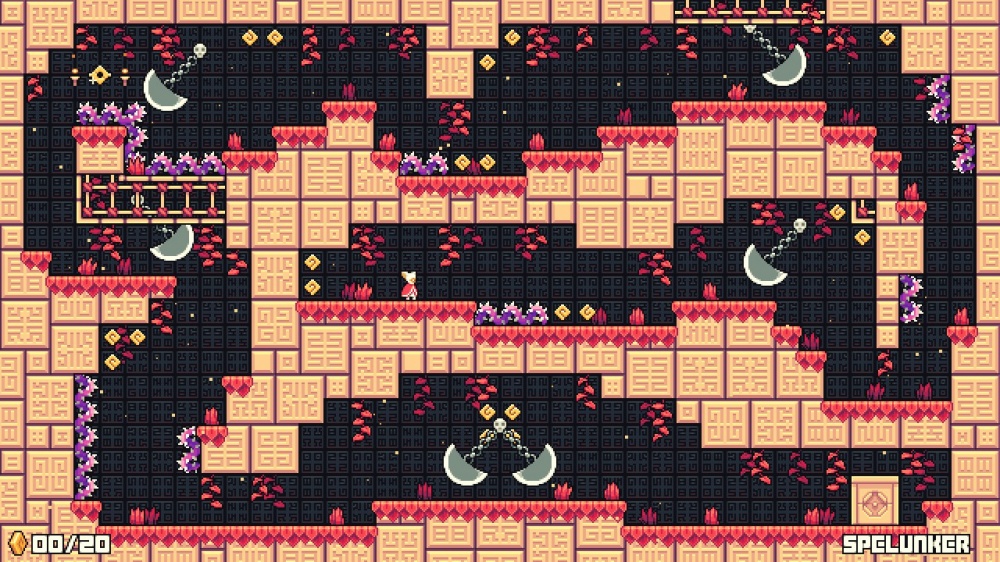 If you enjoy masocore platformers like Super Meat Boy or N++, you’ll want to give RITE a look. You get one hundred sixty levels of intensely challenging platforming action, and you’ll probably die at least few thousand times trying to beat them. Grab the key, pick up whatever gold you dare, and head for the exit. It’s a simple plan, but executing it is anything but on most of these devilish levels.

Plenty of enjoyable games in the list of new sales today, with Nobody Saves the World, Owlboy, and The House in Fata Morgana catching my eye in particular. As for the outbox, you’ve got a bunch of my favorites. Titles from Onion Games like moon and Black Bird, and Ancient’s superb Gotta Protectors: Cart of Darkness are wrapping up their latest discounts. Buy them if you like good games. And do check both lists yourself, as there are lots of other goodies to be found. 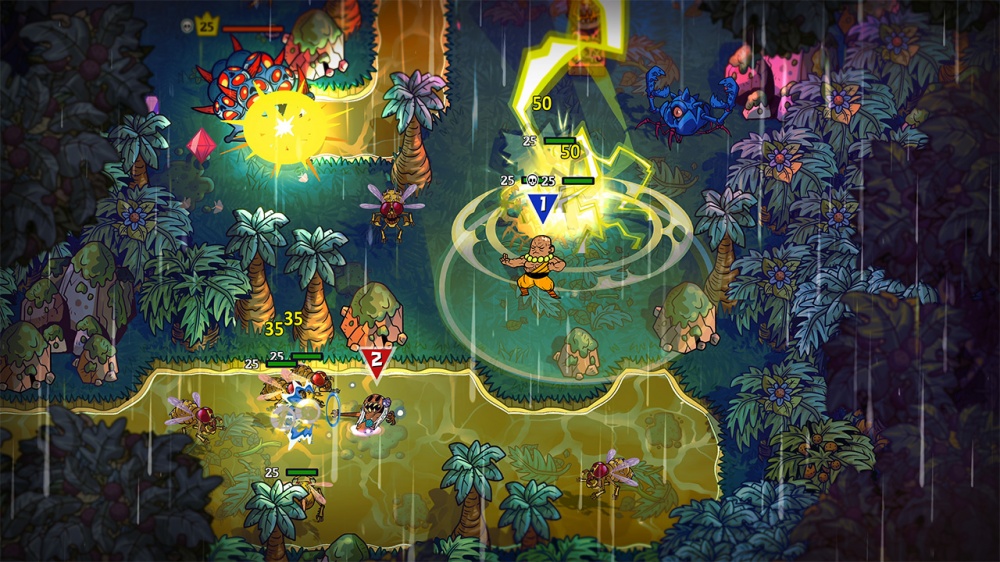 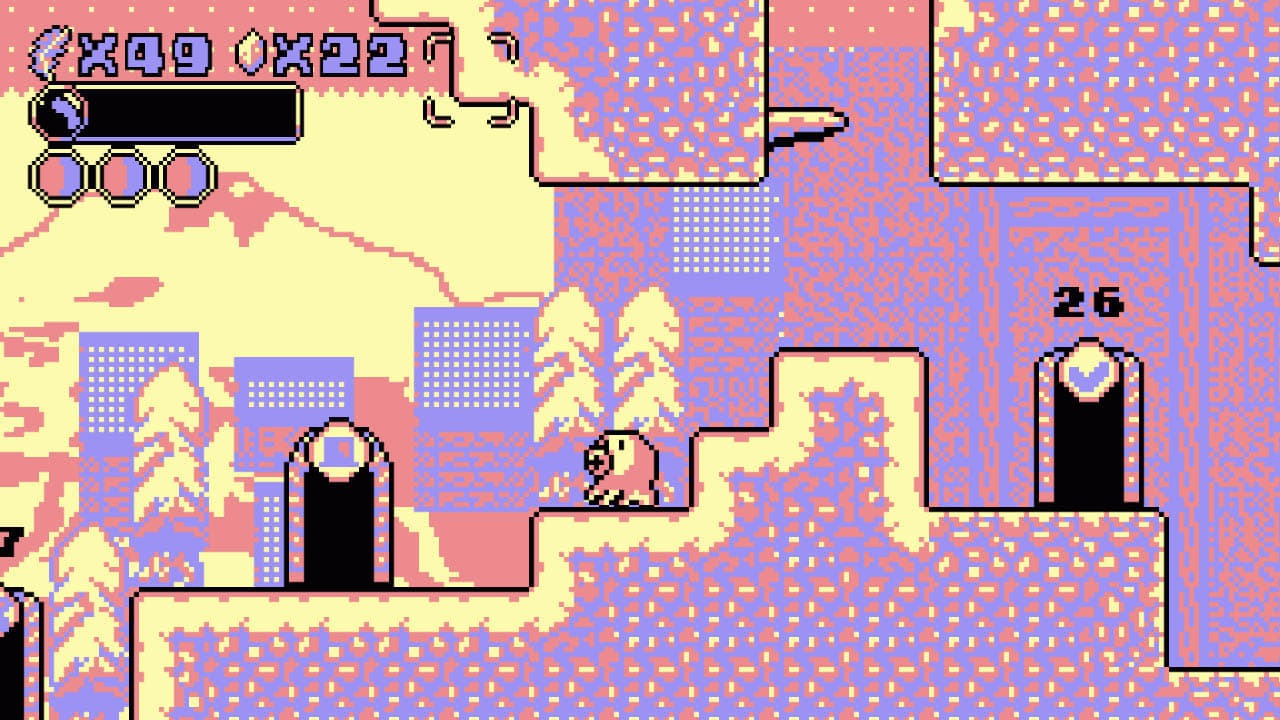 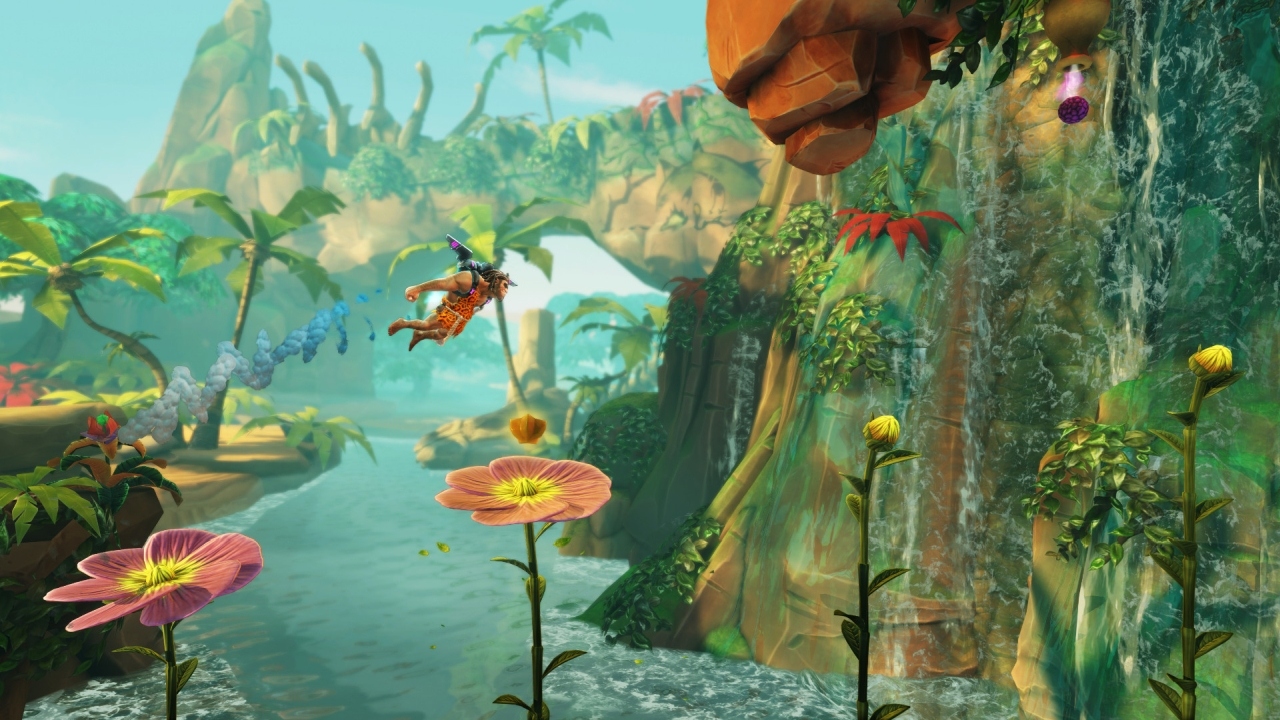 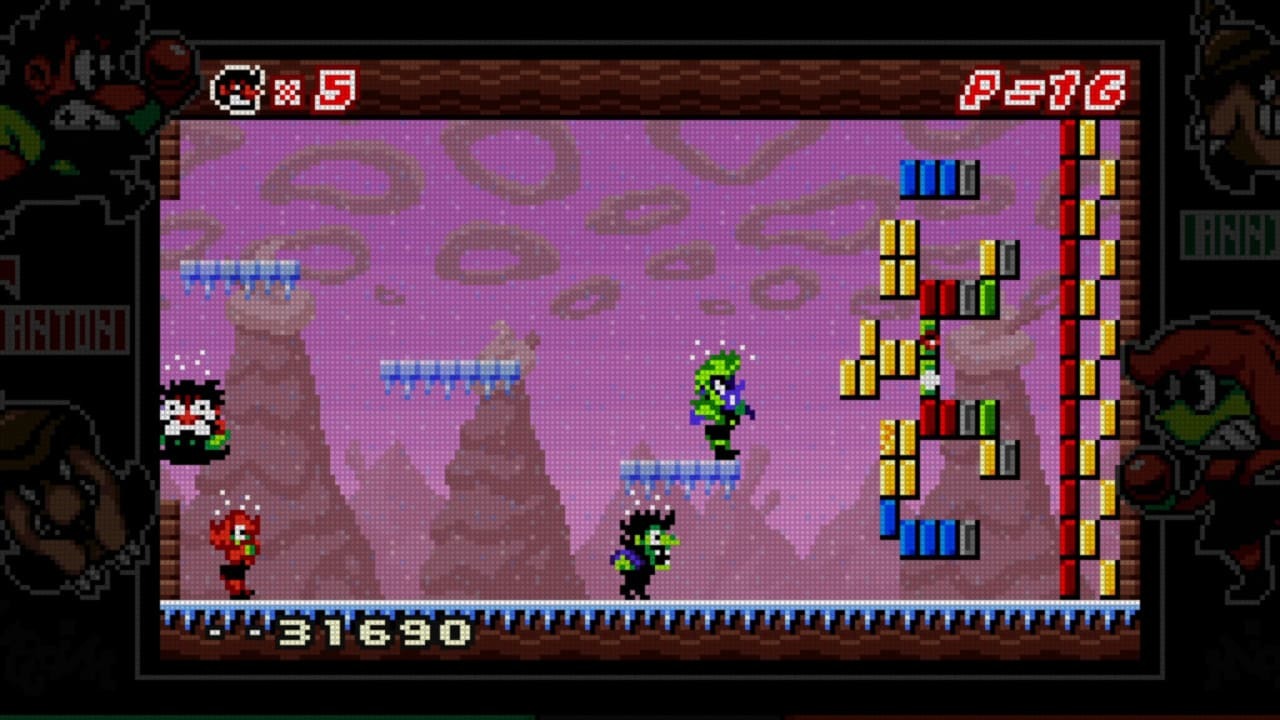 That’s all for today, friends. We’ll be back tomorrow with some new releases, sales, perhaps a review, and maybe even some news. We’ll see how things go. We’re getting so close to the release of the Cowabunga Collection that I can almost taste it. I can’t wait to hold that cartridge in my hands. But that’s next week. Focus on this week, Shaun. I hope you all have a terrific Tuesday, and as always, thanks for reading!

Under the Waves revealed at Gamescom’s Opening Night Live