Random: This Guy Has Been Mining Out An Entire Minecraft World For 4 Years, And He’s Almost Finished Random: This Guy Has Been Mining Out An Entire Minecraft World For 4 Years, And He’s Almost Finished


They say that one of the most zen things you can do with a few hours of your life is digging in Minecraft. There’s something supremely relaxing about the soft, repetitive sound of pickaxe-meeting-stone; combine it with an enchanted diamond pickaxe and a couple of beacons and you can mine out entire caves in mere minutes.

But what about… an entire world? Does that sound zen, or does that sound incomprehensibly pointless to you? Well, that’s what YouTuber and streamer Minthical has been doing for the past four years… and he’s almost done, apparently.

He’s been slowly mining out a “Classic World“, a legacy world type which was phased out a while ago, on the Legacy Console Edition of Minecraft on PS4. The Classic World is 862×862 blocks in size, which amounts to roughly 47 million blocks to mine.

Here’s an official update from October 2020, when Minthical had hit the 25 million blocks mark:

What’s more, Minthical is doing this in Survival mode. That means that his pickaxes have been breaking this entire time — although, with the amount of diamonds he has (over 12,000), it can’t be a huge issue. In the four years he’s been mining, he’s used around 5,250 pickaxes. Also, as of the last stream he did, he had about 276 levels of experience, probably from all the coal he’s been digging up. 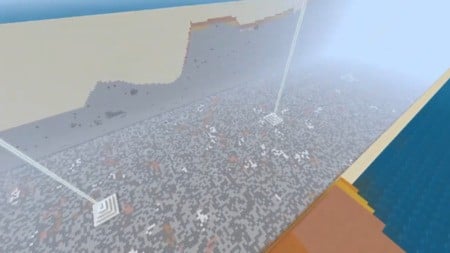 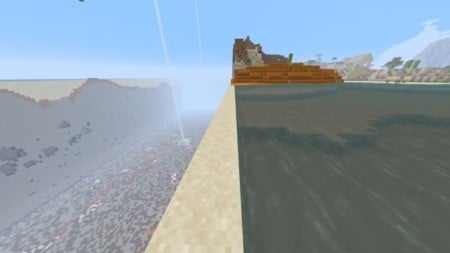 What’s more — this is just the first part of Minthical’s planned trilogy of “dimensional massacre” — he begins with the overworld, then moves on to mining out the Nether, and then the End.

The latest update, posted to YouTube in November, puts the world at over 38 million blocks mined. Minthical estimates that he’ll be finished around February 2022.

If you’re wondering “why” or “how”, Minthical has an answer for you:

“I want to be able to just build my legacy, but help others build their own legacy that will be seen for years to come. Many people may think doing these big projects will be a waste of time, but they don’t understand that once they finish they will remembered by others through the accomplishments.”

Have you ever taken on a similar project in Minecraft, or another game? Let us know in the comments!