In Episode 1 of this blog series, we built an AWS landing zone for our React/Node.js application, using Pulumi. In Episode 2  we built a simple React app and an Express API server. We manually deployed the app on the landing zone. In this episode, we will automate it with GitActions and CodeDeploy.

For the sample application used in this blog, I have used Multi-repo. There is a huge debate on Mono vs Multi Repos. I might blog about that separately, but for now let’s assume Multi repo is the best for this application and go ahead :-D.

Before we configure the GitActions, we have to modify the infrastructure code to include Infra code for the creation of code deploy configurations.

In Episode 1, we did not create the CodeDeploy Configurations. Find below the modifications done in the Python code to create appropriate Roles and CodeDeploy configurations. Let’s walk through the code (please refer to my GitHub for more latest code.) 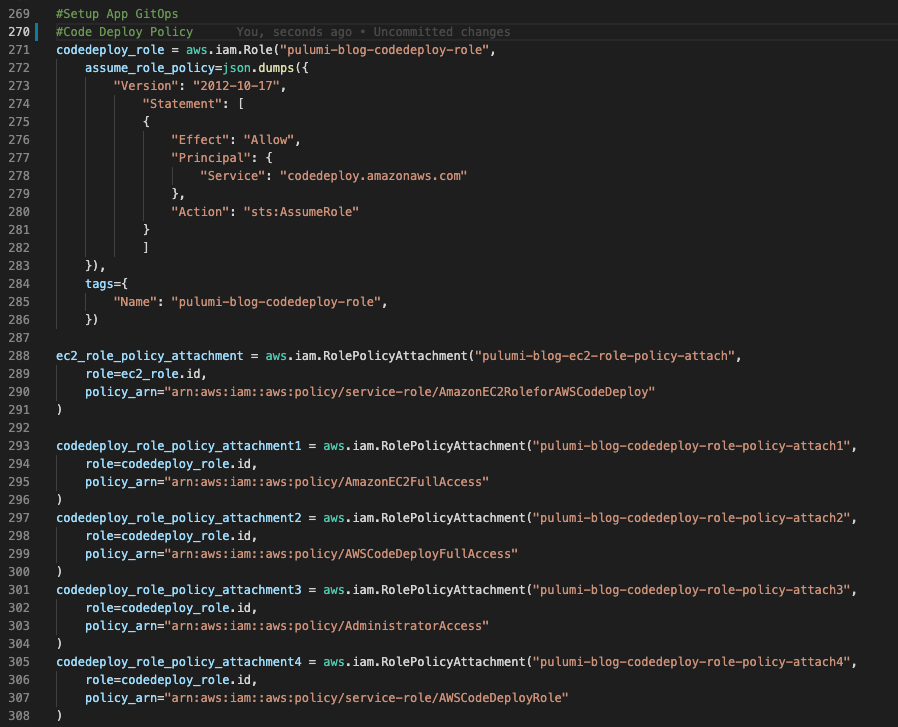 In the above code, we are creating a CodeDeploy application. Let’s now create deployment groups.

Now that we have all the infrastructure ready.

In the appspec.yml, we are configuring the source and destination (on EC2) folders. This configuration is used by CodeDeploy to deploy the application files in the appropriate folder (/home/ec2-user/contacts-api).

We are also configuring 2 Hooks

Application Start Hook: Which is another shell script that we are asking CodeDeploy to run to start the application after deploying the application code. The following is the code for appStart.sh, where we are setting up the nvm environment variables, running npm installto install all the dependencies, and then running our application. 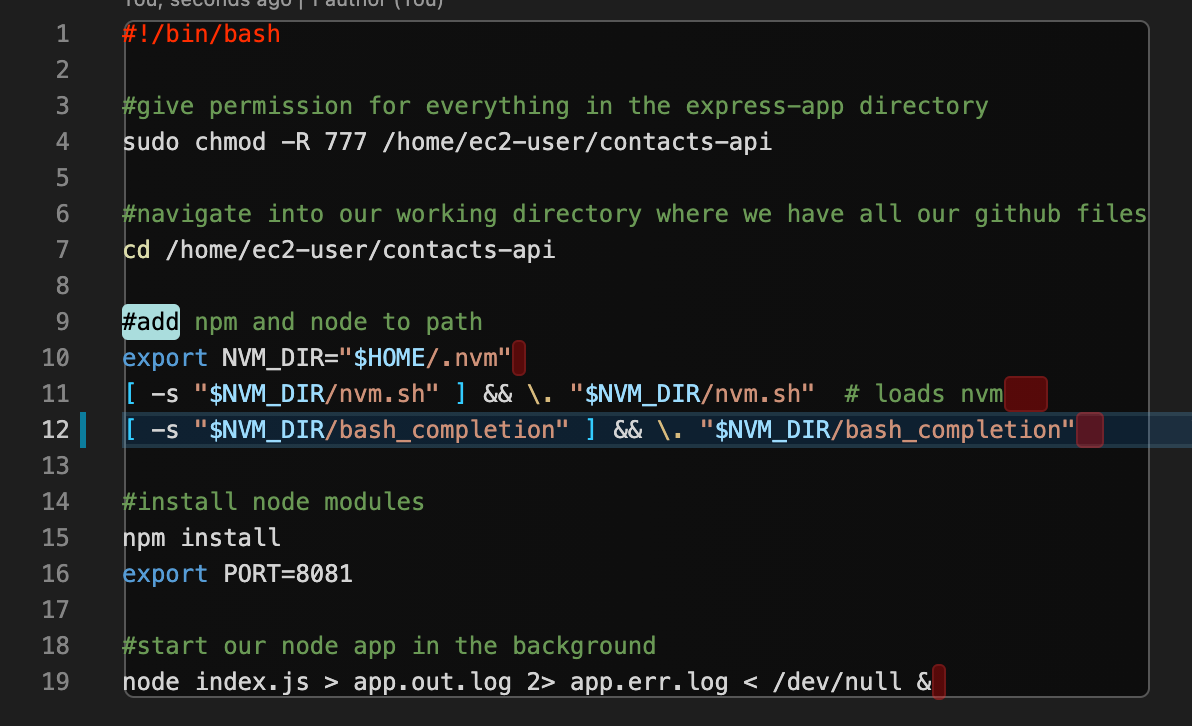 JavaScript is a very popular and powerful programming language that’s used with HTML and CSS to create the front end...

Databases are a key architectural component of many applications and services. Traditionally, organizations have chosen relational databases like SQL Server,...