A year after it first launched, Assassin’s Creed Valhalla has delivered on its promise of providing a grand Viking experience. Eivor’s journey saw the warrior unite the feuding kingdoms of England, foil an insidious druidic plot in the emerald isle of Ireland, and dethrone an emperor after a quick trip to France. Between the base experience and expansions, Assassin’s Creed Valhalla has grown with new modes, challenges, and authentic festivals that brought some merry entertainment to Eivor’s settlement.

Ubisoft’s only getting started, though, as Year Two of Assassin’s Creed Valhalla kicks off with an ambitious crossover event with Assassin’s Creed Odyssey this month, as fan-favorite character Kassandra journeys to England and crosses paths with Eivor. Then in March, fans can prepare for an epic clash of the gods in Dawn of Ragnarok, Assassin’s Creed Valhalla’s next major expansion. Dawn of Ragnarok leans heavily into the Asgard fantasy that played a vital part in Valhalla’s first year, aiming to provide over 35 hours of new content across a collection of Norse realms that are roughly one-third the size of England. 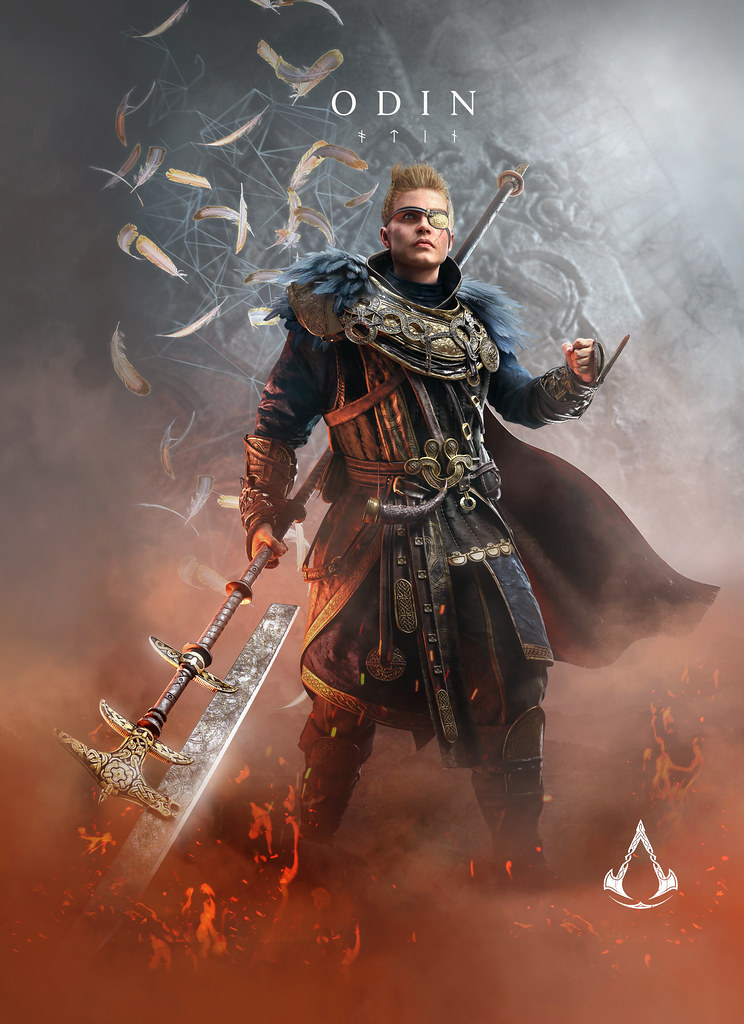 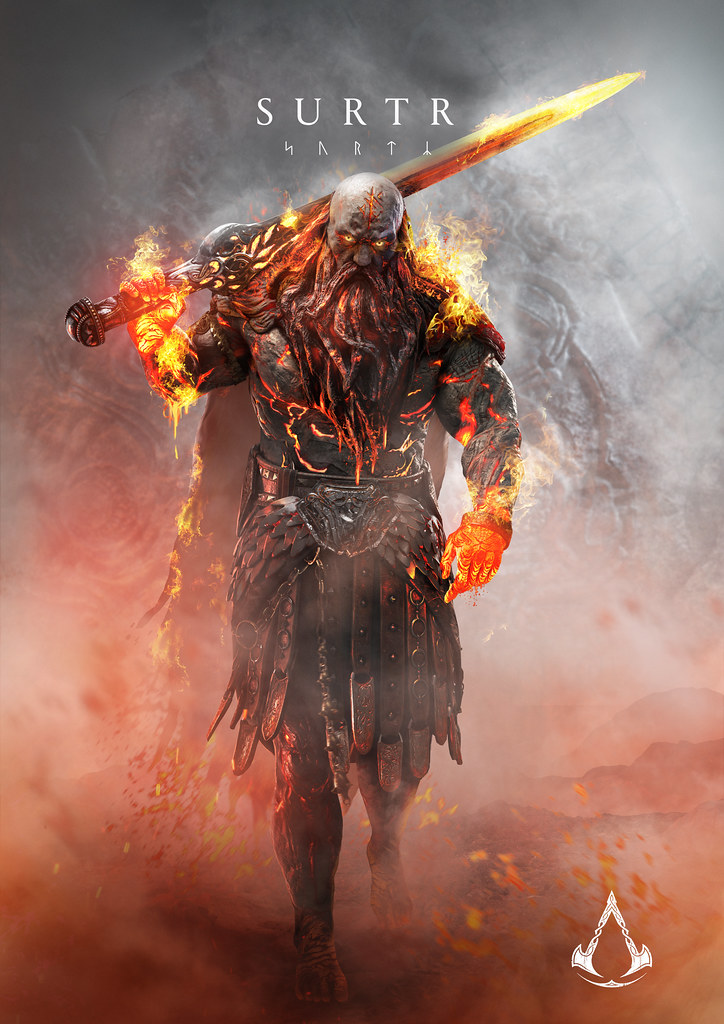 Assassin’s Creed Valhalla was more than just a historical dive into the age of Vikings when it launched last year, as Ubisoft’s game opened up the realm of Asgard to players and saw Eivor remember their past life as Odin, king of the gods and protector of the realms. Eivor will once again slip into a deep slumber that allows them to relive their previous life as Odin, who faces a new threat to Asgard from the combined forces of the Jotunheim frost giants and the demonic forces of Muspelheim led by the Allfather’s greatest nemesis, Surtr.

With the odds stacked against him and his son Baldr held captive by the Jotnar, Odin will have to travel to Svartleheim to enlist the aid of the Dwarves if he’s to save the nine realms from all-out destruction. 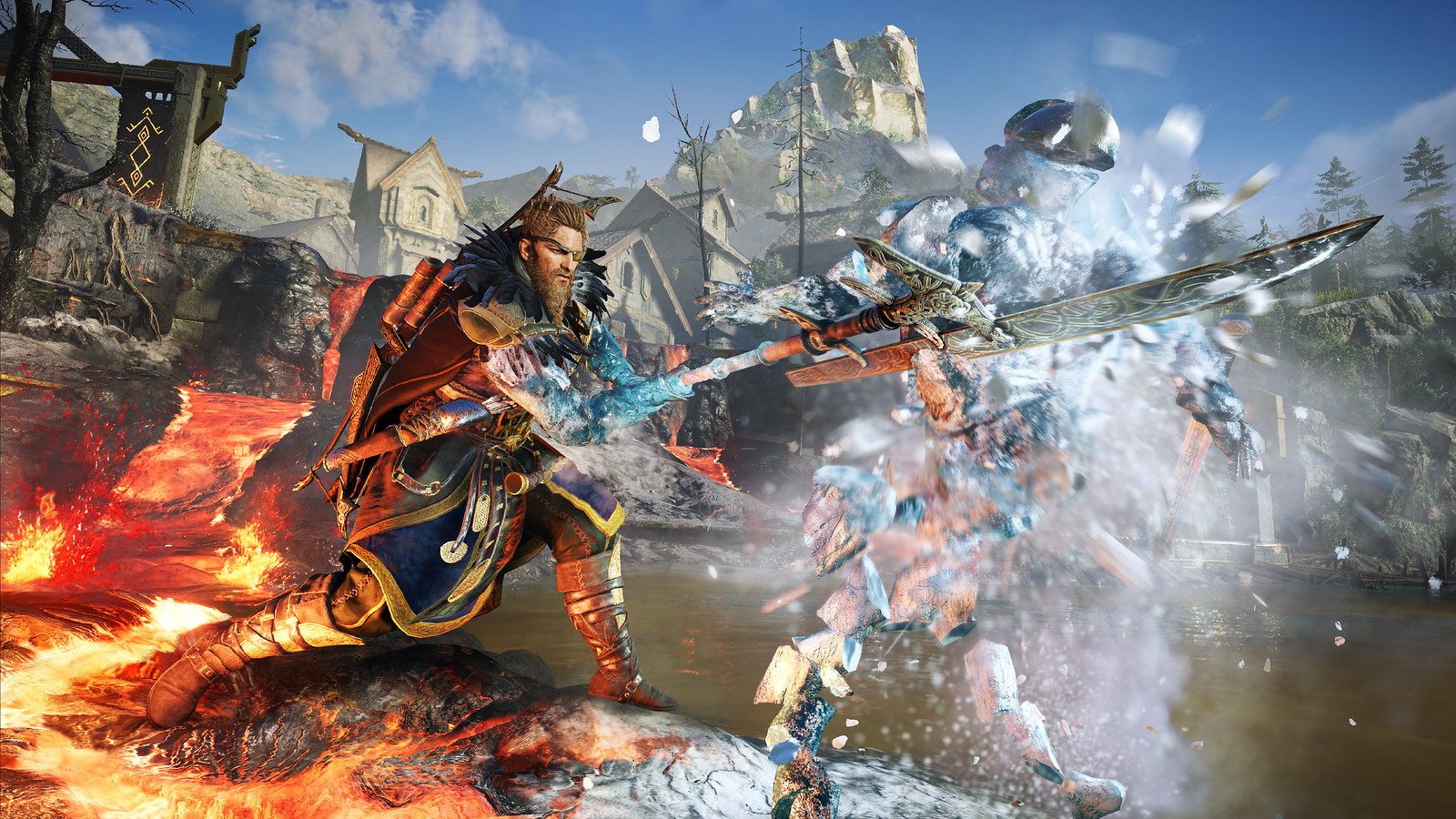 “We based our design of the dwarven realm on the Norse Sagas in order to create a documented mythological fantasy,” explains Ubisoft Sofia Producer Mariana Gosteva of the new locale. “The scale of Svartalfheim is indeed vast – we created a strong setting allowing us to expand the story of Odin in their quest to save their beloved son Baldr. But there is even more to that – one of our key objectives from the very beginning when designing the world was to offer to the players the opportunity to explore and investigate, to provide them with a playground where they can engage with a world very different from what they have enjoyed in the main game so far, and to experiment with all the fresh new ingredients we are adding to the gameplay.” 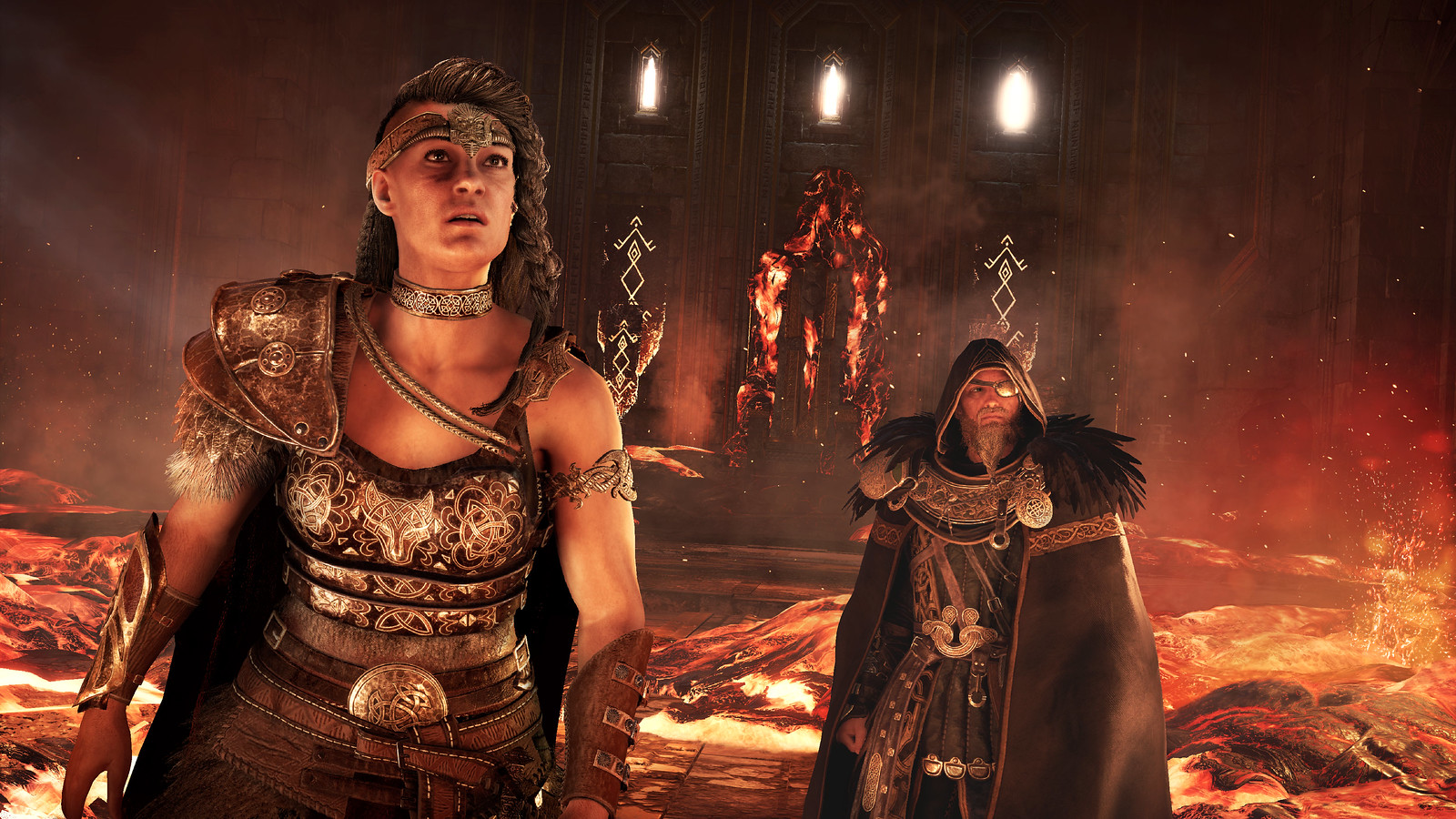 The greatest artisans in the land have been driven into exile by Surtr’s armies, so it’ll be up to you to find them. While Odin is no slouch when it comes to combat, the king of Asgard will need to unlock new godly powers in his war against Surtr, and thanks to the Hugr-Rip bracer that he acquires, he’ll be able to blend Assassin’s Creed’s trademark stealth and covert backstabbing techniques with the game’s more physical and brutal combat systems to tear through enemies.

“In the expansion, we introduce an entirely new gameplay system which will allow the players to harness the powers of their enemies,” Gosteva explains. “This new system promotes the fantasy that you play as the god Odin; it emulates the core pillars of the game and offers to the players multiple opportunities to experiment and strategize. This system is a fresh and unique addition to the combat system of Valhalla. It refreshes the whole fight experience and adds a brand-new layer of fun.”

One of the more fascinating powers that Odin wields is the ability to shapeshift into a raven and sneak up on enemies, catching them unaware when he transforms back into his godly form and delivers a killer blow. Expect to unlock new abilities and weapon classes that will transform Odin into a one-god-army who can demolish any obstacle in his way. 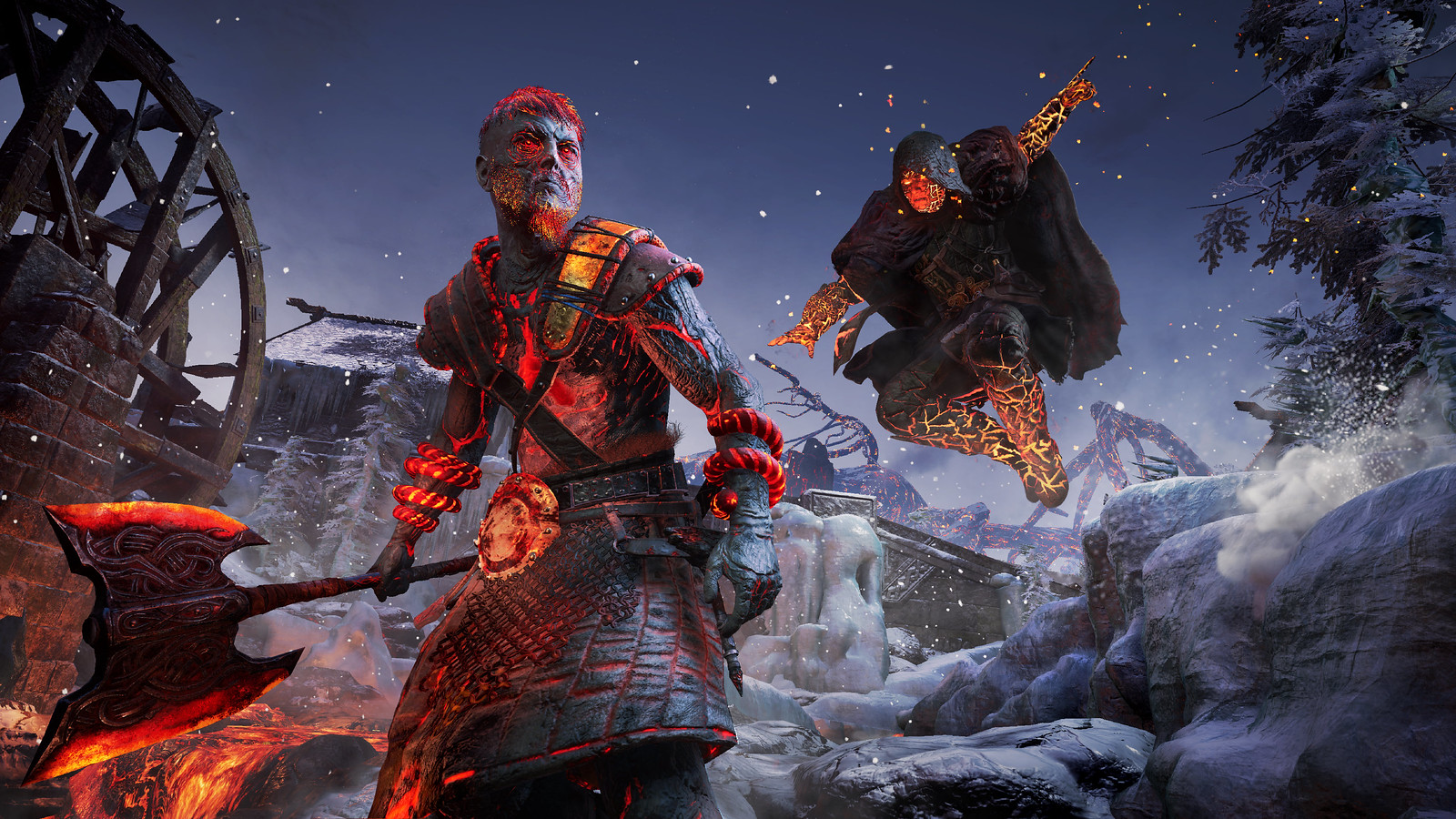 “We, on our end, are extremely excited to see how the players will discover and experiment with the Powers,” says Gosteva. They will have the chance to work on and adapt their strategy to upgrade and use the Powers in many unique and ingenious ways!”

“In Dawn of Ragnarök, we’re introducing a new weapon class with a specific combo system, and it is super exciting to play with it. It was one of our goals to give the players different opportunities to fight their enemies in a fresh new way from what they have experienced in Valhalla.”

Odin’s battle against rebellious realms is just the start of his journey, as he’ll be able to test his mettle in the Trials of the Valkyrie. This new arena will push your skill to the breaking point, but if you survive, you’ll be rewarded with some of the finest loot to outfit Eivor and Odin in. For veteran players who went to the effort to collect ancient relics such as Thor’s armor or the mighty Excalibur sword, details on how those ancient artifacts were forged will be revealed in the expansion. 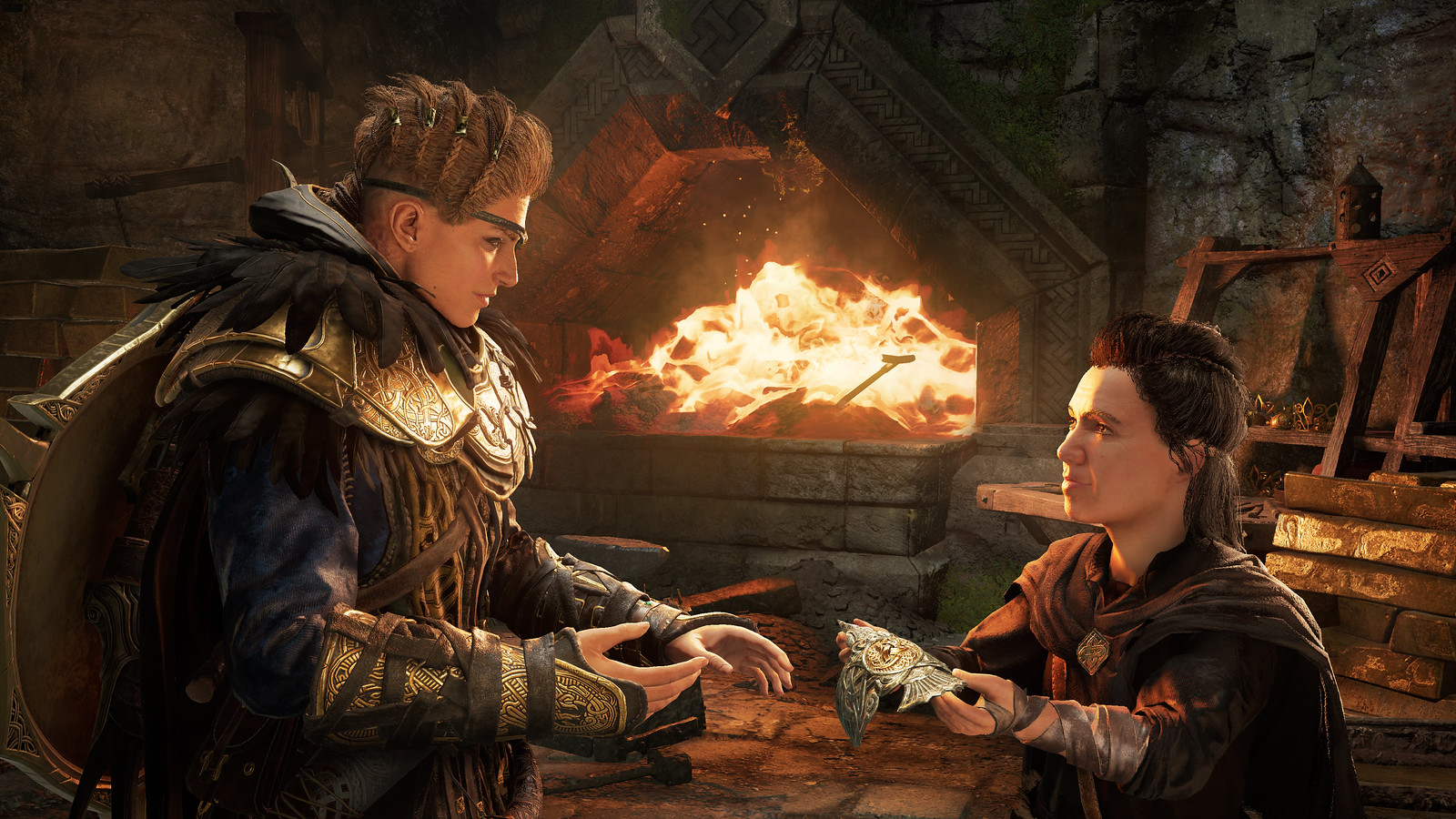 “We have expanded on all the core pillars of Valhalla – from combat to stealth, and from puzzle to exploration,” says Gosteva. “We have made sure the expansion offers something fresh and new for players of all playstyles. The new gameplay system which allows Odin to acquire the powers of their enemies provides great opportunities to diversify and refresh the whole experience; the Powers open an entirely new way to play and enjoy the game.”