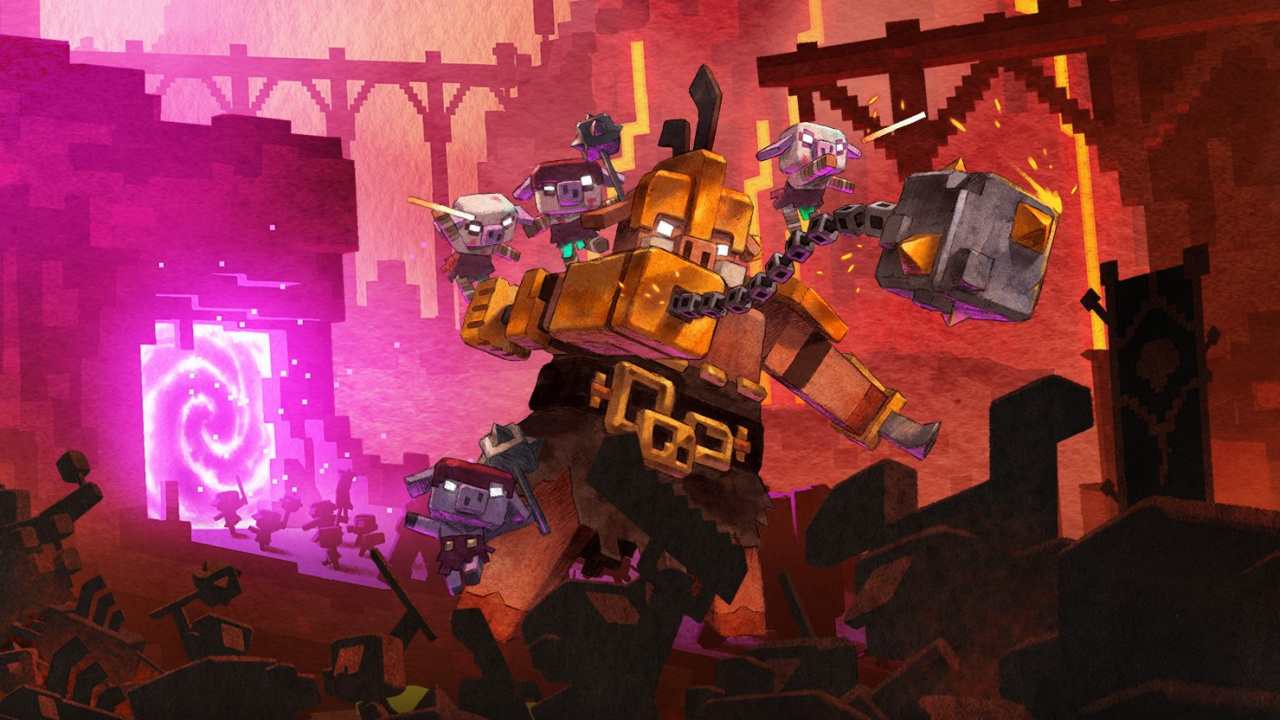 Nintendo has shared a new look at Mojang’s much-anticipated Minecraft Legends across its social channels, this time introducing us to a clan of fiery creatures who we can only assume will be your central opponents in the game. Seriously, have you ever seen a good guy living in a castle of flames?

The trailer carries some serious Lord of the Rings vibes, as an ominous narrator speaks over images of a blocky hero on horseback riding into battle against a hoard of Piglins (yes, the baddies are pigs in helmets). This mostly cinematic section gives a good idea of the fantasy feeling that the action strategy spin-off is looking to hit, with huge castles and battles seeming to be the defining feature of the game.

Aside from these cinematics, however, the trailer also gives a greater look at some gameplay, showcasing the game’s Pikmin-style guide-and-conquer mechanics. Deciding the movements of zombies, creepers, skeletons and more, all while navigating your horse through the battlefield, Minecraft Legends looks ready to be a little more chaotic than the chilled crafting that we are used to.

For a brief summary of what to expect following the latest trailer, check out this official rundown of the Piglins’ role in the game below:

The Overworld needs a hero! The piglins are here, hungry to claim new territory – and they will devour everything in their path to exploit this gentle land. Call on familiar mobs and new golems to take the fight to the piglins. Lead the charge and put a stop to their fiery plans before it’s too late. But be warned – the piglins are as relentless as they are chaotic. Will you inspire your allies and stop the spread of the piglins’ Nether corruption?

Minecraft Legends has been confirmed for Switch, though we are yet to hear any news of a release date beyond ‘2023’.

Are you excited for Minecraft Legends? Let us know your thoughts on the new trailer down below.

The Best Mac I've Ever Reviewed!