Netflix introduced its mobile-only plan in India in July 2019 priced at INR199/month in a bid to increase its subscriber base. Now in yet another attempt at increasing its subscribers, and hence the revenue, the company has announced price cuts in the Asian country across all its plans, now starting at INR149/month and going up to INR649/month.

While Netflix has dropped the prices of all its plans in India, it hasn’t made any changes to what those plans offer, so you’ll continue enjoying the benefits as before, just at a lower price. You can check out the table below for more details.

Unlike Netflix, these Prime membership plans don’t restrict video streaming quality on Prime Video, but there is a Prime Video Mobile Edition plan – priced at INR89 ($1.17/€1.04) per month – which only allows SD-quality playback.

None of these restrict streaming to standard definition, but you do see ads with the Mobile and Super plans despite paying for the service – something that doesn’t happen with Netflix and Amazon Prime Video. 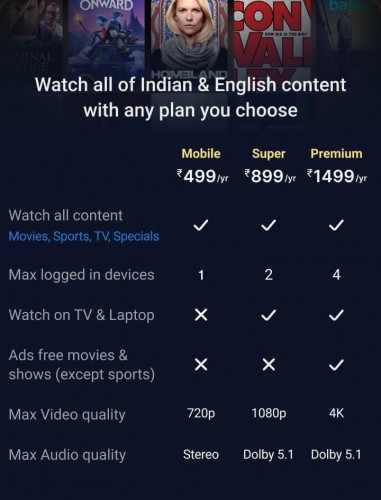 The Realme 9i was unveiled last week, and today it debuted in India. It comes in Prism Black and Prism...