Mutant Year Zero with a facelift

Mutant Year Zero with a facelift


Miasma Chronicles is the next XCOM-style action-adventure RPG from Mutant Year Zero: Road to Eden developer, The Bearded Ladies, and we had a chance to play the game for ourselves ahead of its Xbox Series X|S launch in 2023.

We recently had a chance to go hands-on with 505 Games and The Bearded Ladies‘ upcoming action-adventure game Miasma Chronicles. It shares a ton of DNA with the studio’s previous game, Mutant Year Zero: Road to Eden, so expect plenty of tactical, turn-based combat mixed with RPG elements reminiscent of the XCOM series. If there is anything I took away from my short time with the game, it’s that The Bearded Ladies have taken much of what made the previous game great and built on it, especially in its visuals. Miasma Chronicles doesn’t have a release date just yet, but it’s expected to launch sometime in 2023 for Xbox Series X|S.

Immediately upon seeing Miasma Chronicles in action during our preview, the shared DNA between this up-and-comer and The Bearded Ladies’ previous game was evident in many aspects. The post-apocalyptic American setting is beautiful both in the way it portrays a world slowly returning to Mother Nature’s bosom, as well as in the decaying ruins you find sporadically littering the world. It’s a style that feels familiar to Mutant Year Zero, but the overarching visual style is a marked improvement, with combat and general world effects popping against the grey concrete and green foliage backdrops that filled the screen throughout my short time with the game in its earliest moments. It was by no means vibrant, but for a world creeping towards the removal of humanity, there seemed to be a traumatic beauty to each scene.

My time began a little into the opening moments of Miasma Chronicles and gave me a chance to play with the game’s two main protagonists, a young man named Elvis and his robotic brother Diggs — I didn’t get a chance to find out why Elvis’ brother is a robot, but Diggs is cool, so who cares, right? The story pivots around the journey undertaken by the unlikely siblings, who are in possession of a special gauntlet that can control the mysterious force known as the Miasma, which has decimated America and caused all manner of strange creatures to roam the land. 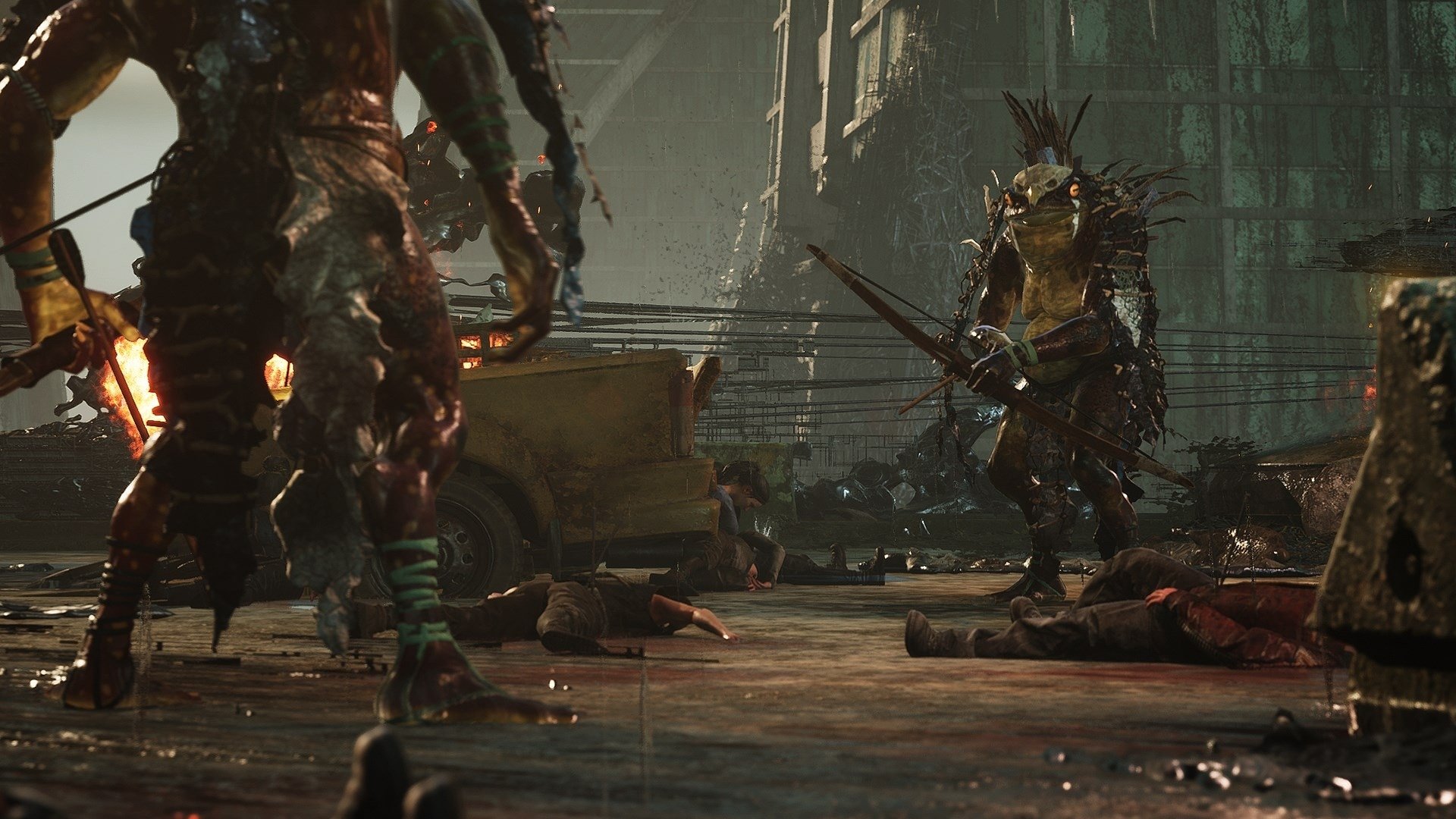 Naturally, many of the creatures are hostile, and combat in Miasma Chronicles plays a bit like a simplified version of XCOM. I had a chance to battle it out with a few hostile humans and large frog-people during my preview, which provided me with ample opportunity to put the combat mechanics to use. Miasma Chronicles uses an action point, turn-based system much like the aforementioned games. Each turn, you can move your heroes around the battlefield by using action points, and once you’ve run out of points or chosen to attack the enemy, your turn ends and the AI will do the same, so on and so forth— I only had access to Elvis and Diggs, but you’ll add additional characters to your team as you progress through the game, deploying three of them in any given combat situation. Being someone who struggled to demonstrate the mental aptitude to say I was even good at XCOM, it was really nice to see that Miasma Chronicles is much more welcoming, and forgiving, in the way that it handles combat. If the tactical nature of the genre is something that attracts you, then you should definitely keep an eye on this title.

Miasma Chronicles features RPG elements, so exploring the ruins of America will turn up new gear for your heroes to use, special items, and the like, as you’d expect from the genre, so exploration seemed to be a worthwhile endeavour. Even from my short session, it was clear that The Bearded Ladies has created a pretty large world, filled with various activities and locals to explore. That was evident by the first settlement you can visit, Sedentary — which is run by a mayor that’s just a head in a jar. I had so many questions about that strange man. How did he end up in a jar? Was he born without any form of body? Did he lose his body in some terrible accident? Did he just wake up one day and couldn’t find it? So many questions. It totally doesn’t continue to command my attention. No, definitely not… 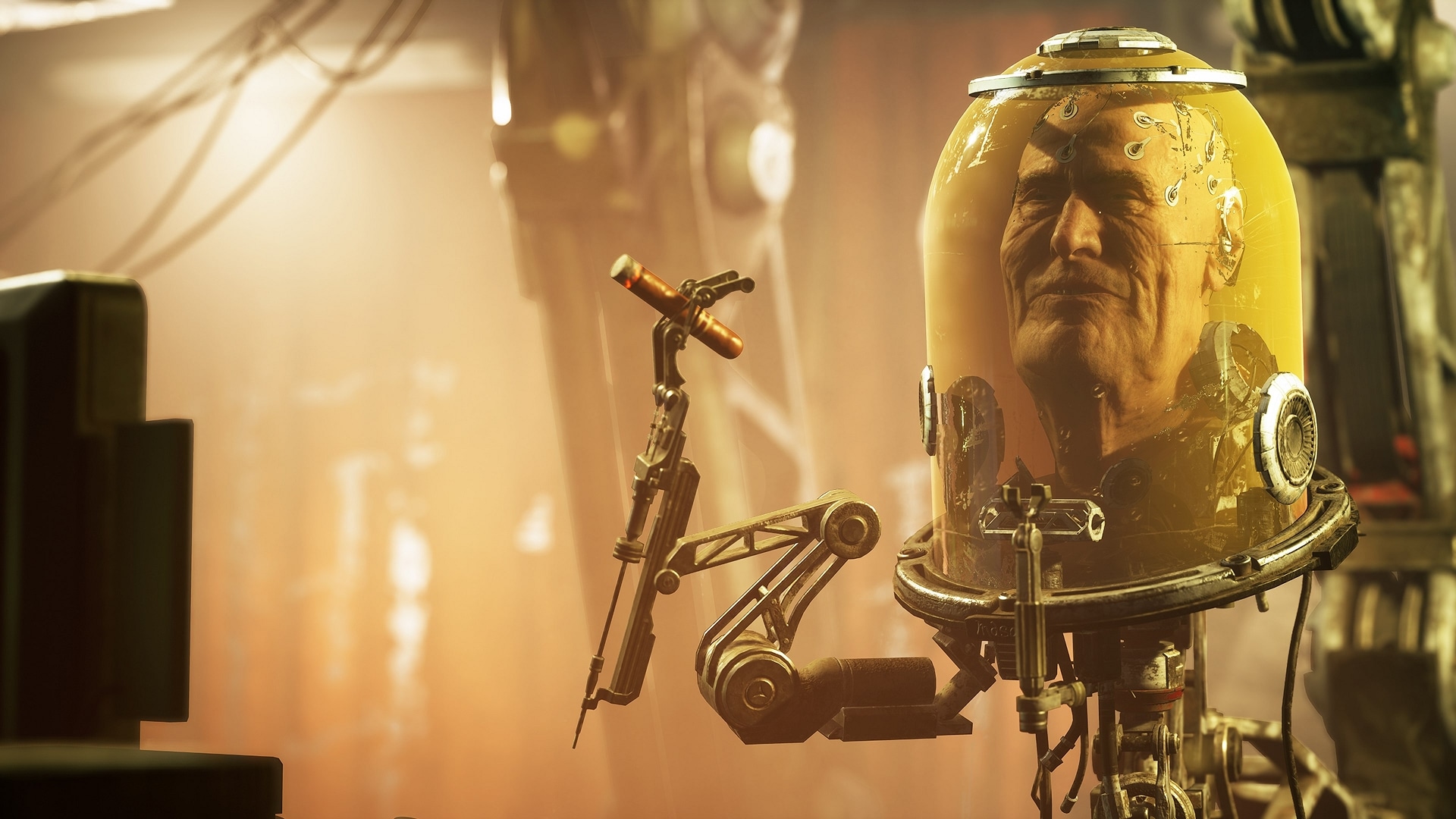 Aside from the strange jar-man, Sedentary is very much what I would expect to see from a human settlement struggling to survive in a post-apocalyptic wasteland. Buildings are very ramshackle, almost shack-like, and while it’s not a messy place by any means, it has a rugged feel to it. As soon as I entered it, I could see a vast number of icons on the map as many of the town’s citizens had quests for me to undertake, and from what I was told, Sedentary is only one of an undisclosed number of settlements spread across Miasma Chronicles’ version of America. It’s felt as if The Bearded Ladies had really made a conscious effort to offer even more content this time around, which I’m sure is welcome news for those of you that enjoyed Mutant Year Zero.

Overall, my very short time with Miasma Chronicles was a delightful one, and it’s made me hungrier than a Miasma-mutated critter for the full experience. I stepped away from the demo feeling like I hadn’t even scratched the surface of the intriguing world… and with a game so focused on its lore, that’s precisely how I’d like to feel after thirty minutes.