In 2005, Dr. Peter Rodgers addressed micro web services during a presentation at a Web Services Edge conference, where the first generation of micro web services was based on service-oriented architecture (SOA). SOA is a “self-contained” software module that performs as a task, and this allows the service to communicate based on SOAP (Simple Object Access Protocol). The main SOAP idea is, “Do the simplest thing possible.”

Multi-cloud (i.e., hybrid cloud) means there are two different approaches to spreading an app through multiple cloud providers. For example, we can build core applications in AWS, and there are some parts that we can deploy to Azure and Google Cloud. Another multi-cloud example is when an app that was designed for one cloud can be migrated to another with minor changes.

Before we jump into examples, let’s look at a brief list of the pros and cons of microservices and monolithic architecture:

When I start designing a solution, I always use monolithic architecture as the starting point. Using this approach, we can achieve the following:

In Figure 1, you can see an example of a typical modular monolithic architecture of a traveling system. It allows passengers to find drivers, book, and join the trip. 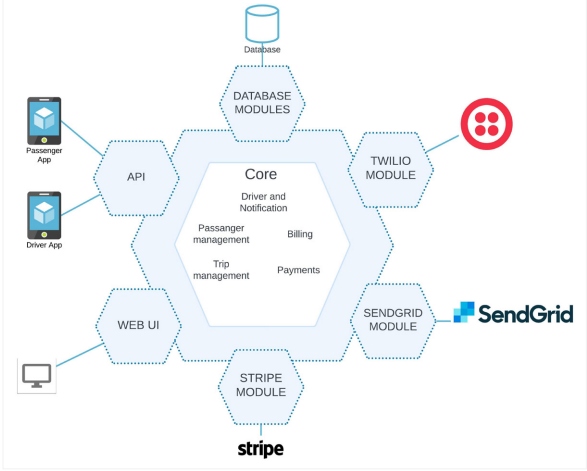 The system consists of several modules:

This monolithic architecture can be migrated to the microservices one. Each service can operate independently and can keep the state in its own database.

The solution explained above is quite simple and can be transformed into microservices without a lot of issues. However, when it comes to the enterprise level, this migration is far more complex, as is seen at large companies such as Netflix.

Kubernetes is a popular open-source system for orchestrating, automating deployment, and scaling the containers apps. It contains and automates the deployment. Azure, AWS, and Google Cloud have their own managed orchestration services that already include load balancing, auto scaling, workload management, monitoring, and a service mesh.

Azure Service Fabric is a distributed platform to orchestrate microservices. For several years, the main goal was to provide the best support for .NET Core/Framework- and Windows-based microservices; we can see it in the selection service flowchart. Microsoft claims that Service Fabric supports other languages and platforms like Linux as well.

A queue is a service that is based on the FIFO (first in, first out) principle. All message bus systems are based on this service. For example, Azure has queue storage that contains simple business logic. If you have a simple architecture that needs centralized message storage, you can rely on the queue. AWS and Google Cloud also have the Simple Queue Service and GC Pub/Sub, respectively. These allow you to send, store, and receive messages between microservices and software components.

Service Bus/Message Bus is based on the same approach as a queue. However, a Message Bus has more features on top — it contains a dead-letter queue, scheduled delivery, message deferral, transactions, duplicate detection, and many other features. For example, Azure Service Bus and AWS Managed Kafka service are highly available message brokers for enterprise-level applications that can deal with thousands of messages.

Serverless allows us to build microservices architecture purely with an event-driven approach. It’s a single cloud service unit that is available on demand with an intended focus on building the microservices straight away in the cloud without thinking about what container engine, orchestrator, or cloud service you should use. AWS and Azure have Lambda and Azure Functions, respectively. Google Cloud Functions follows the same principle.

A legacy system may have unmaintainable code and an overall poor design, but we still rely on the data that comes from this module. An anti-corruption layer provides the façade, or bridge, between new microservices architecture and legacy architecture. Therefore, it allows us to stay away from manipulating legacy code and focus on feature development. 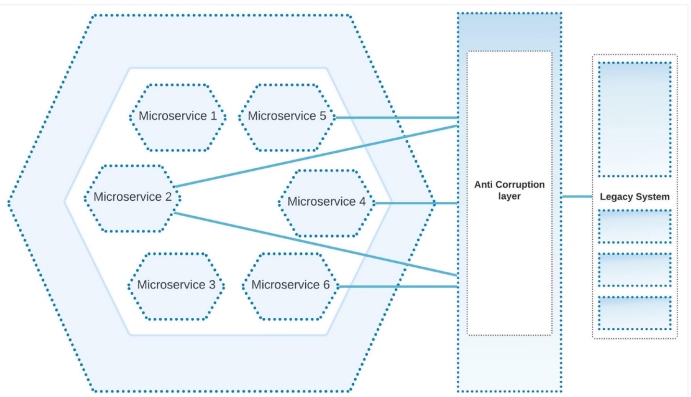 The circuit breaker provides mechanisms to stop a cascade from failing and automatically recovering to a normal state. Imagine we have service A and service B that rely on data from service C. We introduce a bug in service C that affects services A and B. In a well-designed microservices architecture, each service should be independent of the other.

However, dependencies may occur during refactoring from monolith to microservices. In this case, you need to implement a circuit breaker to predict a cascade failure. Circuit breakers act as a state machine. They monitor numerous recent failures and decide what to do next. They can allow operation (closed state) or return the exception (open or half-open state).

A service mesh implements the communication layer for microservices architecture. It ensures the delivery of service requests, provides load balancing, encrypts data (with TLS), and provides the discovery of other services. A service mesh also:

It allows you to not only manage the service but also collect telemetry data and send it to the control plane. We implement a service mesh such as Istio, which is the most popular service mesh framework for managing microservices in Kubernetes. 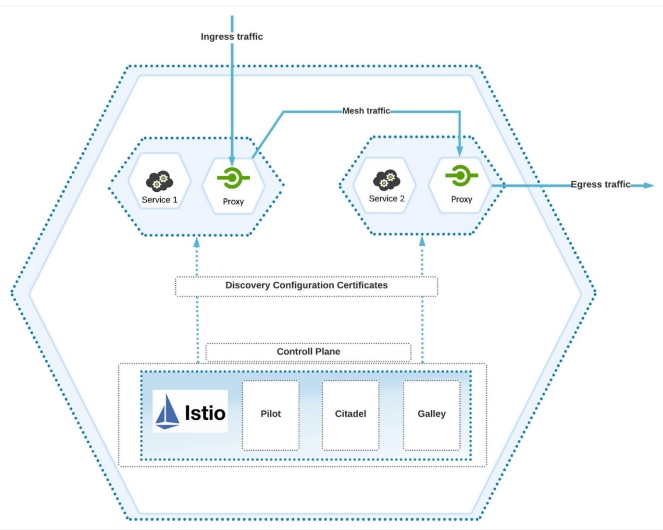 Sidecar is a utility application that is deployed alongside the main service. Sidecar is helpful in: 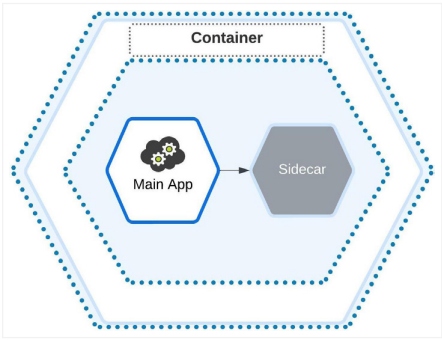 To demonstrate the power of microservices, we will migrate our monolithic travel application (see Figure 1) to the microservices architecture.

We will use the serverless approach and Azure cloud. 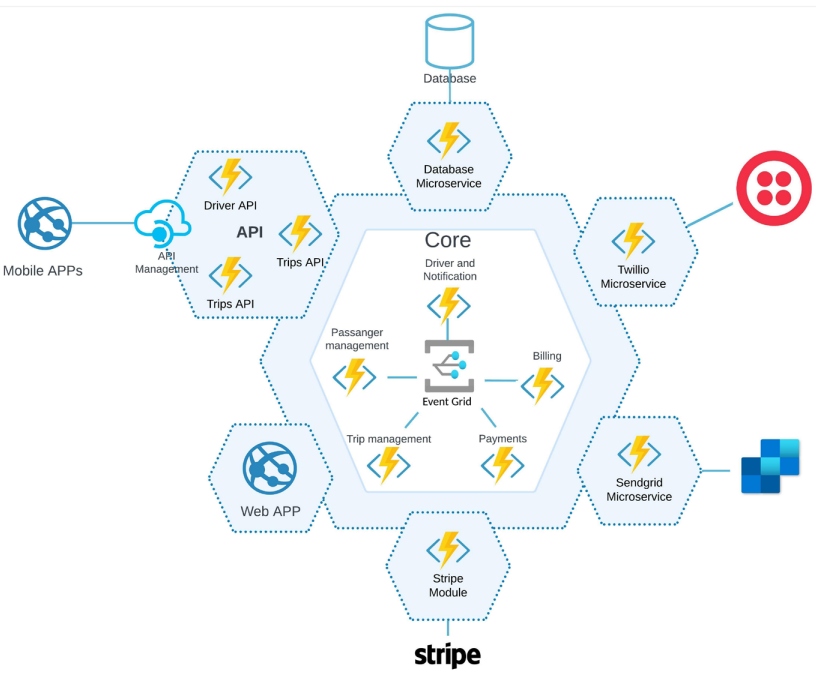 Building highly available, scalable, and performant applications can be challenging. Microservices architecture provides us the option to build not only independent services but also create several teams to support each service and introduce the DevOps approach. Microservices and all popular cloud providers allow us to build multi-cloud microservices architecture. This saves money, as some services have different pricing strategies. But be sure to choose the most appropriate service that’s suited for specific microservices domains. For example, we can use AKS with an integrated service mesh or a serverless approach based on AWS Lambdas. Multi-cloud allows us to apply cloud-native DevOps to deliver services independently.

It’s World Photography Day! Here’s how you can make the most of it

The Lord Of The Rings Is Coming To Magic Arena In New Crossover Event...But Not Soon