Microsoft has been pretty secretive about revenues for Xbox Game Pass, but the recent investigation from Brazil’s competition authority revealed that Game Pass earned $3 billion in 2021.

The company’s financials are currently under investigation worldwide, as regulatory bodies decide whether to approve Microsoft’s planned acquisition of Activision Blizzard for $80 billion. Following Saudi Arabia’s approval in August, Brazil’s CADE regulatory body approved the deal last week. Interestingly, the investigation gave us a small look into how much Xbox Game Pass earns yearly, which made $2.9 billion in revenue in revenue in 2021 (thanks, Tweaktown). 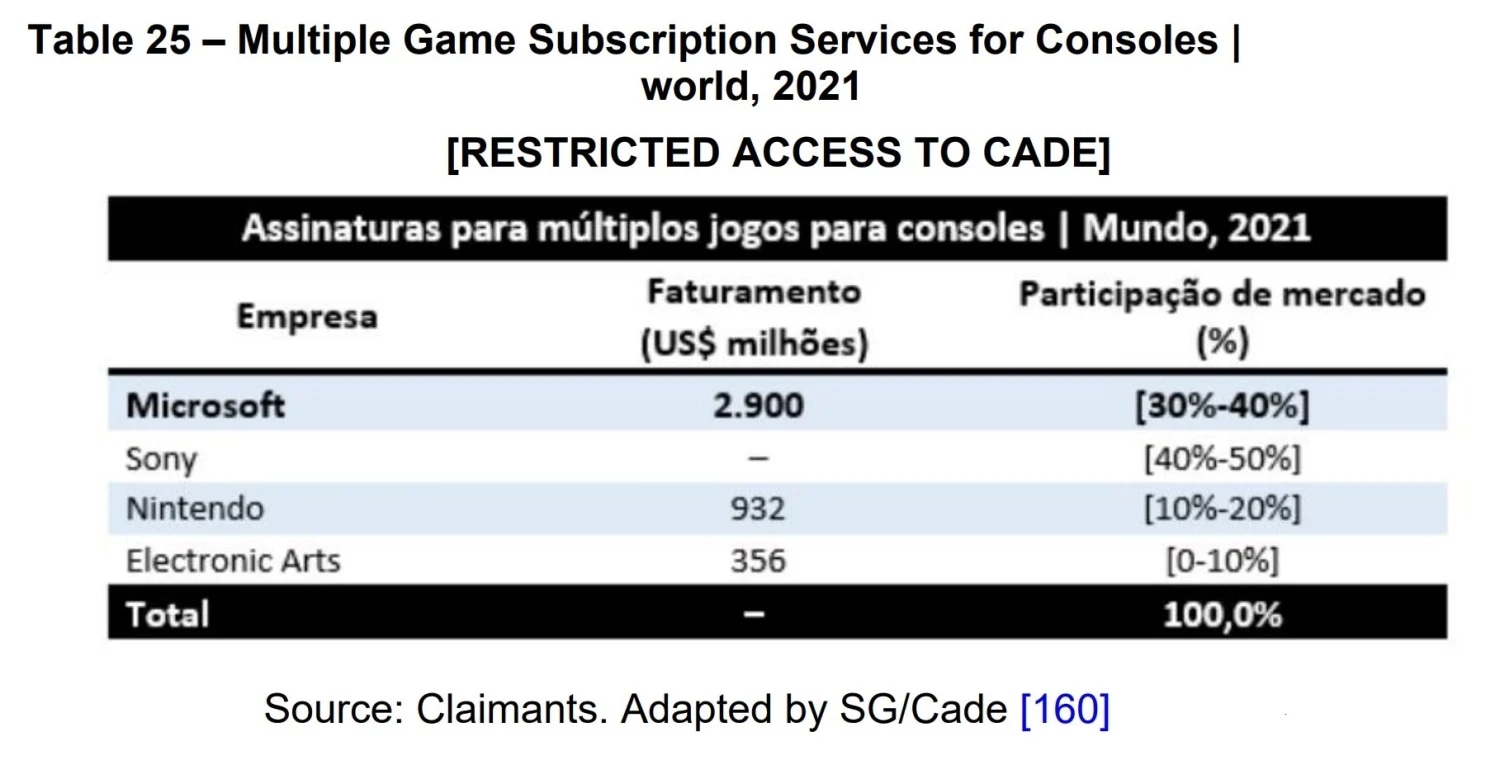 Xbox Game Pass has earned itself the consumer-coined slogan: “best deal in gaming” over the last few years, thanks to its undeniably fantastic library of games, which are all available with a $10 monthly subscription. Players that decide to bump up their membership to Xbox Game Pass Ultimate for $15 gain access to Xbox Game Pass, PC Game Pass, EA Play, Xbox Cloud Gaming, and Xbox Live Gold making it fantastic value for money. With some of the hottest releases being added to Xbox Game Pass in 2022 and 2023, many have wondered just how profitable the service is, as the company needs to pay developers and publishers to include their games within the library.

The recent investigation from Brazil’s Administrative Council for Economic Defence (CADE) looks to have answered that question for us, although roughly. According to the document, spotted by Tweaktown, Xbox Game Pass earned $2.9 billion of the $16.28 billion Microsoft made from its Xbox gaming on consoles in 2021. The figure doesn’t include PC Game Pass, but Tweaktown says that Game Pass accounted for 18% of the company’s revenue in 2021, which would put its active subscribers somewhere between 18 and 19 million.

Microsoft did reveal back in January that Xbox Game Pass had accrued over 25 million subscribers, so we expect the service’s earnings to surpass last year’s revenue quite dramatically. The company is currently trialling an Xbox Game Pass family plan, so that could offer another substantial bump in subscribers when it rolls out fully. Google also just announced that its cloud gaming platform, Stadia, is being retired, so with one hefty competitor now out of the race, Microsoft’s Xbox Cloud Gaming platform included with Xbox Game Pass Ultimate looks to be in a good position.

What do you think of this news? Are you surprised that the service is doing so well? Drop a comment below and let us know!