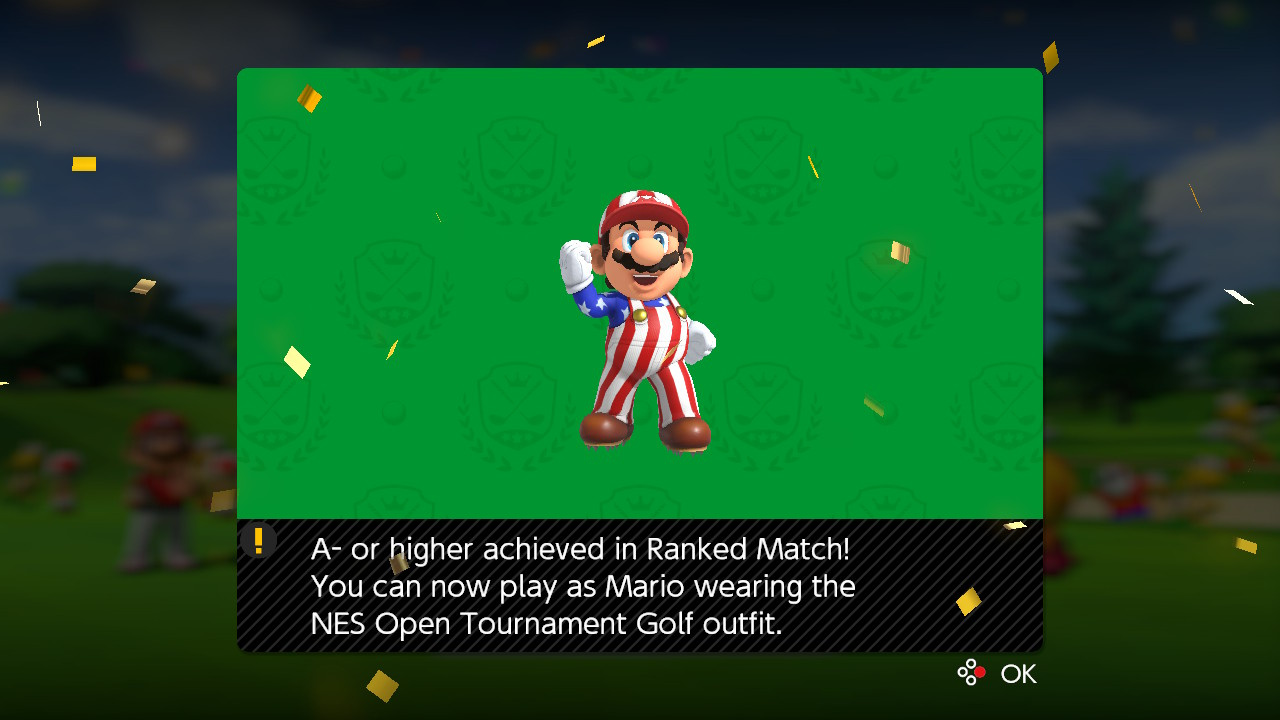 Mario Golf: Super Rush has expanded and improved a fair amount since its launch, now representing a rather decent final product. Part of this renewed appeal is the online ranked play, which is still undeniably simplistic but does offer snappy fun and some rewards. Last month the big prize was Mario’s normal clothing, which was both cool and underwhelming at once, but this month’s reward is certainly worth a little time on the course.

The January prize is Mario’s outfit from NES Open Tournament Golf, a rather iconic piece of attire that is often brought back to light in modern titles – in this generation it’s been a costume in Super Mario Odyssey and Super Smash Bros. Ultimate. Its origins make it the perfect unlock, and some eager players have got it wrapped up already.

The system for earning the reward is definitely generous, so you won’t need to spend too long playing to earn it (especially if spread out over a number of days). You only need to hit an A- ranking in one of the categories (normal or speed golf, buttons or motion controls), and with rounds only being three holes you can rattle off a number of points quickly. You don’t even have to be a strong performer as such, with participation points enough to help you move up the ranks.

Let us know in the comments, as always, if you’re planning to earn this outfit in Mario Golf: Super Rush; we’d argue it’s the most tempting ranked reward yet.

Image: WSS PlaygroundTeam Ladybug, known for its work on the Castlevania inspired Record of Lodoss War: Deedlit in Wonder Labyrinth,...