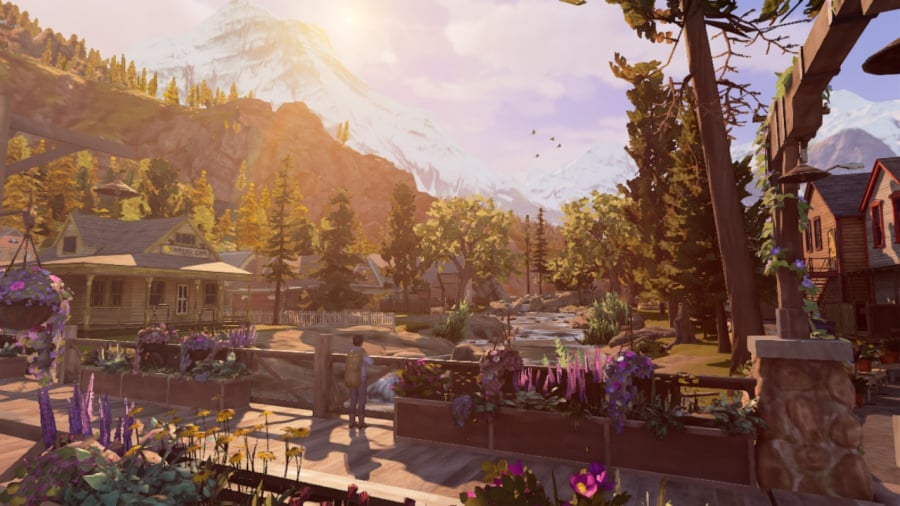 It’s hard to believe that we’re now on the fourth Life is Strange game in just six years (fifth if you include the short introductory installment for Life is Strange 2). That’s a lot of content within a relatively short space of time, so there’s an undeniable danger of the series running out of steam. Thankfully, however, Life is Strange: True Colors is confidently the most accomplished game of the series so far, showcasing a likable cast of characters, a well-written narrative, and a fantastic soundtrack.

Life is Strange: True Colors stars Alex Chen (played marvelously by Erika Mori) who moves to the quaint mining town of Haven Springs after a lengthy stint in foster care. Reuniting with her brother Gabe, it soon becomes evident that Alex harbors a secret ability to sense strong emotions in others, thus causing the same emotion — whether it be happiness, fear, or anger — to manifest in Alex herself.

What follows is a well-told mystery that’s full of moments that will make you smile, tear up, laugh, and more. It’s ultimately anchored by Alex herself, who tries to navigate her increasingly stressful life in Haven Springs all while battling self-doubt and fear over the power she deems to be a curse. She’s one of the strongest protagonists we’ve seen in years, and she really feels like someone you could meet in real life, such is the strength of her dialogue and mannerisms. 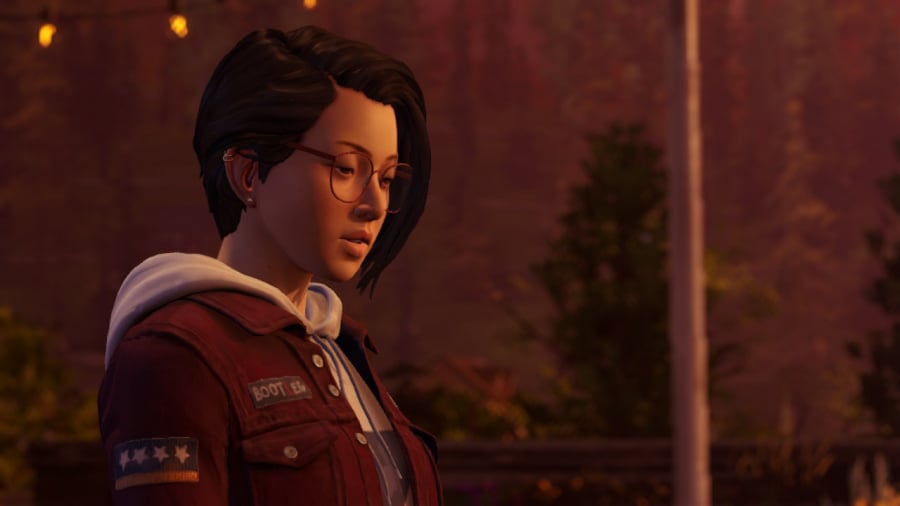 Surrounding Alex is an equally impressive cast of supporting characters, from the bearded bartender Jud Lucan to music lover Steph Gingrich. Each character displays their own backstory and quirks and all do well to drive the narrative forward; while there’s a definite temptation to push through the story and find out exactly what goes on in Haven Springs, we’d encourage you to take your time and really get to know each of its inhabitants.

Despite its clear strengths, there are a few issues with the narrative that are worth mentioning. Firstly, while Alex’s backstory is mostly well told through dialogue and subtle nods to her past, there are a few on-the-nose moments that felt a tad unnecessary, like when Alex plays a distinctly morose rendition of Radiohead’s ‘Creep’. Yeah, we get it. Additionally, Alex’s blossoming relationship with Steph sometimes feels a bit rushed and unearned. Slightly more time spent on this aspect would have made their time together more believable.

In terms of gameplay, the majority of the experience is focused on interacting with objects within the world and engaging in conversations with the locals; pretty standard stuff for the adventure genre. You’re given the option to either simply look at items — resulting in a brief internal comment from Alex — or interact with them directly. Conversations play out with the occasional dialogue choice, all of which feel relatively meaningful and allow the interactions to go off in multiple directions. 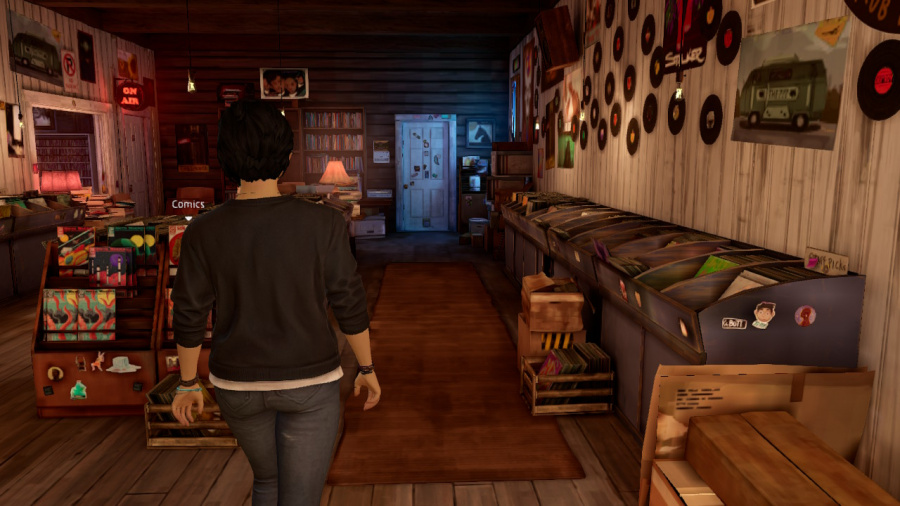 In addition to the standard interactions, you can also use Alex’s ability to feel emotions within others. By holding down ‘L’, you’re given a handy visual guide as to what kind of emotions other characters are feeling; red being anger, purple being fear, and so on. You can zone in on individual characters and hear their internal thoughts, which will give context to their emotions. The mechanic isn’t utilised particularly well during moment-to-moment gameplay, but it’s expanded upon greatly during key story beats, enabling Alex to either help individuals with their emotions, or awakening her own fear or anger.

The game also throws in some nifty minigames for good measure, some great, and some… well, pretty bad. On the plus side, Alex’s apartment contains its own arcade cabinet where you play a miner who needs to collect items and avoid ghosts; it’s a remarkably accomplished 2D platformer that feels like a port of a genuine ‘80s video game. On the flip side, however, you’ve got minigames like the foosball table, which maps each row of players to the four shoulder buttons. Playing this feels clunky and frustratingly unresponsive; an experience exacerbated by the game’s insistence on you playing through three matches in a row.

With the game’s move to the Nintendo Switch, Life is Strange: True Colors retains its distinctive look pretty well. Particular care and attention has gone into the wonderful facial animations, with subtle movements making each interaction feel all the more believable. The town of Haven Springs is well-realised, with its main street and accompanying shops displaying a boatload of character. 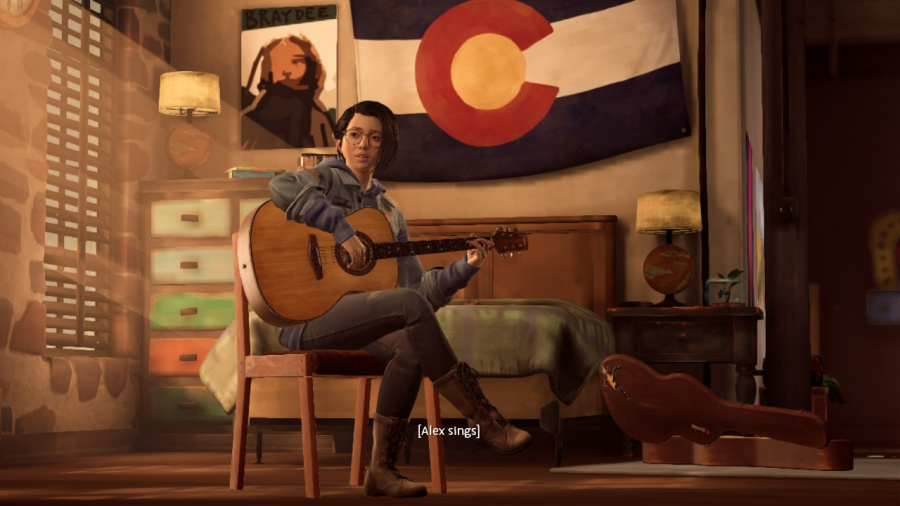 That’s not to say that the game looks perfect on Nintendo’s console, though; far from it. When compared to its release on other systems, the Switch version has endured some pretty severe graphical downgrades. Environments lack much needed detail, and this is particularly noticeable with wide landscape shots. Additionally, textures often take too long to load in, with buildings, trees, and objects appearing blurred for a few seconds before the visuals begin to sharpen up.

We have to give a massive shout out to the soundtrack, though. Acoustic tunes make up the majority of the music here, and it fits the tone and setting of the game remarkably well. You’ll sometimes come across ‘zen’ moments during the story, which showcases some of the setting of Haven Springs to a wonderful accompanying song. Visual grievances aside, it makes for some lovely ambient, calming moments.

Life is Strange: True Colors is the best game in the series so far, without a doubt. The town of Haven Springs is full of excellent characters, with Alex Chen herself being one of the best protagonists we’ve seen in some time. The game does suffer from some pretty severe visual downgrades with the Switch release, and some of the additional minigames left us feeling a bit cold. Nevertheless, developer Deck Nine has crafted a fantastic narrative that you’ll be eager to see through to the very end. Reduced visual fidelity aside, Switch is a great place to experience True Colors.

What To Expect At The Game Awards

Think of a game in which you control a character (so no Tetris or anything) — go ahead, any game!...