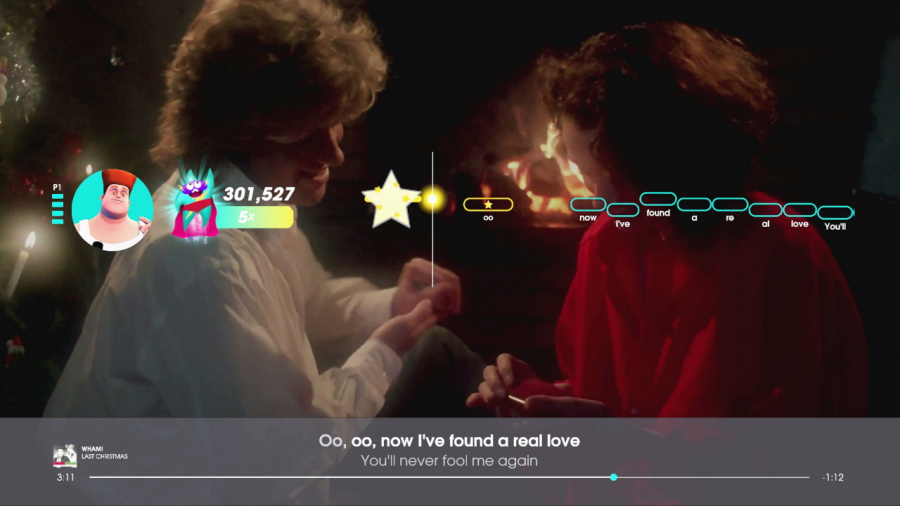 There are some things in life that are so predictably reliable, any change to the equilibrium would cause catastrophic disruption. Like the changing of the seasons, the annual holidays, and EA Sports’ insistence on screwing over Switch owners, Let’s Sing continues its annual releases with another set of both new and classic songs to sing along to with a group of friends and family. Much like the latest installment in Ubisoft’s rolling Just Dance series, Let’s Sing 2022 is a safe and reliable new entry that does very little to convince anyone not already in the fold that they really should be singing. We wouldn’t go so far as to say it’s completely unchanged, but it’s about as close as you’re going to get.

Like last year’s iteration and its strong spin-off Let’s Sing Queen, Let’s Sing 2022 is pretty much exactly the same experience. It contains 30 tracks for you to try out, ranging from David Bowie’s ‘Ashes to Ashes’ all the way to Nathan Evans’ incessant ‘Wellerman’ sea shanty. You can sort the songs on offer by genre and by release year to make things a bit easier, particularly if you’re not too familiar with the selection on offer. 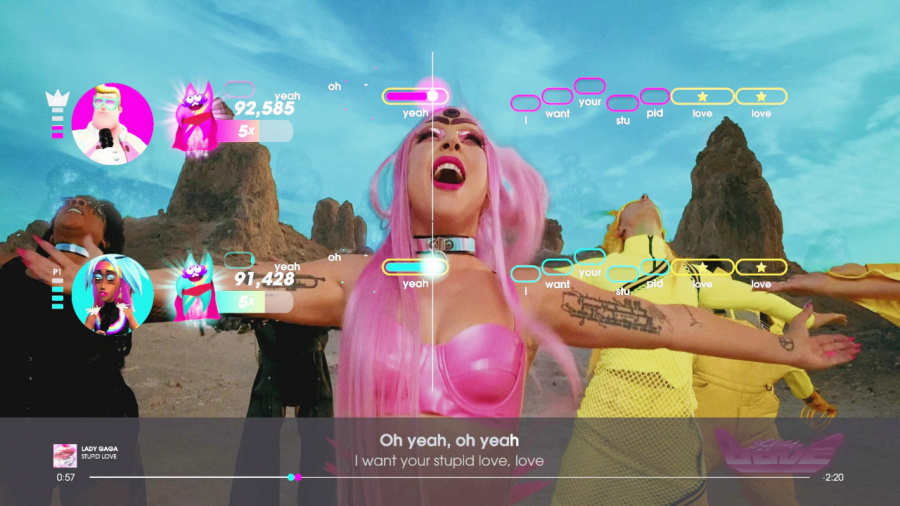 Of the tracks on offer right out the box, the actual variety is pretty poor. Unless you’re a teenager who keeps up with all the latest chart topping pop songs (and if we’re being honest, this is undoubtedly the target audience), you may struggle to find songs that you not only enjoy, but actually recognise to begin with.

This brings us neatly onto our next issue: song packs. Koch Media clearly knows that the base selection of songs probably won’t be sufficient for most users, so have launched an additional 13 song packs on the eShop. These come in various different forms, including ‘80s Hits, Classic Rock, Country, and more. Each pack contains five additional songs, so you can buy each one individually if you wish, but forking out for the whole lot will cost almost as much as the full base game. Considering the relatively small playlist available on the cart, it’s a little bit gross — this old dinosaur would of course much rather the base game contain the full selection of songs, but we’re not blind to how this works nowadays. 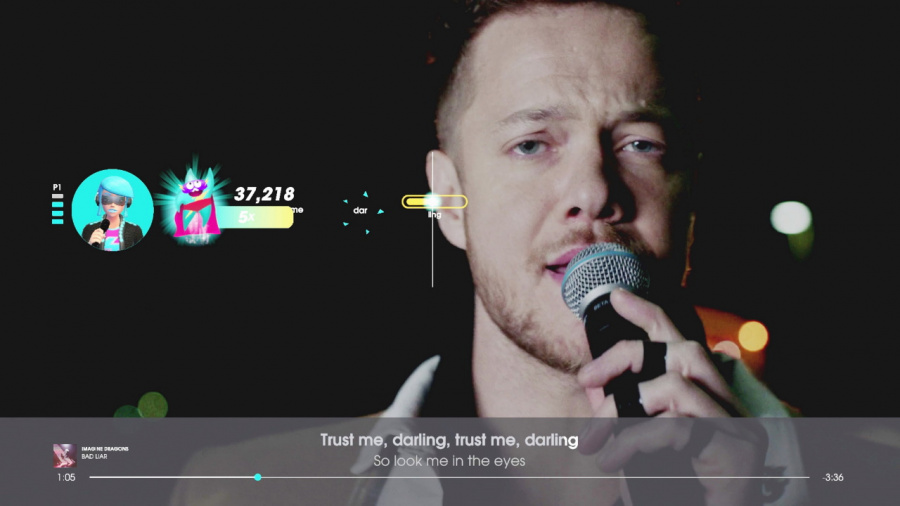 In terms of modes, everything from the 2021 iteration makes a return here. The single-player focused ‘Legend’ mode is back for a second run, whereby you take on a series of challengers and boss battles; the actual gameplay here is really no different to any other mode on offer, but it’s nice that the developer at least kept solo players in mind to a degree.

‘Classic’ mode is fairly straightforward and requires you and up to three other players to simply sing along to the various tracks and gain a ranking based on your performance. ‘Feat’ mode is a nice opportunity to sing a few duets with your partner and determine your singing compatibility, with each song splitting out a few lines of lyrics per person. ‘Mixtape’ splices together short segments of five songs in a playlist, ‘Let’s Party’ throws in some funky little distractions while you sing, and finally ‘World Contest’ allows you to compete online.

As with the previous titles in the series, Let’s Sing 2022 is simple to navigate and understand, even if you’re not necessarily proficient at gaming in general. It puts its focus solely on letting you jump into a song as quickly as possible, and we commend the developer for not needlessly changing up the UI when it works perfectly fine as it is. 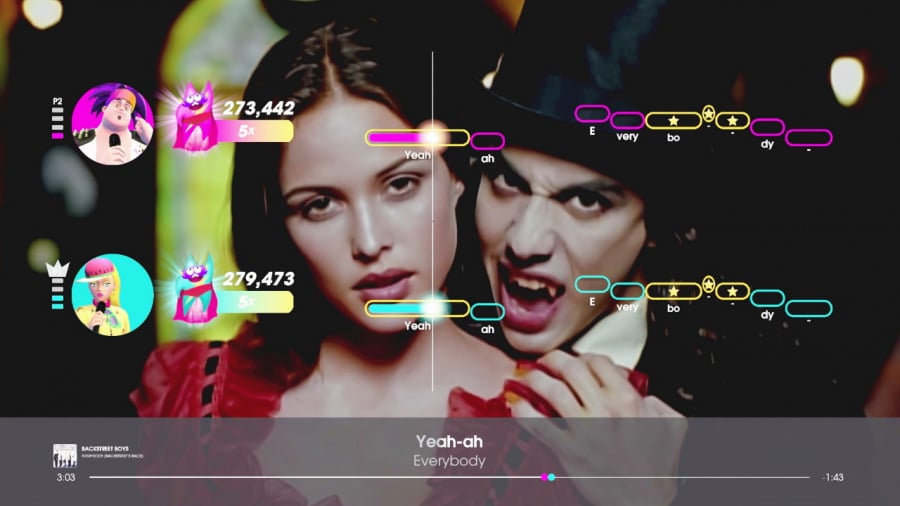 As far as the actual singing goes, you can use a USB microphone if you have these available, and they slot easily into the Switch’s dock. Failing this, you can use your smartphone alongside the Let’s Sing app and use this as a makeshift mic. Whichever method you choose, the game picks up changes in tone very well, even if it doesn’t necessarily track what you’re singing in terms of the lyrics.

Progression is about as simple as you’d expect. Gaining experience and leveling up is accomplished by simply completing tracks in one of the several modes on offer. The main incentive behind this is to unlock a series of avatars, which are present in some capacity on every mode. They’re purely cosmetic, but with several ‘themes’ on offer, there are a decent variety of characters to choose from.

Aside from this, there’s no real incentive to keep playing beyond the joys of karaoke itself, particularly if you’re flying solo. Ultimately, Let’s Sing 2022 is designed with parties in mind; a fun distraction when gathering friends round for a few beverages — in that capacity it works well.

Let’s Sing 2022 is a reasonably fun, reliable new entry to a series that continues to play it safe. There’s a decent selection of songs on offer, but with a distinct lack of variety, the only other option is to purchase additional five-song packs, which feels a little bit icky. Truth be told, though, it’s likely you’ll already know whether or not Let’s Sing 2022 is up your alley, and for those willing to take a shot on this latest entry, it does enough to provide plenty of fun and laughs — provided you’re able to play with friends and family.

Is DataOps “DevOps For Data”?

Is DataOps “DevOps For Data”?