Lemnis Gate is chess on steroids with guns. It melds the skill of a first-person shooter with turn-based strategy, and it’s possibly one of the most novel, exciting, and stressful games I have played in a long time.
It’s hard to fully wrap your head around what Lemnis Gate is without actually diving in and playing it. It’s an FPS where you and your opponent (or opponents) take turns to either destroy or capture objectives to score points. However, the twist here is that each turn is played out in a 25-second time loop.

You pick one of seven colourful operatives to enter the time loop. Each character can only be used once and has their own unique weapons and abilities. Toxin, for example, has a Toxic cannon that can throw poisonous projectiles and cover zones in radioactive material and has the ability to teleport herself, while Rush, who is incredibly speedy, has two handguns that fire rapidly and can use a special kinetic booster to dash short distances, even when in the air. Others can lay down shields, turrets, and mines, or even slow down time. You then have just 25 seconds to make your move — be it running to quickly grab a flag and returning it to your base and setting traps behind you to stop your enemy from following, or installing defences around an objective to stop your opponent from claiming it and chalking a point up on the scoreboard. Whatever actions you take in these 25 seconds are permanent unless your operative performing those actions is killed, although, technically, that still isn’t the end for that fighter. Once the timer is up, your opponent gets to make their play and adds their own operative to the time loop. They can either sabotage your efforts by trying to kill you or go for an objective themselves. This process then repeats for another four rounds (a match is split into two halves of five rounds, with both players getting the chance to go first, eliminating any advantages) adding more and more operatives to the loop to either support your existing operatives from the past or breakaway and fight to eliminate your enemies from the battlefield. It sounds nuts, right? That’s because it is.

With the operatives all having their own unique abilities, so many different scenarios can be played out. You really need to strategise and think about how you’re going to counter your opponent or what you can do to get the upper hand. I remember sending out one of my characters to blow up an objective and succeeding. However, my opponent countered that in their next round with a volley of rockets in my direction and killing me. I changed tactics and focused on another objective for a couple more rounds, hoping my opponent would forget about my first dead operative. On my next turn, I went back to my first operative and placed a Protection Orb to block that volley of rockets, which kept that operative alive, scoring me a point. My small brain could only handle a small amount of mind-bending time looping, but I’m sure skilled players will be able to pull off incredible plays by bringing back dead operatives to the loop and clutching wins.

What really is key to Lemnis Gate, and helps massively, is the drone cam, which you get to use as your opponent makes their play. This is an essential tool for strategising your next move. You need to keep an eye on everything that’s going on, and in the later rounds, when characters are zipping around the map, laying mines, or teleporting, things get pretty intense — my brain got a serious workout in my brief time with the game.

Where things get especially hectic is in Seek and Destroy, a mode that requires you to destroy one of two strategically placed objectives in the 2v2 turn-based and 2v2 play together modes. In the latter, you and your teammate need to work together to formulate a plan. Communication is vital as operatives from previous time loops soon overrun the map, and if you’re not careful, you will end up killing your teammate’s operatives, or even your own, ruining that carefully laid-out master plan, leaving things wide open for your opponent to call checkmate. 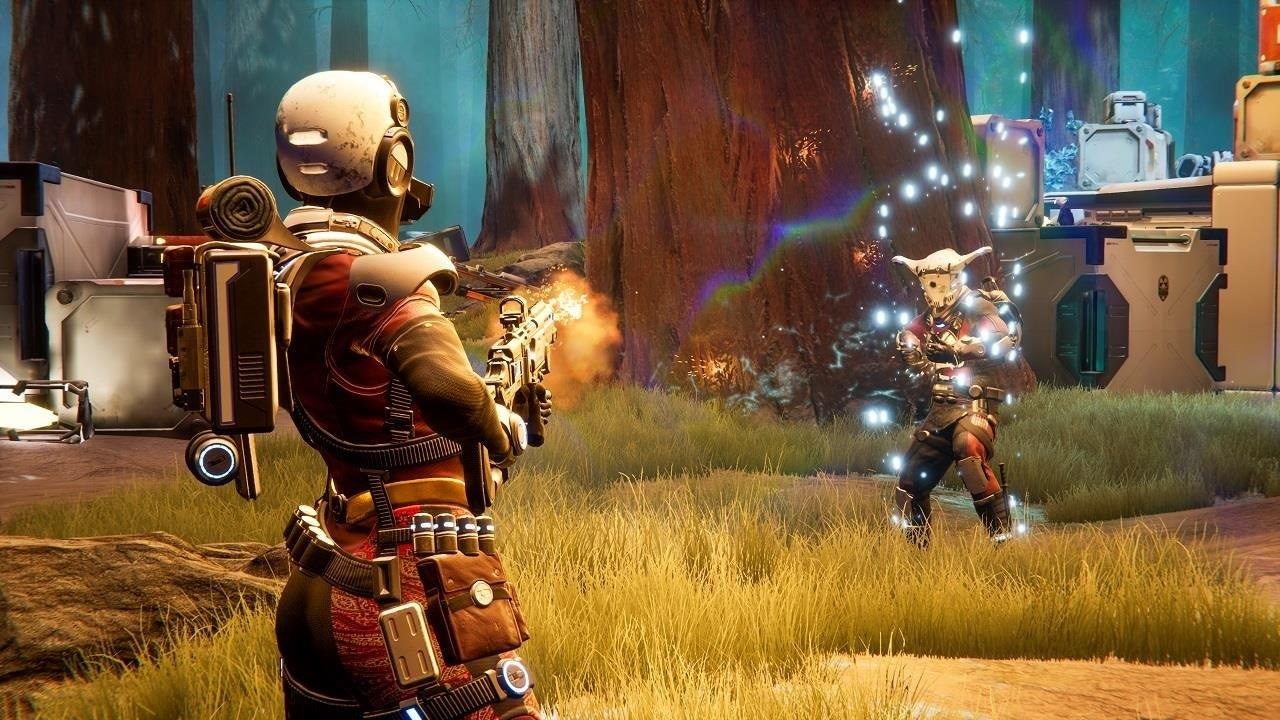 Lemnis Gate is definitely one to look out for if you’re after something vastly different from the normal FPS while feeling somewhat familiar. The game will likely take a while to master, but for those that do, I can easily see this becoming a huge game in the eSports scene, with skilled players pulling off insane out-of-the-box strategies and clutching wins at the death of a round.

If you’re an Xbox Game Pass or Xbox Game Pass for PC subscriber, add Lemnis Game to your radar as it joins the Game Pass library on day one, August 3rd. We don’t have any word on achievements just yet, but I did unlock one for ungraciously falling off the map to my death. We should hopefully pick up the list soon.

Use the button below to let us know if you are subscribed to Xbox Game Pass. While subscribed, new...