Is Visual Comparison Testing the Future?

Is Visual Comparison Testing the Future?


Visual comparison testing, as the name implies, is the process of testing software applications by focusing on their visual components. It is part of the test strategy for most quality assurance (QA) teams, but the way it is implemented and the tools used differ widely.

To optimize DevOps and QA workflows, the technical leadership has to deploy an up-to-date system architecture, which has to fulfill the business goals at a justified cost and pace. In an Agile development scenario, managing outcomes can be tricky due to variabilities in business requirements and the technical landscape.

Using automated visual testing as a primary tool for testing production readiness in software applications is becoming increasingly popular because of its ability to streamline the most crucial phase of product validation. 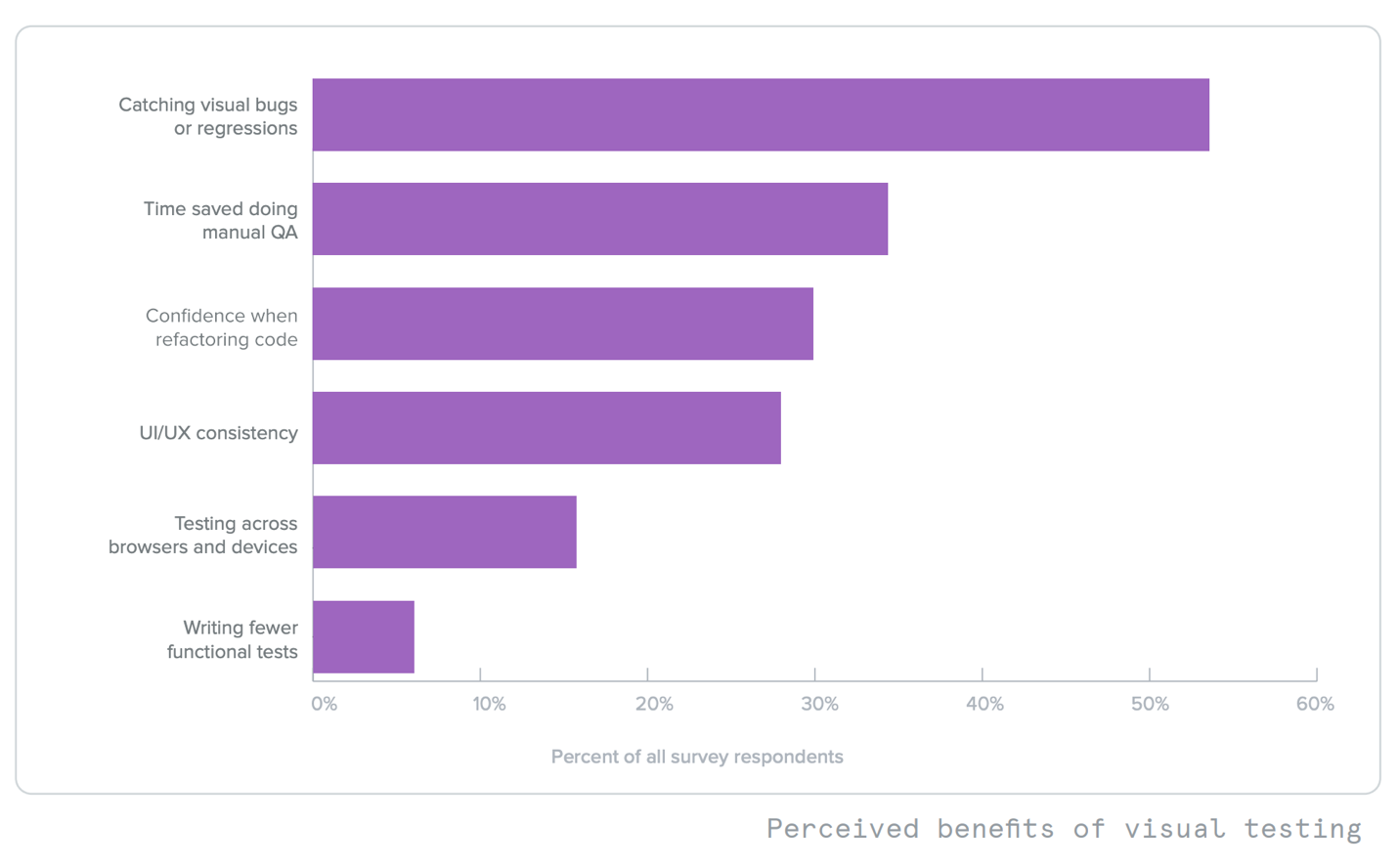 Before we move on to discuss visual testing, let’s try and understand what are some of the most commonly occurring challenges in the software testing process:

Automation on the other hand is technically challenging to implement and requires the testing team to have a fine understanding of the framework being deployed. Also, it is difficult to maintain an updated automation test plan in cases where business requirements are changing frequently.

CI/CD has been widely adopted because it automates the application build and test triggers, and also helps track overall status through dashboards. It is common to see a team adopt automated testing for increasing time efficiency and in the process of migrating from manual to automated they fail to bring core business understanding into the test script resulting in faster but incomplete tests.

Detected issues are assigned to developers as tasks for resolution. In a manual scenario, a team member uses bug tracking tools like Jira, Trello, etc. to mark down all details and share them with the team. The problem with this approach is that upon witnessing an abnormality, the tester has to articulate and record the event into the bug tracker, which introduces space for human error.

Understanding these broadly laid out challenges will help you grasp the complexity involved in the software development and testing processes. Now to resolve these issues we need to find and work with the right tools.

Automated visual testing or visual regression testing is an advanced way to carry out white-box product validation tests on a piece of software. The degree to which the tests are automated is usually an open variable and different teams will end up with different ratios.

A great visual test automation framework should have the following qualities: 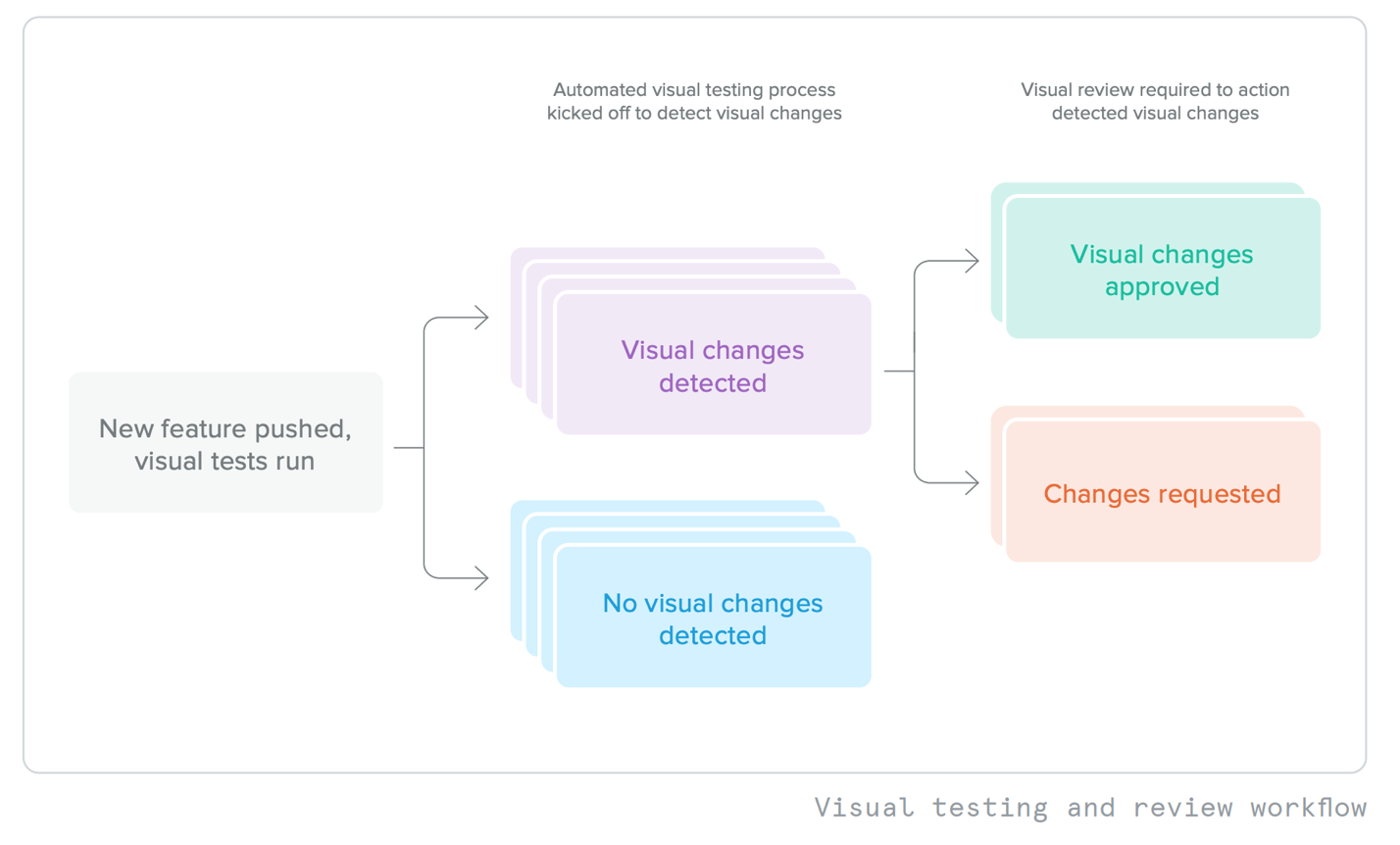 Here are some key benefits of implementing automated visual tests:

BrowserStack’s Percy is an all-in-one visual testing, analysis, and review platform which helps automate the complete process of visual regression testing and provides access to builds, differences, screenshots, and a whole host of other features.

Percy is part of the BrowserStack Suite, which along with other tools like Live and Live Automate, provides full coverage for all your visual testing needs. Let’s briefly run through the steps you need to follow to implement: 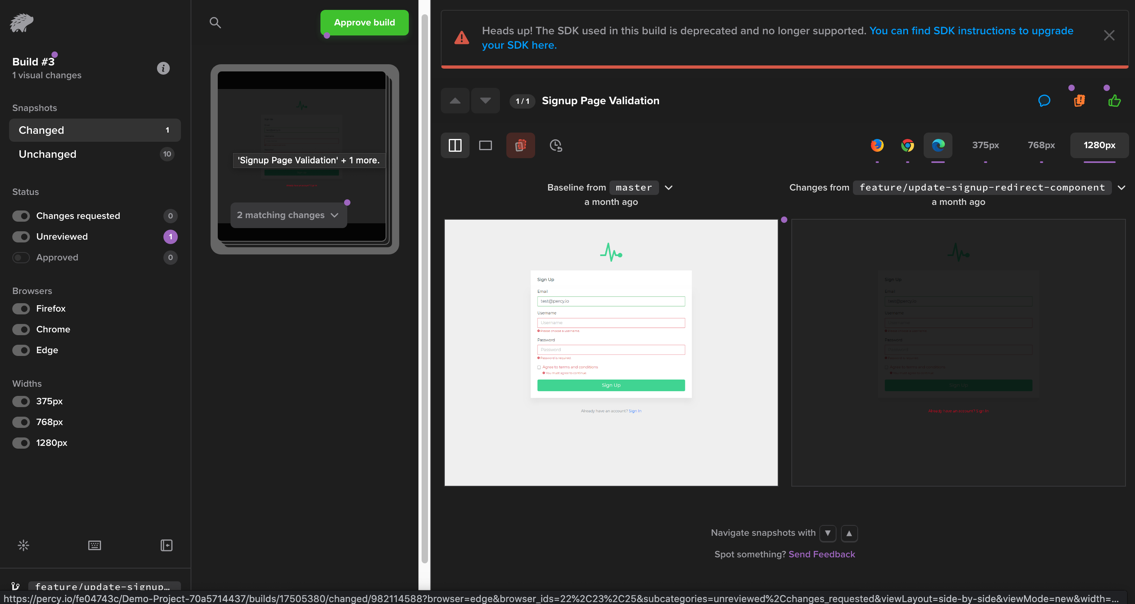 Once your build is showing on the dashboard, you can now tweak the project to add more features like webhook, slack, repository integrations, and the ability to change the browser in which the snapshots are taken.

You can add your team members and configure it for the production environment, where each build can be evaluated for visual differences and the team can collaborate on approvals.

After completing the setup successfully you get:

Cloud-based Testing Is the Future

The benefits of cloud testing are many and varied, but the most significant are its speed, cost-effectiveness, and ability to provide comprehensive coverage. Cloud testing tools allow businesses to save time and money by providing a real-made testing environment that is identical to the production environment. Testers simply have to sign up, select the real devices they want to start tests on, and start flagging bugs.

In addition to its speed and cost-effectiveness, cloud testing also has the ability to provide comprehensive coverage. By choosing to run testing in the cloud, teams and QA managers can meet their goals faster, with greater accuracy and minimal investment. Cloud Testing is easy, fast, and practical, contributing in every way to technical and business precision.

Owing to all these practical advantages we can safely say that the future of business-critical software testing is going to be cloud-based and highly automated.More platforms n BrowserStack includes: