Hypnospace Outlaw Gets A Neat Retro-Styled Physical Release (With A Bonus CD!)

Hypnospace Outlaw Gets A Neat Retro-Styled Physical Release (With A Bonus CD!) 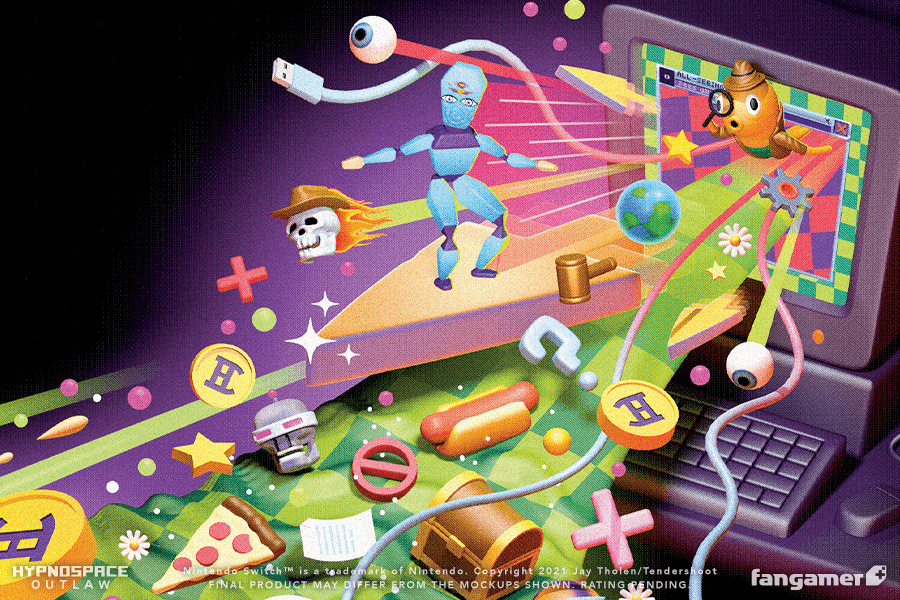 The internet peaked around the year 2000, when websites were ugly-beautiful with rotating images, scrolling marquee text, and ten thousand fonts on every single page. How were you supposed to let your crush know that you were a vibrant, interesting character with a wide range of hobbies if you didn’t have them all represented in gif format, after all?

Hypnospace Outlaw is a game that reveres and satirises that late-’90s-early-’00s web aesthetic with Hypnospace, a version of the internet you can browse in your sleep. You are cast as an Enforcer, a version of Internet Police that cracks down on various Bad Things like copyright infringement, bullying, and viruses. You’ll be surfin’ the net, finding all sorts of cringey teen content alongside charming fansites, and cracking down on them all like some kind of terrible government-sanctioned party pooper. Or, perhaps, you can evade the rules somehow, you cool kid, you.

But now Hypnospace Outlaw has entered meatspace, with a physical edition made by Fangamer. The physical Switch box will also come with a bonus mini-CD with 90 minutes of audio, music, interviews, tips, and tricks, and it’s packaged as if it’s one of those CD demos that came with a cereal box, or the discs that you used to get to teach you how to use Encarta or whatever. There’s also a separate HypnOS headband, made of terrycloth, which you can order at the same time to save $3.

The physical edition is available for preorder for $34 (or $43 with the headband), plus shipping and other costs, and will ship out after the 24th September. Also coming soon is the Hypnospace Outlaw vinyl soundtrack, which is also retro, but in a different way, featuring music from Jay Tholen, Hot Dad, Dan Warren, queenjazz, and Brian Carnrike.

Did you love Hypnospace Outlaw, or did it make you feel ancient? Let us know in the comments, grandpa.

https://www.youtube.com/watch?v=d-VlbgW4OCkSubscribe to Nintendo Life on YouTubeEarlier this month Nintendo released its first major Switch iteration in over two years...

https://www.youtube.com/watch?v=Oq2GmiYOjyQSubscribe to Nintendo Life on YouTubeAs was promised towards the end of last month, Sheepo has launched on the...