How Scrum Masters Fail by Being Overly Protective

Build your own town with Townscaper for iPhone, iPad, and M1 Macs

How Scrum Masters Fail by Being Overly Protective


There are plenty of failure possibilities with Scrum. Given that Scrum is a framework with a reasonable yet short “manual,” this effect should not surprise anyone. Scrum thrives when the Scrum teams are self-managing while Scrum Masters embrace their role as servant-leaders. However, this also implies that Scrum Masters fail when they are overly protective.

Join me and explore the consequences of the overly protective Scrum Master and what you can do about it in less than three minutes. 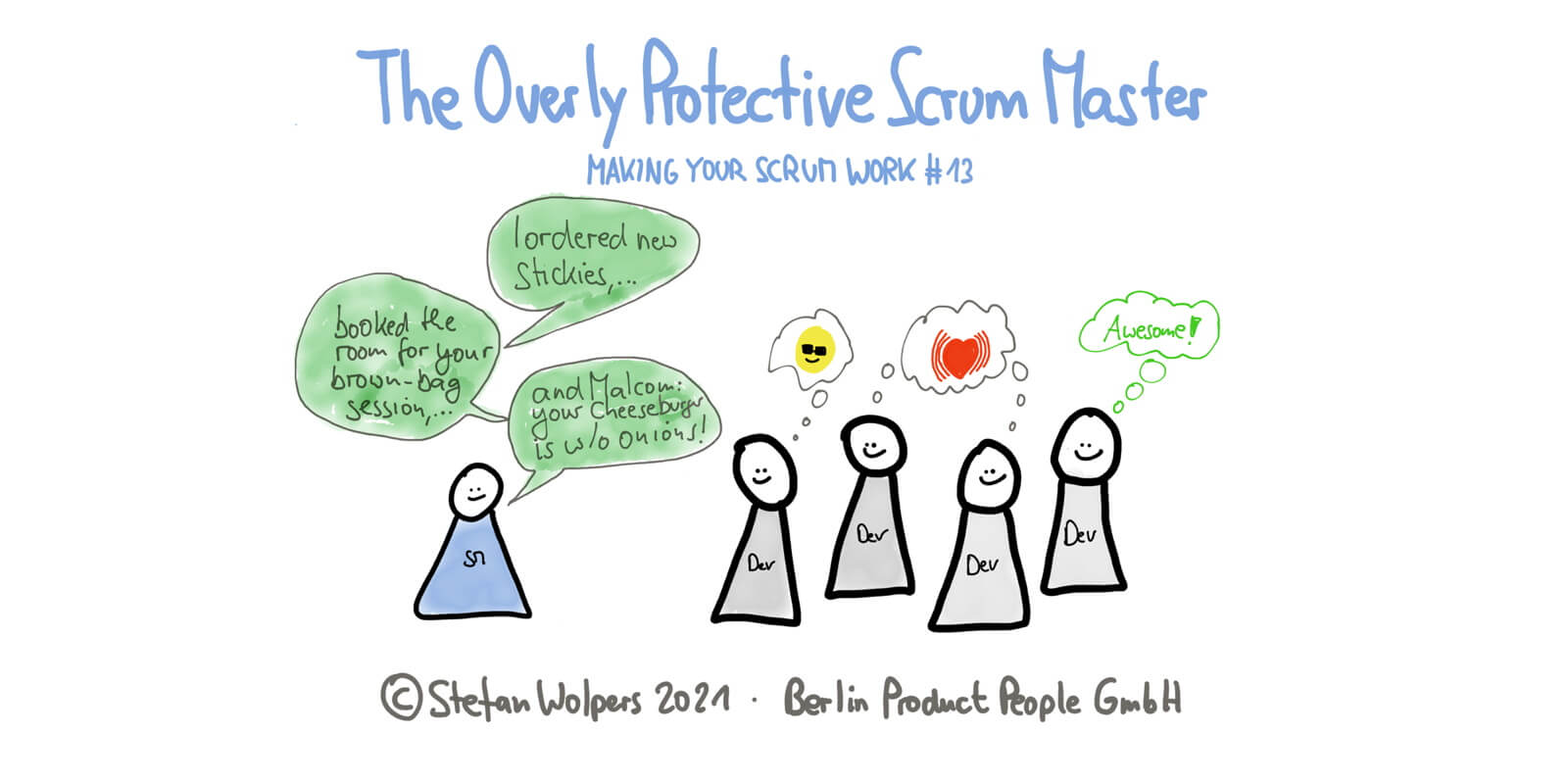 The Scrum Master Job According to the Scrum Guide

There is a long of list of suggestions on how Scrum Masters serve their Scrum Teams, Product Owners, and their organizations in the Scrum Guide 2020. Let us focus on the Scrum team:

The Scrum Master serves the Scrum Team in several ways, including:

How Do Scrum Masters Fail by Being Overly Protective?

The Problem: The overly protective Scrum Master is generally shielding the team from the cold and cruel world, creating a safe & happy agile bubble. Some manifestations are:

The Solution: Stop ordering stickies or booking meeting roomy. Instead, relax and let the team evolve, experience problems, and learn how to solve them. Become a true leader. (I still like “become a servant-leader” better…)

When the Scrum Master Fails by Being Overly Protective — Conclusion

Scrum thrives when the Scrum teams are self-managing while Scrum Masters embrace their role as servant-leaders. However, “causing the removal of impediments to the Scrum Team’s progress” does not imply solving any issue on behalf of the Scrum Team. Moreover, being accountable for the team’s effectiveness does not mean shielding the team from every problem or challenge. Being overly protective is a Scrum Master anti-pattern.

Have you been overly protective in your Scrum Master career? Please share your reasons with us in the comments.

New Life Is Strange: True Colors Trailer Shows Off The Terrifying Side Of Empathy

Data versioning is storing data as new copies after making changes to them so that it is possible...

The Outdated Iron Triangle When it comes to software development, what is quality? Is it the elegance of the...

New Life Is Strange: True Colors Trailer Shows Off The Terrifying Side Of Empathy