Honor 80 series design and specs leak ahead of launch Honor 80 series design and specs leak ahead of launch


The Honor 80 series is launching tomorrow and we’ve had a pretty detailed look at the design and specs for the three phones thanks to the plethora of leaks and rumors. The latest additions give us a live look at the Honor 80, Honor 80 SE and Honor 80 Pro alongside some key specs. 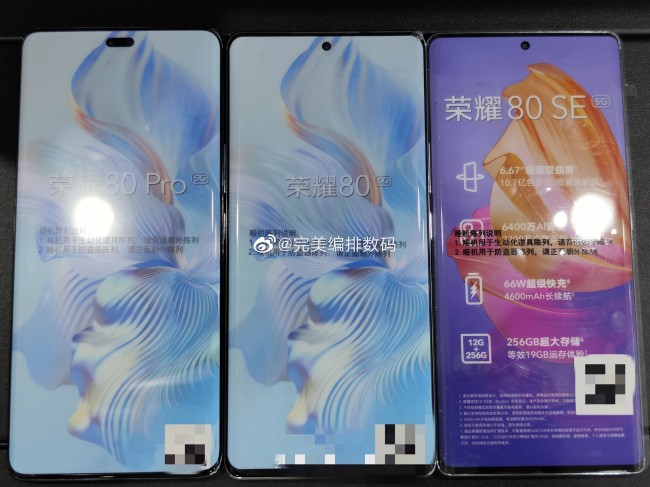 Honor 80 SE is touted as the entry-level device in the series and brings a curved 6.67-inch AMOLED with 10-bit colors, FHD+ resolution and a 120Hz refresh rate. The new image shows it will bring a 64MP main camera and a 32MP selfie shooter. The battery is rated at 4,600 mAh and brings 66W charging. Honor 80 SE will be offered with up to 12GB RAM and 256GB storage. The phone is expected to launch with MediaTek’s Dimensity 1080 chipset. 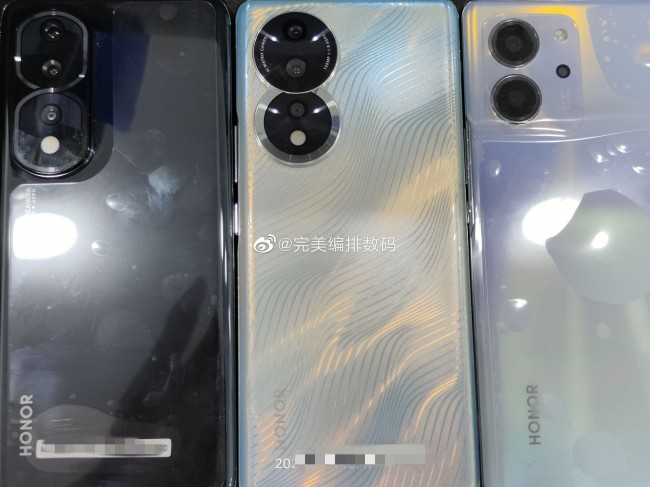 Honor 80 is shown with a similar-sized curved display to the one on the 80SE. The device is expected to debut with Qualcomm’s Snapdragon 782G chipset chipset.

Honor 80 Pro brings a slightly larger screen which appears to be curved more than on the other two devices. The Pro model also boasts a pill-shaped cutout. Honor 80 Pro is expected to launch with the Snapdragon 8+ Gen 1 chipset and 200 MP main camera based on previous rumors