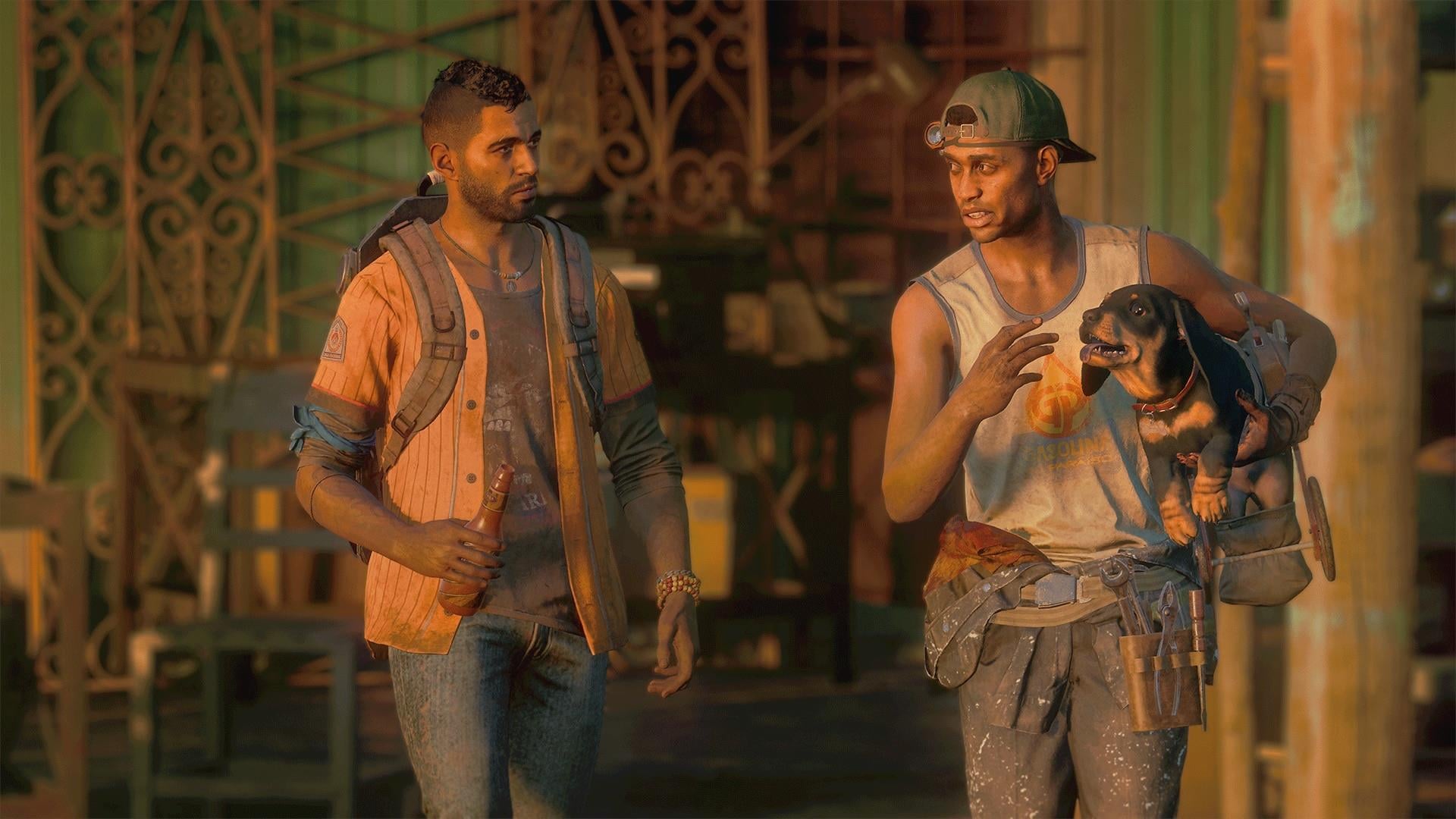 The AMA took place over on Reddit, where several players asked about co-op in Far Cry 6. “The full game is playable in co-op,” answered game director Alex Letendre, adding that it will feature the tether system from Far Cry 5 and Far Cry New Dawn. “It is as simple and easy to play with friends. We’ve just made sure it was a lot of fun to play with your friends.”

Several players asked about the world of Far Cry 6, and how we’ll be getting around it. “The urban areas are a mix of open and closed buildings, with rooftop runs, sewer guerrilla paths, climbing, jumping and claustrophobic gun fights in tank filled city streets,” said world director Ben Hall. “In terms of biome we were drawn to the Caribbean owing to the amount of biome variation the region has and really wanted to tap into the contrast we could find there. You’ll be able to explore from paradise beaches (watch out for sharks) up humid jungle mountains into crocodile infested swamps with more in-between.” Hall later added, “There is a wide range of land, sea and air vehicles that you can acquire to roam the world of Yara. From classic 50s American muscle cars to Resolver aircraft, you can find them, store them and take them for a spin when you want. That said, the airspace and road network are under the control of El Presidente so expect a fight to free Yara.”

We didn’t get any conclusive info on DLC or the possibility of multiple endings, and the devs were careful with their answers about the length of the campaign, too. “It really depends on how you decide to play the game,” said narrative director Navid Khavari. “You can approach the campaign in a variety of ways, choosing your own path through it and at your own pace as you tackle missions, FND bases, checkpoints and more.” Hall chimed in after, adding, “there is so much to do in the world that you really can go off and explore, bump into a guerrilla on a Guerrilla Path and find out about a nearby ambush that is getting setup, head there and find they are protecting a tank, steal it, take it to an FND Base and take it back and before you know it it’s 2am and you didn’t blink for an hour.”

Far Cry 6 launches for Xbox Series X|S and Xbox One on October 7th, with Hall confirming that “the team is putting a huge amount of effort into making sure Far Cry 6 runs smoothly on last-gen consoles.” You can check out the rest of the AMA over on Reddit, and if you’re looking for more Far Cry 6 news, check out the Far Cry 6 gameplay reveal.