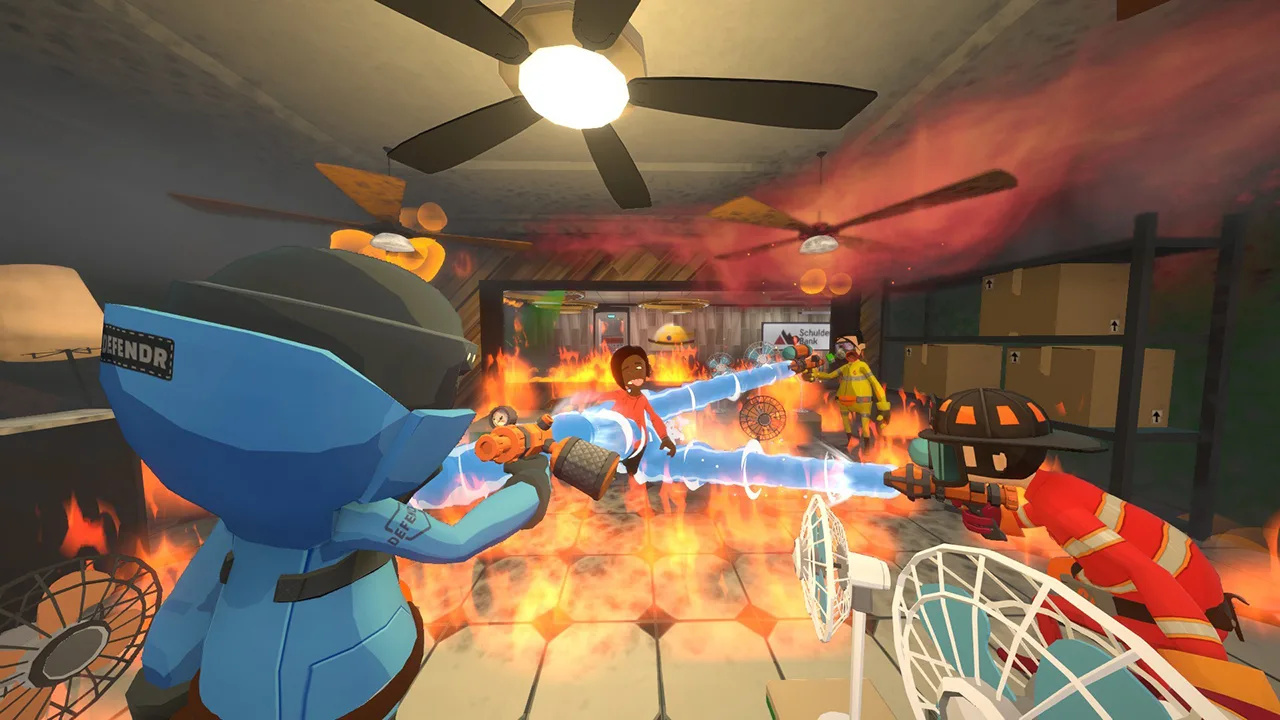 It’s clear that multiplayer with a twist of deceit is all the rage since Among Us took off, and the latest game to bring the concept in is Embr. A colourful and chaotic co-op title, your goal is to douse fires and complete a range of other objectives, and now a free update titled ‘Secret Hosr’ adds another spin.

The core of the update are new challenges and larger stages suitable for teams of four, but someone can go ‘rogue’ and be a saboteur. You can see a trailer above and some official blurb below:

Rolling out today, the brand new ‘Secret Hosr’ multiplayer mode throws four Respondrs into even longer missions, with more clients, and dangerous explosives ticking down to destruction in need of disposal.

But there’s more to Secret Hosr than meets the eye. For the first time, you’ll be working against one of your teammates. A Hosr Agent has infiltrated your mission, and is working to undermine your mission. You’ll have to keep your clients safe, the building secure, and the bombs defused. If you think you’ve figured out who’s the saboteur amongst you, use your one time report to vote them out. But was that bomb detonation really intentional, or just a slip of the hands? Was that client murdered, or did they accidentally miss the trampoline? Can you spot innocent mistakes from intentional sabotage?

An update will add the new content and mode today. If you do want to play the mode online it’ll be worth teaming up with some friends; when reviewing the game we found online lobbies hard to come by as the Switch version lacks cross-platform support.

Let us know in the comments if you’re planning to try this out.

Our Most Anticipated Action Games Of 2022