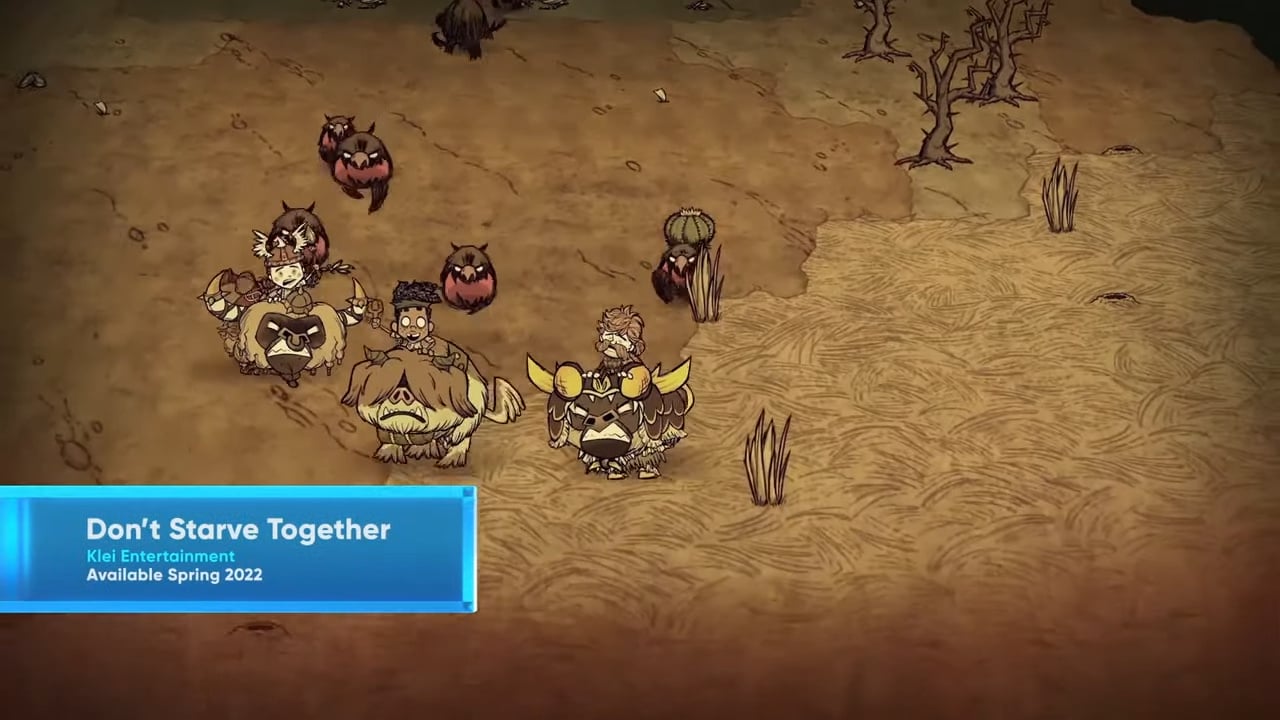 Don’t Starve is a familiar name among some eager Nintendo download gamers, having been released on Wii U and more recently Switch. Yet it’s the standalone multiplayer follow-up, Don’t Starve Together, that went on to be an enormous success on PC in particular, and in today’s Indie World it was confirmed that it’s finally on its way in Spring.

It’ll be interesting to see whether it’ll bring its huge success on other platforms over to the Switch; below is some of its official description.

Fight, Farm, Build and Explore Together in the standalone multiplayer expansion to the uncompromising wilderness survival game, Don’t Starve.

Enter a strange and unexplored world full of odd creatures, hidden dangers, and ancient secrets. Gather resources to craft items and build structures that match your survival style. Play your way as you unravel the mysteries of “The Constant”.

Cooperate with your friends in a private game, or find new friends online. Work with other players to survive the harsh environment, or strike out on your own.

Do whatever it takes, but most importantly, Don’t Starve.

Starting now for the next week, meanwhile, is a Nintendo Switch Online Game Trial for the original in North America, so it’s a good chance to see what the franchise is all about.

Is this on your radar for next Spring?

Everything Nintendo Announced During The December Indie World Showcase