When I learned Eidos-Montreal was working on a Guardians of the Galaxy game, I assumed the superhero team dynamic would lead to a cooperative or multiplayer experience, much like Crystal Dynamics’ take on The Avengers. That surprisingly isn’t the case. Eidos Montreal is sticking to the script it knows well. From Thief to Deus Ex, this development studio has proved it knows how to make riveting single-player experiences that are backed by meaningful player choice. That’s exactly what Marvel’s Guardians of the Galaxy is.

The player controls just Star-Lord, the Guardians’ leader, who will be asked to make difficult decisions that affect the story, the gameplay, and even the relationships with his fellow teammates. That doesn’t mean the other Guardians are tucked into the background. They are in the spotlight just as much as Star-Lord through an innovative idea called “solo teamplay,” a control input that allows the player to tell the Guardians when to use their abilities.

For this month’s cover story, I saw 18 minutes of Marvel’s Guardians of the Galaxy in action, and also talked to key members of the development team to learn everything about this wildly designed action/adventure. They walked me through combat, player choice, galactic exploration, collectibles, leveling up, and what we can expect from the story and relationships.

This month’s cover art was created by the amazing duo of Marco Checchetto and colorist Matthew Wilson, a team that is currently creating some of Marvel’s best art through the Daredevil books. This is one of our most stunning covers to date, and is something you’ll want to study to learn more about the threat that is sweeping across the galaxy in the game. 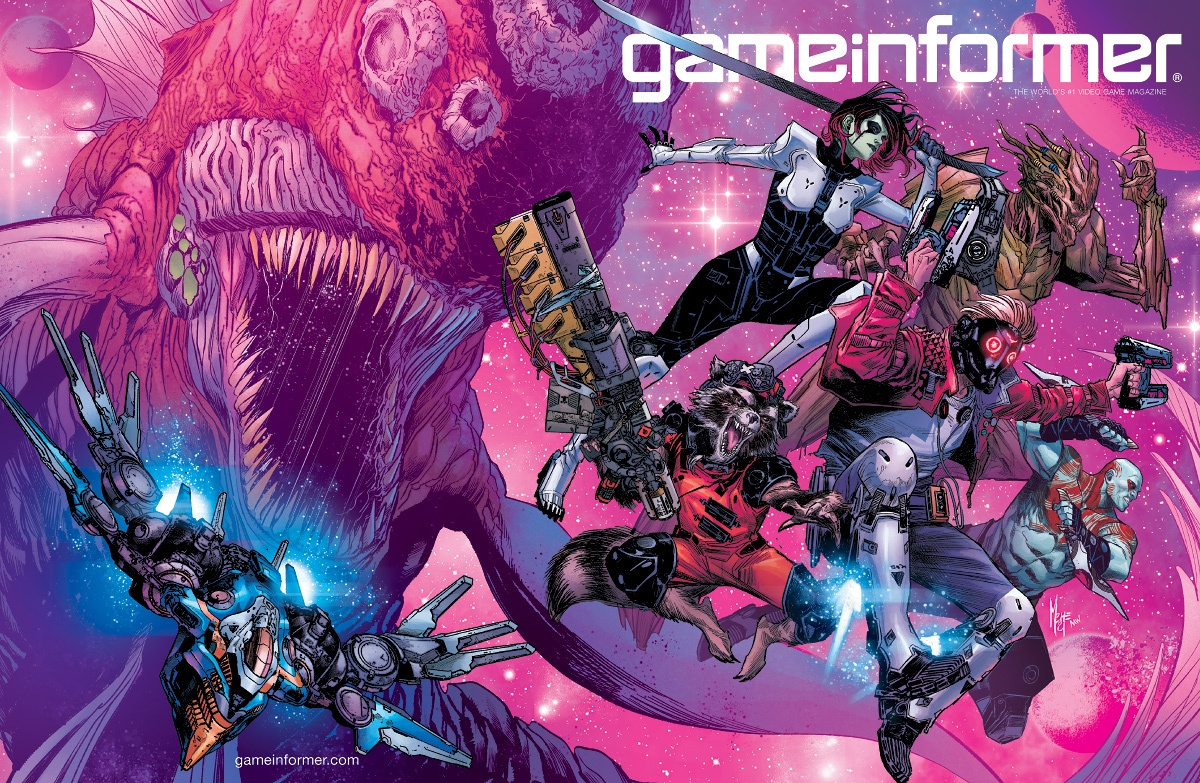 This issue also offers extensive impressions for Battlefield 2042, a sequel that once again looks to shake up the multiplayer landscape with massive amounts of destruction and huge player counts. We take an equally as deep hands-on dive into the beautiful Metroidvania game F.I.S.T., and also Solar Ash, the next game from the Hyper Light Drifter team. Our preview section is loaded with games that are hitting this year and next. You can read about Horizon Forbidden West, Rainbow Six: Extraction, Far Cry 6, Kena: Bridge of Spirits, Dying Light 2, Elden Ring, Evil Dead, and more. This is a hell of an issue, folks! There are so many games to look forward to!

Print subscribers can expect their issues to begin arriving in the coming weeks. The digital edition of this issue launches on June 22, for PC/Mac, iOS, and Google Play. You can also get the latest issue through third-party apps on Nook and Kindle. To subscribe to either the digital or print version, click here.

Too Good To Be True: Why NewSQL Failed