Welcome, everyone, to another edition of ‘Box Art Brawl’!

Last week featured one of our closest polls to date with Resident Evil: The Mercenaries 3D for the NIntendo 3DS. It’s not everyone’s favourite game in the series by a long stretch, but It seems Capcom at least nailed down some pretty decent box art for all three major regions.

Coming in at first place is the European variant with the blank white background, drawing in 36% of the vote. North America followed closely at 34%, with Japan lingering behind at 30%.

Thie week, to celebrate the imminent release of Pilotwings 64 on the Nintendo Switch Online + Expansion Pack service, we’ll be looking at the original release for the Nintendo 64. Europe and North America are teaming up for this one, as despite the black border surrounding the EU variant, the two are otherwise identical.

So with that all said, let’s dive right into it!

Be sure to cast your votes in the poll below; but first, let’s check out the box art designs themselves. 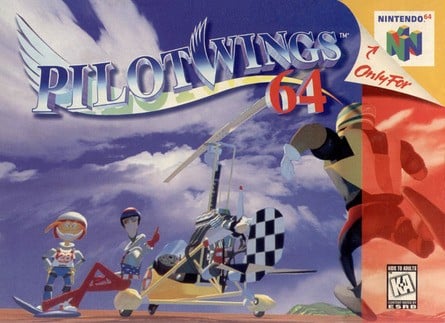 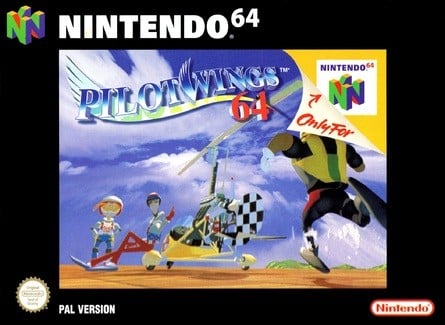 The western design for Pilotwings 64 features characters Lark and Goose chilling out next to a pretty awesome Gryocopter, with Hawk barreling toward them in the foreground. It’s a pretty cool design and we like how prominent the sky is in this one, with lots of fluffy clouds too.

Japan’s design, meanwhile, puts the focus squarely on the main cast of characters, with a hanglider visible in the sky above. This composition arguably has more impact than the western approach, with Japan able to make better use of the vertical space here. It’s a nice one!

Which region got the best Pilotwings 64 box art? (9 votes)

Thanks for voting! We’ll see you next time for another round of the Box Art Brawl.