Titan Comics just revealed the cover of a forthcoming Bloodborne comic book that will be released on May 7 for absolutely free. As comic book fans know, the first Saturday in May is Free Comic Book Day. All of the major publishers in the industry are giving away free comic books on this day, and you should be able to walk out of your local shop with a stack of things to read. 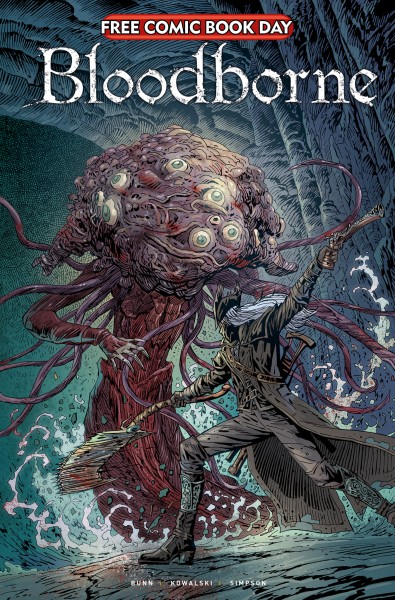 This free comic is the first part of a new Bloodborne limited series that will also launch in May. Titan Comics’ official description doesn’t give us much of a hint of what we can expect from this series: “Enter the city of Yharnam through the eyes of its citizens, when new hunters take to the streets to fight against the cruel and unusual epidemic that has gripped the city. In the black of night, families and faith will be tested.”

This isn’t Titan’s first Bloodborne series. The publisher just this month released a box set collecting all of its limited Bloodborne comics. From Software, the developer of the Bloodborne game, is weeks away from releasing its next Souls-like game, Elden Ring. The game is on this month’s cover of Game Informer Magazine. This coverage extends online where we have nearly a dozen stories or looks at the game. Once this game releases and people see the credits roll, the drumbeat of wanting Bloodborne 2 will likely begin again.

Let us know if you’ve been reading the Bloodborne comics in comments section below!

In this vlog, we visit the Requiem Café in Anaheim, CA, to tour their Persona 25th Anniversary celebration, a collaboration with...

When discussing the founding of Starward Industries, game director Marek Markuszewski brings up all the points you might expect from...