You feel that? That’s your spidey senses a-tinglin’. Why? Well, it might be because arachnid fans the world over have been speculating for months about who’s going to show up in Spider-Man: No Way Home. Will Tobey Maguire and Andrew Garfield swing in alongside Tom Holland and the rogue’s gallery of villains from Sony’s previous non-MCU Spider-Man films? The internet is hot with rumour and debate, and Spider-Fans have plenty to be excited about.

All this talk has got us jonesing to play the webslinger in video game form. There have been a whole load of Spider-Man games over the years, and most (but not all, of course) have appeared on Nintendo consoles. Switch owners might only be able to play as him in Lego Marvel Super Hero form (or in Fortnite, naturally), but there are plenty of other options on older Nintendo platforms.

But what’s the best Spider-Man game ever? Which Spider-Man games are worth revisiting? Well, we enlisted the help of our friendly neighborhood readers and asked you to rate and rank your favourite Spider-Man games on Nintendo platforms — the results are below.

Before we go any further, it’s best we address the Rhino in the room. Insomniac’s PlayStation-exclusive Marvel’s Spider-Man is one of the best interpretations — perhaps the best — of the webslinger in game form, not to mention the excellent Miles Morales add-on. They’re certainly the best-looking Spider-Man games you’ll find, and any Spider-Fan will want to check those games out on PlayStation 4 or 5. You won’t be seeing them on any other consoles, unfortunately, but you can read more about them on our lovely sister site, Push Square:

With that caveat covered, let’s dive off the building and swing our way through a whopping 38 Spider-Man games that have appeared on Nintendo consoles over the years…

Note: Remember that ranking here is updated in real time according the each game’s corresponding User Rating in the Nintendo Life game database. Even as you read this, it’s entirely possible to influence the order below. If you haven’t rated your favourites yet, simply click the ‘star’ of the game you wish to rate and assign a score right now.

The Game Boy had a surprising number of Spider-Man games, though this one didn’t go down particularly well at the time. In terms of the story it tied in with some of the comics at the time, which is a nice touch, but was a tricky and rather awkward game to play with its mix of combat and platforming / vertical traversal. Not a classic.

Developed by High Voltage Software (well known for The Conduit on Wii), The Amazing Spider-Man 2 on 3DS was not the same game that graced other platforms, in fact at the time plenty felt it was a notable downgrade on its portable predecessor. With disappointing presentation and a focus on rather dull 2D action platforming (aside from some scruffy web swinging segments), this 3DS port is not fondly remembered by many Spidey fans. 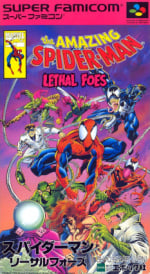 This doesn’t seem to be a bad Spider-Man game, with some colourful and chunky 16-bit visuals and a whole lot of encounters against iconic foes. The issue for this one is that it was only released for the Super Famicom in Japan, so unfortunately a very decent Spidey game passed a lot of us by in the mid ’90s. 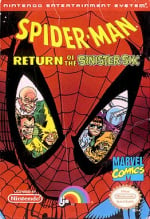 This NES entry looks suspiciously like a few other licensed LJN titles of the era, as a rather small Spidey run, jumps, punches and kicks enemies. He doesn’t do Spider-Man things like swinging, web shooting and climbing walls, at least not as much as we’d like, but it’s a reminder that the early ’90s had plenty of games for the franchise and gave a lot of young gamers good memories.

A game that tormented many young players with some cruel difficulty spikes, it nonetheless does its best to provide an exciting Spider-Man adventure on humble technology. You climb walls, swing around, and there are even puzzle aspects to solve. It had some clever ideas and even story cutscenes, even if many never got to the end credits.

In theory this should be an excellent game; it remixes encounters from the Sam Raimi trilogy of films but with new locations and ideas, and all the while Spidey recruits various allies (and even villains) to help him along. Despite the fun idea and even the flexibility to play as different characters, the DS version was rather rough around the edges and the gameplay didn’t truly live up to the concept. 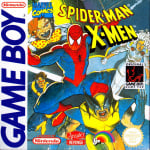 Considering the limitations of the Game Boy this had an ambitious idea, with each level giving you control of a different hero including Spider-Man, Cyclops and Storm. Spidey was the star to open and close the game, but like a few others on this list this probably can’t be considered a good game, with various quirks and frustrations common in the era. Still, the X-Men are cool.

Another one developed by Vicarious Visions and tying in with the final Sami Raimi movie, on GBA this was a 2D sidescrolling beat ’em up with a decent amount of web grappling and wall climbing. With the technical limitations of the system this was nothing like the console versions and had a mixed response at the time. Not amazing Spider-Man, but has its charms.

This was supposed to draw inspiration from the mid ’90s animated series, and there would have been high hopes with it utilising the SNES. The end result is an action platformer that is pretty average all told, and wasn’t particularly warmly received when it launched. Some will have fond memories, no doubt, but clunky controls and limited creativity in terms of enemies and settings hold it back.

Part of an era for the IP in games when there was some genuine storytelling ambition (prior to the excellent PS4/PS5 exclusives), even if the end results didn’t quite live up to expectations. This is a dimension spanning 3D beat ’em up with present day and 2099 Spider-Man teaming up, which was perfect for the dual screens of the 3DS. There’s quite a lot to like, but ultimately the game is rather rushed and buggy, letting down what could have been an excellent title.

Xiaomi 12, 12 Pro and 12 Ultra cases show out possible back designs