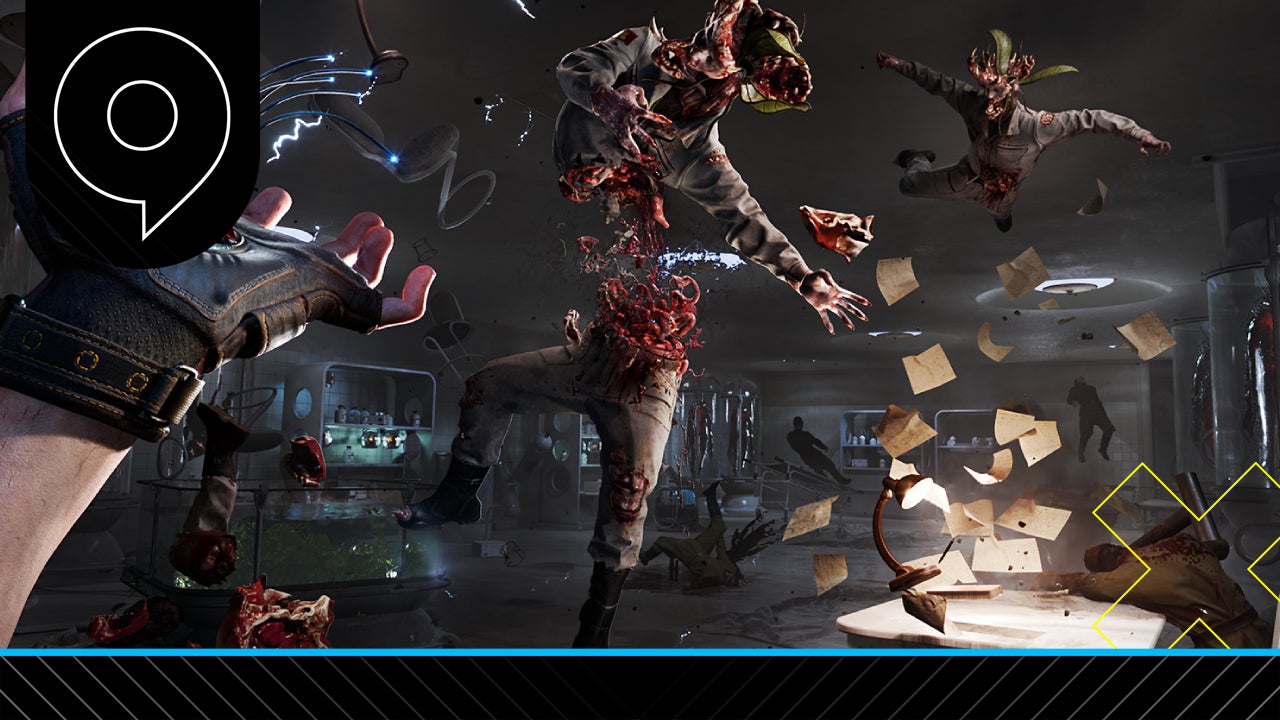 A new trailer for Atomic Heart has been shown as part of the Xbox Gamescom live stream, and it’s almost four whole minutes of incredibly wild combat antics.

Looking like a BioShock that’s drunk several strong coffees and a Red Bull, the combat in Atomic Heart seems relentless. We’re shown numerous encounters, all of which are fought using a mix of supernatural powers, guns, and melee weapons. What’s notable is how fluidly these three elements are chained together, with the player using a telekinetic attack to slam enemies up and down before finishing them off with brutal axe chops or bursts of machine gun fire.

Among the powers showcased are the aforementioned telekinesis (which seems to work much like Half-Life 2’s gravity gun), a freeze ray, a water jet, and bolts of electricity. These are fired from a device in the left hand, which also seems capable of jacking into enemy robots, perhaps for some kind of hacking. In the right hand are regular weapons, including pistols, assault rifles, axes, and knives, all of which look weirder than the last. Developer Mundfish is definitely going out of its way to ensure guns don’t just look like regular guns.

Interspaced between the bursts of high-adrenaline combat is a weirder sequence involving two robots, one of which grows a unicorn horn and stabs the other in the abdomen. Later, they unfold two items that look kind of like keys. I’ve no idea what is going on here, but I can’t wait to find out.

For more from Atomic Heart, check out the previous trailer and our Q&A with the developers, as well as how the game’s ending will be dictated by a moral choice. It will feature an impressive photo mode, and can be played from launch via Xbox Game Pass. It’s coming to PlayStation, Xbox, and PC, but a release date has yet to be announced.

MARQUES BROWNLEE IS A NUDIST!