The Fujifilm XF 50-140mm f/2.8 R LM OIS WR is not a new lens in the Fujifilm lineup, it is however a lens that still turns a lot of heads. If you’ve just switched to Fujifilm’s X series of cameras and you shoot professionally, is this a lens you should buy? Find out in our full review.

We’ve had the Fujifilm XF 50-140mm f/2.8 R LM OIS WR on loan for a few weeks now along with the X-S10. We’ve put it through the wringer and are ready to share our findings with you. See if this is a lens that will suit you and your shooting style below.

All tech specs are from the product listing page at B&H Photo:

The Fujifilm XF 50-140mm f/2.8 R LM OIS WR, while much smaller than similar lenses for full-frame cameras, is pretty stout for an APS-C lens. The lens is just under 7 inches long, 3.2 inches in diameter and it weighs in at a hefty 2.19lbs. You’re going to know you’re carrying this lens around. I used the lens with the X-S10. I wouldn’t say the combo balanced well, however, the tripod collar helped when it came to handling. Still, every cloud has a silver lining.

The weight is due to the incredible materials that Fujifilm used to build this lens. The all-metal build makes this a tough lens that’s sure to stand the test of time. The lens also has ample weather sealing, which means you can go and party in the rain. It’s a serious piece of kit for those who have to get the shot no matter what.

In the hand, the Fujifilm XF 50-140mm f/2.8 feels great. The aperture ring is firm and not easily knocked out of place. The small manual focus ring is on the stiff side but turns smoothly. The larger zoom ring is not as hard to turn and again, operates smoothly. There’s just one switch on the lens that enables or disables the optical image stabilization.

The body of the lens is solid metal but there’s no texture. While it feels premium, the lack of texture means the lens is prone to unsightly smudges and fingerprints, which you can see in the image above. Overall, the Fujifilm XF 50-140mm f/2.8 R LM OIS WR is a solid lens that will stand the test of time. It feels nice in the hand despite its overall size and weight, which is on the large size in relation to the cameras it will be used with.

Most creators see these telephoto lenses as being for portrait photography. However, the zoom range on offer (76-213mm with the APS-C crop) and the fast maximum aperture make this lens incredibly versatile. During my review period, I used the lens for portraits, environmental portraits, landscapes, candids, and more. Yes, the lens is one of the heavier offerings from Fujifilm, but you soon get used to the weight and size of the lens. I had no problems with it during a rather lengthy hike.

The lens is pretty easy to use too. The aperture ring is great, though if you don’t like using it you can set it to A and can control the aperture via the camera body. The lens zooms internally so there’s no need to worry about lens creeping.

The optical image stabilization is also pretty fantastic. It serves up five stops of stabilization. I was able to handhold down to 1/15th of a second and could still get respectable results. I didn’t get to test out the weather sealing due to having a non-weather sealed camera on hand. However, I do not doubt that this lens will stand up to harsh conditions. The Fujifilm XF 50-140mm f/2.8 R LM OIS WR is a confident performer out in the field.

There’s a lot of glass for the Triple Linear motors to move around, so the performance is about where I expected it to be. It’s going to be fine for all but the most rapid action. Still, having said that, I had no problems capturing portraits (with eye focus), street-style shots, and candids. The lens performed well in single and continuous focus modes and it tracked well. There was a little hunting at times in low light situations but overall, autofocus performance was sprightly.

In a word image quality is stunning. I thought the images looked good on the LCD of the X-S10, but wow, my jaw hit the ground when I started editing the images on both my iPad Pro and my desktop. The Fujifilm XF 50-140mm f/2.8 is a pricey lens, but you certainly get your money’s worth when it comes to the final product. Let’s break image quality down further. 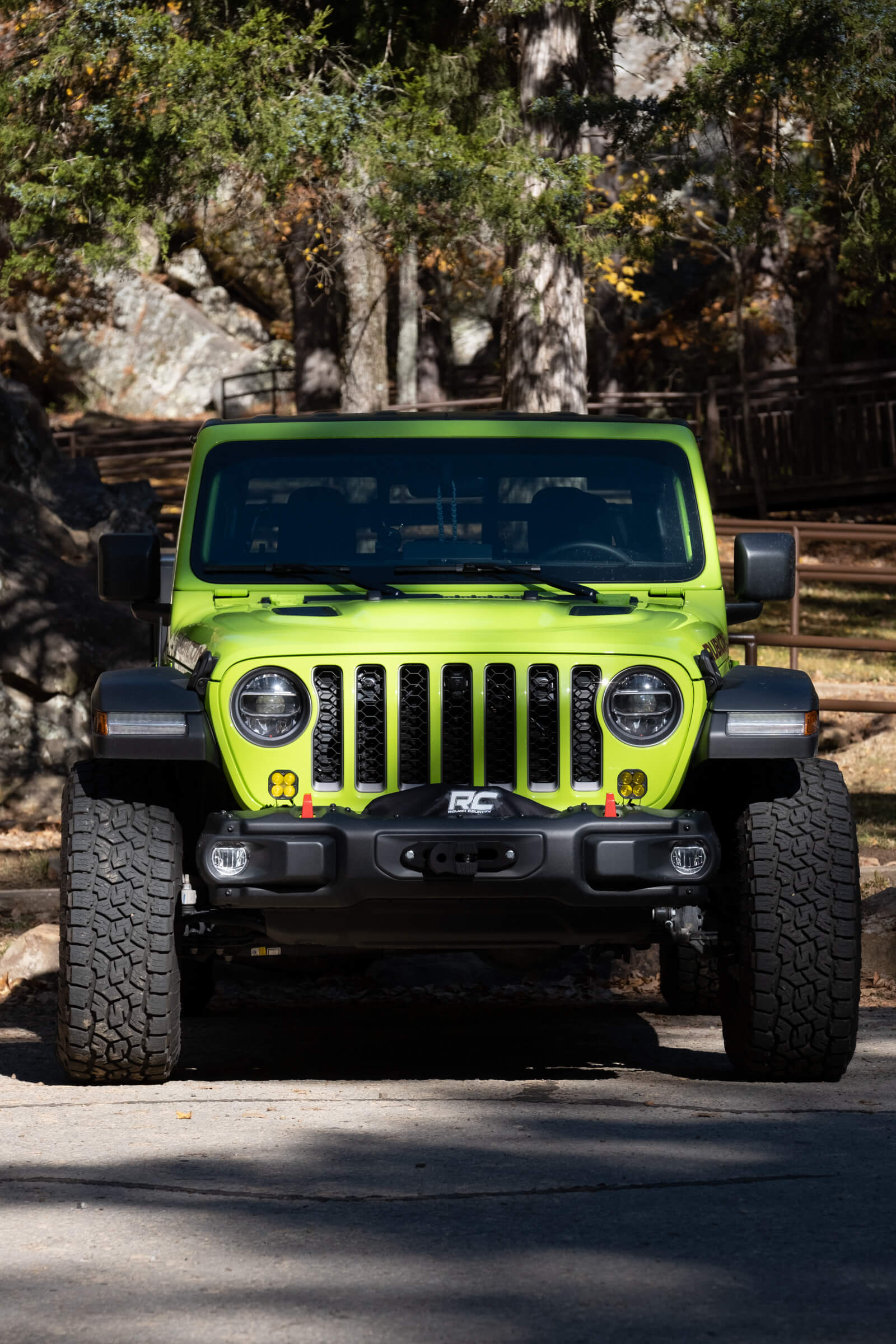 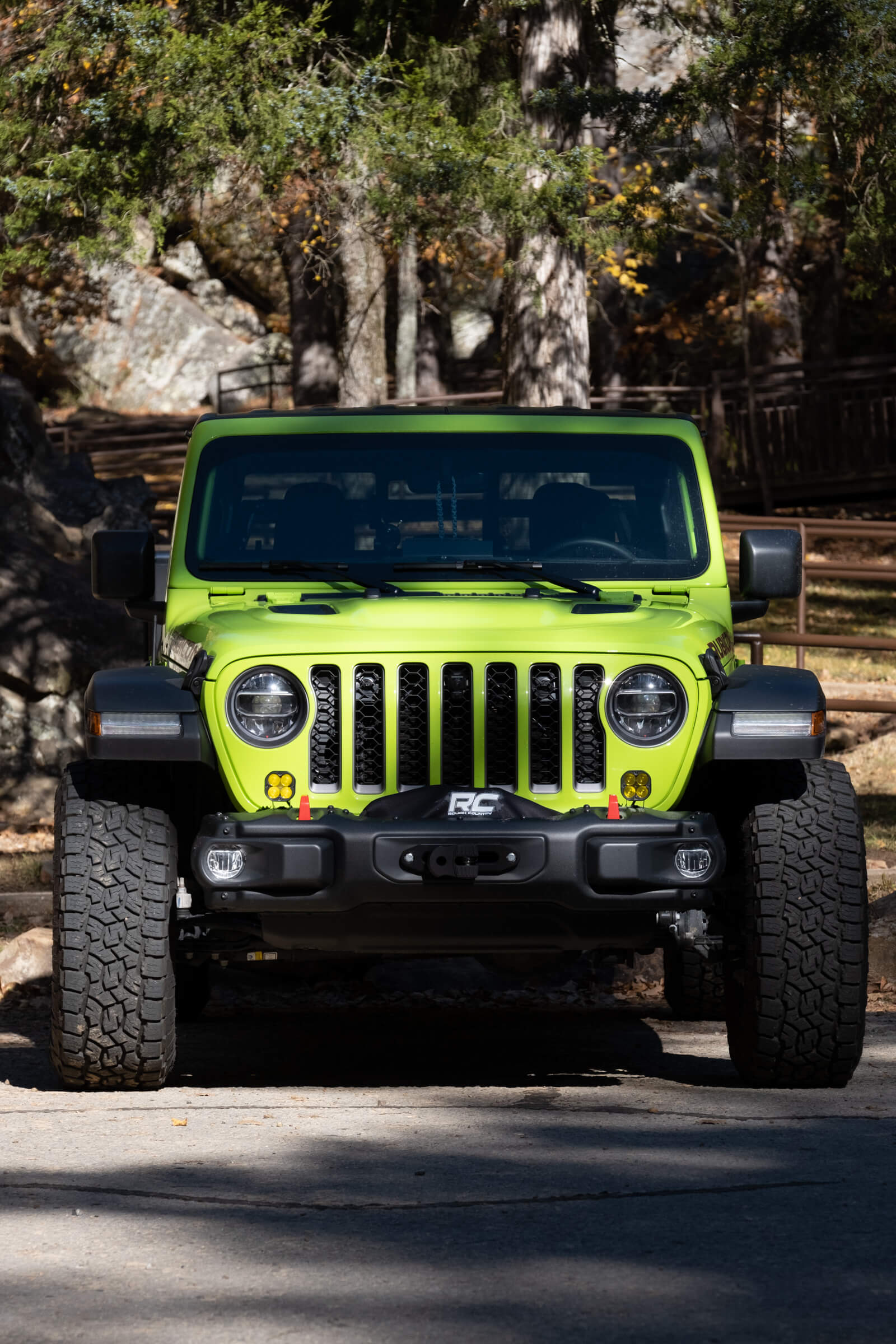 When it comes to distortions there’s some slight pincushion distortion that is present throughout the entire focal range. It’s not any better or worse at the short or long end. It stays consistent. It’s easy to fix during post, so that’s a plus. On a more positive note, there’s no vignetting to speak of here. Keep the lens correction profile turned on and you’ll have nothing to worry about.

When it comes to ghosting, the XF 50-140mm has the same weird green dot issue that plagues many other Fujifilm lenses. You can see them between the tines of the sun stars in the image above. This will be somewhat of an issue if you shoot portraits with the sun behind your subject. You do also lose a little bit of contrast but it’s nothing major. There are no chromatic aberration issues to talk about either. I tested the lens in some pretty hard contrast scenes and I didn’t see any green or purple fringing.

The Fujifilm XF 50-140mm f/2.8 R LM OIS WR is up there with the sharpest lenses Fujifilm has on offer. The 56mm f/1.2 and the 90mm f/2 are perhaps the sharpest Fujifilm lenses I have used, and the 50-140mm gives them a run for their money across the entire zoom range. The corners are perhaps a tad soft at f/2.8 but you have to look to see it. Diffraction doesn’t become an issue until you get down to around f/11. This telephoto zoom is like having several primes in one. The performance is impressive.

Whether you’re shooting at the short or long end the bokeh is pleasing. This should come as no surprise. Telephoto lenses and the compression they offer do wonders for out-of-focus areas. When you combine compression with fast apertures you get magic.

When shooting at the long end you can melt away backgrounds. Bokeh balls are pretty round in the center of the frame. There are some cat’s eye bokeh balls toward the edges and corners but they still look nice. If you shoot portraits or do product photography, you’ll love the bokeh that this lens can render.

How are the colors? Oh, baby! They’re gorgeous. You’re going to get bright, bold, beautiful colors that are perhaps a little more saturated than other lenses put out, but they look fantastic. The fall foliage in the images above really popped. The lens doesn’t lean toward the warm or cool end of the spectrum which is nice. It also renders pleasing skin tones, which is great seeing as many photographers will pick this lens up for portrait work.

The Fujifilm XF 50-140mm f/2.8 R LM OIS WR is not a new lens in the Fujifilm lineup, it is however a lens that all Fujifilm photographers should dream of owning. It’s that good. The lens is beyond sharp, it renders the most gorgeous colors and bokeh, it focuses fairly quickly and it’s accurate. Aside from some weird ghosting and the weight compared to the cameras it will attach to, it’s a joy to use.

From a build quality standpoint, the Fujifilm XF 50-140mm f/2.8 is one of the most well-built lenses Fujifilm puts out. The lens feels like a premium product and it’s weather-sealed to the nines. It’s an expensive lens at just under $1,600 but it’s worth it. If you shoot portraits, product photography, photojournalism or even landscapes, the XF 50-140mm f/2.8 is a lens that will help you create jaw-dropping images.

The Fujifilm XF 50-140mm f/2.8 R LM OIS WR is a premium lens for professional photographers who demand more from their glass. This lens is beyond sharp, it renders gorgeous colors and bokeh and the autofocus is speedy and accurate. This lens has a solid metal construction and it has plenty of weather sealing for when the going gets tough. It’s a must-have for Fujifilm shooters.

I’ve been photographing live performances for inclusion to the Sound Bites Grill Hall of Fame for about seven years. The...

Landscape photography is incredibly calming and relaxing, and capturing the beauty of the world is beyond rewarding. We’re lucky that...